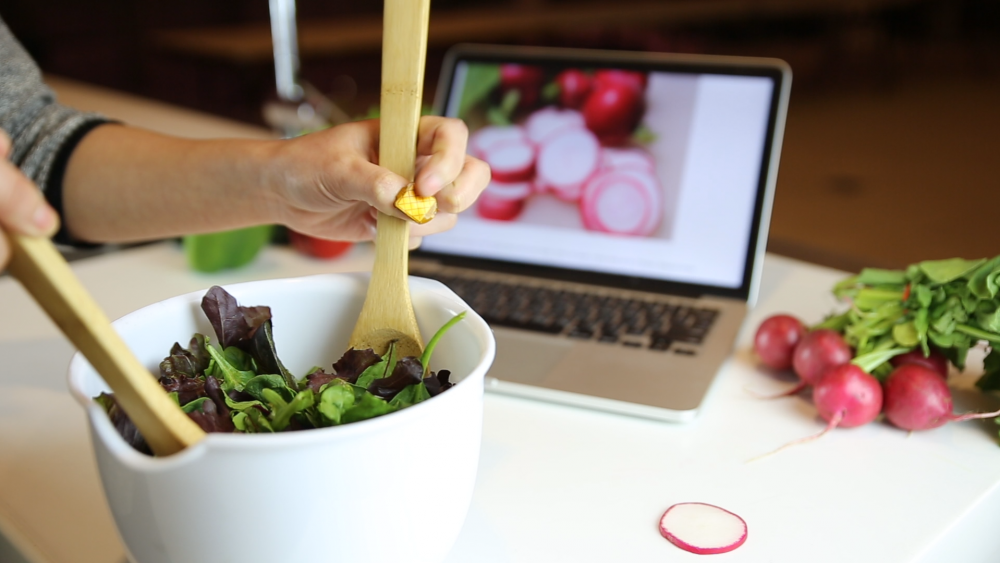 File this under cool cosmetic inventions coming out of Cambridge– two MIT Media Lab researchers are developing nail art decals that will double-time as touchpads to control your phone or laptop with a single swipe.

“The project was initially inspired by nail stickers,” said Kao. “I’m from Taiwan and [decals] are very popular, but when I was looking for them here, I couldn’t find them. So when we had the idea to add technology to a cosmetic product, it fit. When you put them on, they become an extension of your body, but you’re still able to take them off.”

Kao and Dementyev’s NailO’s paper will make its debut at the Association for Computing Machinery’s Computer-Human Interaction conference in South Korea next week, and the two are now on the hunt for manufacturing partners in China to improve further on its design. They are primarily seeking a thinner, more flexible, effective printed circuit board and a 0.5mm battery with a reduced surface area as to curve seamlessly across the fingernail.

“We want it to feel like an extension of your body to control digital worlds around you,” explained Dementyev. “Fingers are the most dexterous part of the body, so it makes it easier to manipulate and create gestures.”

Currently, the prototype clocks in with 92 percent accuracy and reacts to five set actions: left, right, up, and down swipes, and tapping to select.

“Our ultimate goal is to have a set of 10 fingers, so you can have multi-finger interaction,” added Kao.

The NailO may also be custom programmed to recognize specific actions like drawing an “X” to exit a program, or a circle to rotate.  The researchers are also looking into the way users’ finger lengths effect their gestures to create a finished product that is as comfortable as possible for owners.

The researchers foresee uses such as discreetly responding to an emergency text or e-mail during a meeting, turning the page of a cookbook while you’re elbows deep in salad, or any other time you feel like you need “a third hand” to access technology.

Like regular nail decals, the product has a fashion element, and different designs will be available for purchase. The idea is that the battery will be rechargeable, keeping the decals reusable, but a projected low price point could allow users to buy multiple designs to match their every mood and outfit.

How low is low? They estimate $10, should they be able to secure large scale manufacturing.

Enter to win a pair of tickets to attend The Hess Collection Seminar and Dinner as part of Boston Wine Festival 2018 at the Boston Harbor Hotel on Wednesday, March 14th. END_OF_DOCUMENT_TOKEN_TO_BE_REPLACED

HUBweek came to Boston, and we were there to take it all in. END_OF_DOCUMENT_TOKEN_TO_BE_REPLACED

Boston band Funeral Advantage is Tyler Kershaw. And Tyler Kershaw had a fun childhood, so it seems. END_OF_DOCUMENT_TOKEN_TO_BE_REPLACED

Perry put me on to daephne and the album blew my mind. END_OF_DOCUMENT_TOKEN_TO_BE_REPLACED