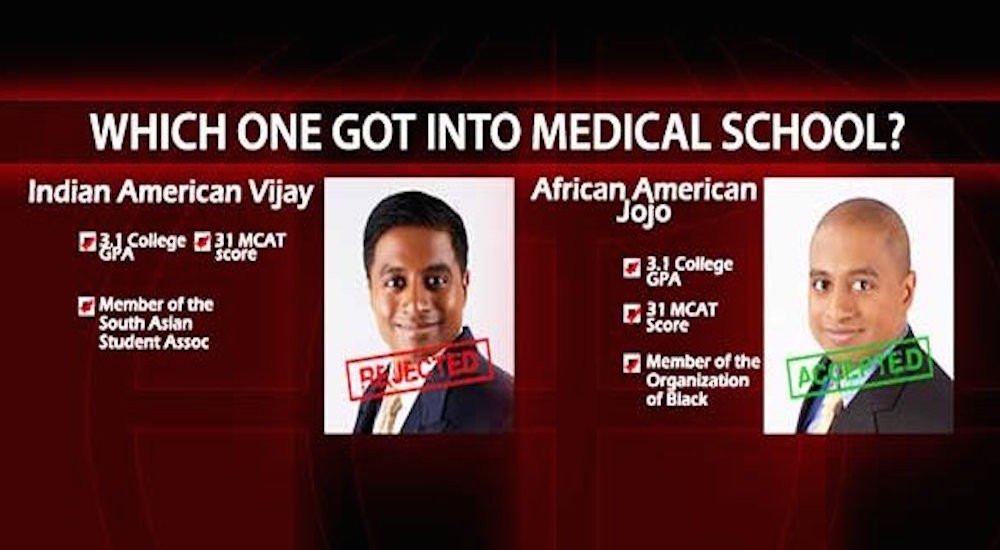 Mindy Kaling’s older brother and Massachusetts native Vijay Chokalingam is preparing to release his first full-length book Almost Black, a chronicle detailing how he believes he got into medical school by claiming to be African American in the 1990s.

The author explains on the book’s website that in his junior year of college, he realized that his grades would likely not be good enough to get him into medical school, sitting on a 3.1 GPA and aspiring to get into the Ivy League. What’s a guy to do who’s afraid for his future? In the case of Chokalingham, conduct a highly questionable social experiment that he alleges got him serious consideration from 11 major universities around the country including Harvard, Wash U, UPenn, Case Western, and Columbia.

“Vijay the Indian-American frat boy become Jojo the African American Affirmative Action applicant to medical school,” Chokalingham explained, changing his name and the way he identified race on his initial applications. The author says he also shaved his head and cut his long eyelashes to follow through on the ruse. 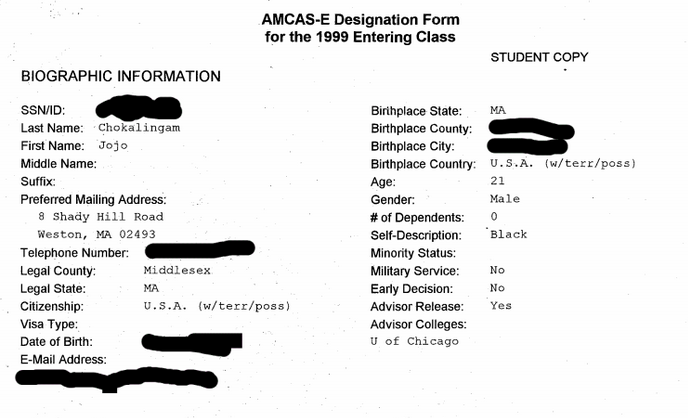 “Not everything worked out as planned,” he continued on the promotional website. Cops harassed me. Store clerks accused me of shoplifting. Women were either scared of me or couldn’t keep their hands off me,” he continued.

Of course, it’s only a balanced experiment if Chokalingham also applied to every school under his real name and ethnicity, but the information currently available doesn’t indicate either whether he did so or not. He has taken to Twitter to share more about his experience and respond to his detractors, of which there are plenty.

@VijayIngam Gonna need you to conduct the experiment growing up as a black man & see what your med school chances are.

I don't really understand @VijayIngam. Like, I am actually confused by this.

According to Chokalingham, among those disapproving is Chokalingham’s own family, including star of The Mindy Project and The Office and proponent of Indian-American womanhood, Mindy Kaling.

“My sister Mindy Kaling (Vera Mindy Chokalingam)… strongly disapproves of my book,” her brother admits on his website. “She actually said, ‘This book will bring shame on our family.’ The rest of my family does not agree with the book.”

Interestingly, the book in question is not even completed yet – while Chokalingham seems to have a firm grasp on the concept and structure, there is no release date or publisher yet listed for the work, by his own admission.

In the end, Chokalingam says that he didn’t end up going to medical school after getting into the UCLA Anderson School of Management under his real name and ethnicity, graduating in 2010. Today, he works as a resume writer who composes “application essays for applicants to college and graduate school.”

Hey, he’s not listed as Mindy Kaling’s “brother/nemesis” on Twitter for no reason (even if it reeks of marketing ploy). Kaling herself has made no statement on the matter.

Enter to win a pair of tickets to attend The Hess Collection Seminar and Dinner as part of Boston Wine Festival 2018 at the Boston Harbor Hotel on Wednesday, March 14th. END_OF_DOCUMENT_TOKEN_TO_BE_REPLACED

When he’s not running BostonTweet (or running the Boston Marathon), Tom O’Keefe is running around promoting Flutter. He was in studio with SumuApp co-founder Daniel Tewfik earlier today to talk about how you can win free rent for a year in Boston. END_OF_DOCUMENT_TOKEN_TO_BE_REPLACED

Boston band Funeral Advantage is Tyler Kershaw. And Tyler Kershaw had a fun childhood, so it seems. END_OF_DOCUMENT_TOKEN_TO_BE_REPLACED

Perry put me on to daephne and the album blew my mind. END_OF_DOCUMENT_TOKEN_TO_BE_REPLACED