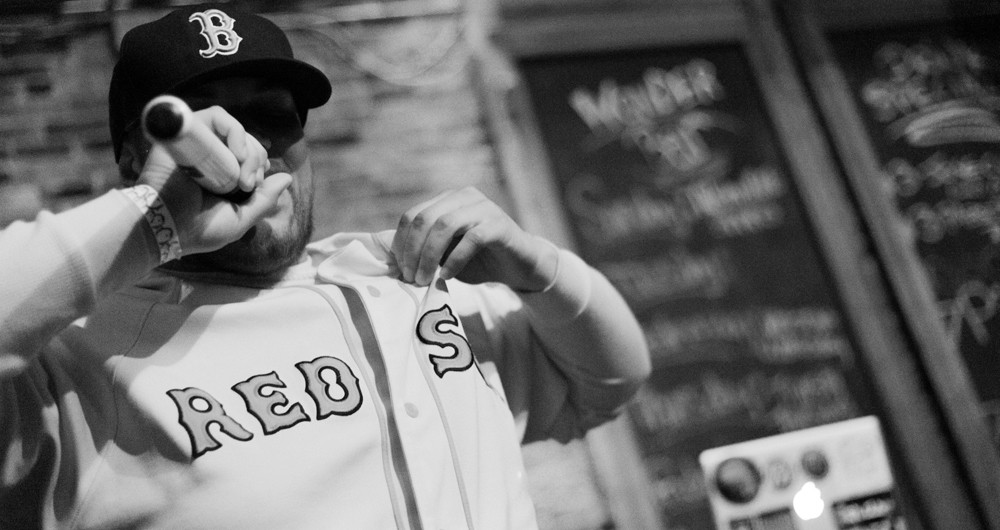 It’s not very often that some of the most talented performers in Boston are set to grace the same stage in a single night. This Sunday marks the 1 year anniversary of Mind Spray, a local hip-hop open mic and showcase series devised by promotion and booking company The Brain Trust.

Owner Conor Loughman diligently explains how the concept for Mind Spray was formed. “The Brain Trust has been booking shows since 2010, and Mind Spray is our reaction to doing hip-hop in Boston for so many years. It aims to answer the question: how do you unite a community and artists in a situation where they are more inclined to work together?”

He grows palpably restless when describing the vision he had in mind. “You hear about all of these crews and collectives of people, like Top Dawg Entertainment, Pro-Era, A$AP Mob. In Boston, this exists, but it’s just smaller and more insular. There’s just so much talent in and around the area. Mind Spray is a positive way of networking and making people a lot more aware of each other.”

The way Mind Spray is set up makes those occurrences both natural and inevitable, a feat that Loughman says fosters an open environment. “Anyone can sign up to perform at the open mic—beatboxers, rappers, poets. As long as you don’t do a Bob Dylan cover, the whole crowd tends to be respectful and polite.” His brief chuckle gives way to more vital details. “Three judges from the room are chosen, and they decide who their top 3 performers are. Ultimately, the crowd determines the winner.” For those who are intrigued by the format but apprehensive about displaying their talent, definitely know that the risk is worth the reward.

“Winners receive 2 hours of free studio time courtesy of The Bridge Sound and Stage, $100 cash prize, video of their performance shot by Downlow Productions, and a headlining slot at next month’s event. We definitely stack things in favor of the artists. Without partners like PBR, The Bridge, and Downlow, none of this would even be possible.” 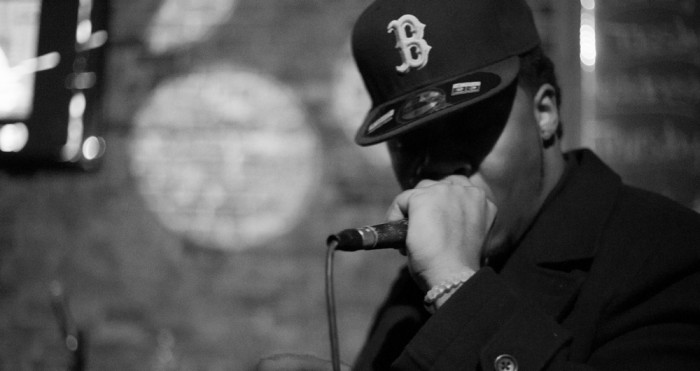 The most engaging facet of our conversation is Loughman’s fervor surrounding the event—and what the anniversary show symbolizes. “I haven’t been this excited about a show in a really long time. Over the years, The Brain Trust has done so many different things. We’ve refined our approach to customize events and to do it the most effectively.” In the end, Loughman has one main objective for his company. “We just want to spread the word about music we love—that will always be the goal.”

Perry Eaton writes for Boston.com. Perry Eaton talks on the radio with me from time to time. Today, he talked to me about what he’s been listening to and some upcoming shows and festivals worth checking out. Click here to read more. END_OF_DOCUMENT_TOKEN_TO_BE_REPLACED

In some ways, Palehound has always had a home in Boston. END_OF_DOCUMENT_TOKEN_TO_BE_REPLACED

Kal Marks is the kind of band that sneaks up on you. Whether you’re experiencing them at some basement show in Allston, or in an opening set for Pile at Great Scott, you may not see them coming, but they’ll immediately click. The combination of heavy sludgy riffs and lead singer Carl Shane’s unique crooning bowls you over. It’s dark and it’s compelling, but most importantly, it’s really earnest. END_OF_DOCUMENT_TOKEN_TO_BE_REPLACED

There’s been a lot written about Street Dogs evicting a group of neo-Nazis from the pit at their House of Blues, Anaheim show on St. Patrick’s Day. You don’t need to read any of it. Just listen to front man Mike McColgan tell the story. He talks about joining his old band, Dropkick Murphys, on stage in Boston last week, too. END_OF_DOCUMENT_TOKEN_TO_BE_REPLACED

It’s not her best. END_OF_DOCUMENT_TOKEN_TO_BE_REPLACED

When in Nashville, do as the locals do. Since relocating to Tennessee a few months ago, this seems to have been Steven Tyler of Aerosmith’s approach after announcing in an October Twitter Q&A session that he intended to record a country album, an endeavor he’s well in the process of completing. END_OF_DOCUMENT_TOKEN_TO_BE_REPLACED

“I’m Shipping Up To Boston” just turned ten years old. Boston.com’s Matt Juul put this piece together on the history and significance of the Dropkick Murphys song, then joined me in studio to talk about it. END_OF_DOCUMENT_TOKEN_TO_BE_REPLACED

Boston is a city known for it’s Irish heritage, and it’s celebration of it. Two main traditions have held strong in Boston: the St. Patrick’s Day Breakfast and subsequent Parade. But I argue there is a third now: seeing the Dropkick Murphys at the House of Blues during their multi-night March Residency. END_OF_DOCUMENT_TOKEN_TO_BE_REPLACED

Sure, you might see a punk show on Monday and a chillwave band on Thursday and so on, but usually you favor one sound over another because you’re a busy bee and time is honey. It’s been the same for years, and the Prefab Messiahs can vouch. END_OF_DOCUMENT_TOKEN_TO_BE_REPLACED