Pro surfer Mick Fanning was attacked by a shark on live television.

The attack occurred during the J-Bay open South Africa.

Thankfully, Fanning’s okay. Here he is talking about the incident, which occurred just minutes into the competition.

As word spread that Fanning was unharmed, the surfing community let out a sigh of relief.

Shark attack on @mick_fanning during the final in Jbay . I cannot believe you're ok brother WOW… https://t.co/KjMVlrM8rq

Did I really just wake up to seeing that😣😢 love you @Mick_Fanning glad you're OK!!!!!!!

Thanks the Lord @Mick_Fanning is OK 🙏 too crazy

“It came up and got stuck in my leg rope,” Fanning said. “I instantly just jumped away. It kept coming at my board and I was kicking and screaming. I just saw fins.”

“I didn’t see teeth. I was waiting for the teeth to come at me. I punched it in the back.” 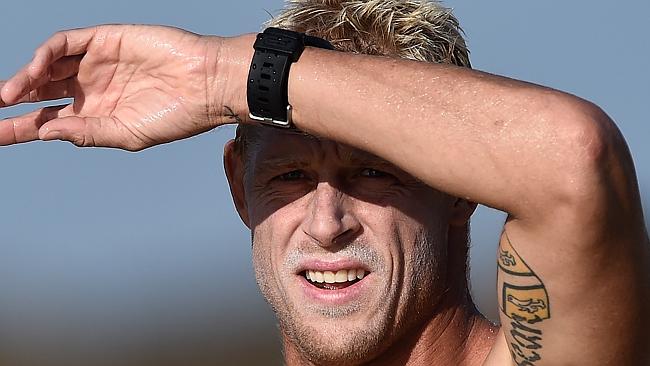