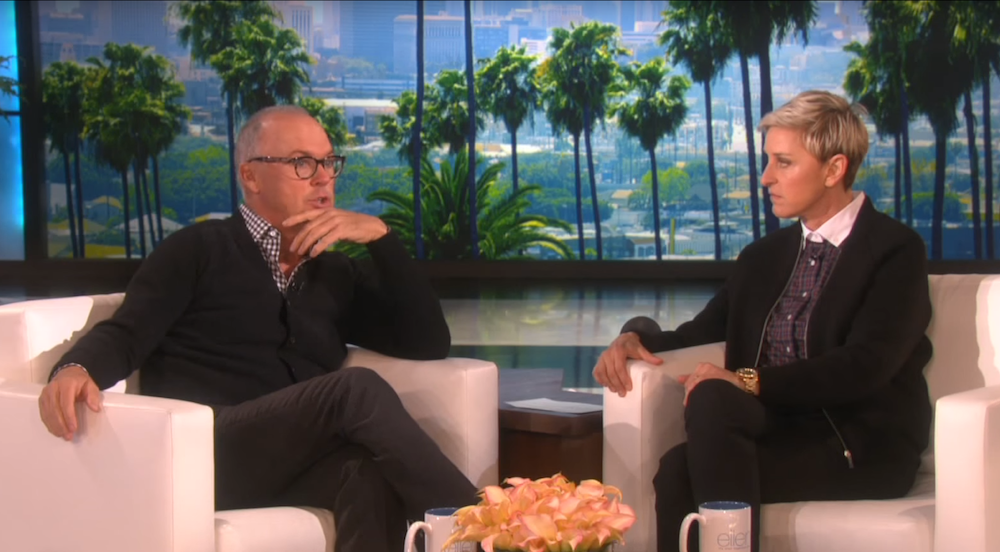 Michael Keaton is already getting Oscar buzz for his gripping performance as Boston Globe editor Walter “Robbie” Robinson in Spotlight. Like many Bostonians portrayed in the film, Keaton was raised Catholic.

In the film, Globe reporter Sacha Pfeiffer (played by Rachel McAdams) tries to hide the reporting she’s doing from her mother, a devout Catholic. As Keaton revealed in an interview with Ellen DeGeneres, his own mother also took her religion quite seriously.

“She was a devout Catholic,” Keaton said. “Every morning she would drive to mass without a driver’s license because she never got one.”

As much as Keaton may have loved his mother, who passed away in 2002, he can certainly recognize the irony.

“She was breaking the law on the way to church,” Keaton said. “And I imagine confessing when she got there.”

Check out Keaton’s interview below.