Growing up, one of the great thrills of Oscar watching came during moments when lowly sitcom stars and comedians received awards attention. It felt like a validation of the things I watched with my friends, an acknowledgement that these performers – whether it was Bill Murray, or former “Fresh Prince” Will Smith – were just as worthy, and capable of the sorts of pathos, as traditional dramatic actors.

As an adolescent, the thought that Steve Martin was ignored for “All of Me,” or Eddie Murphy for “The Nutty Professor,” felt like an absolute travesty. It was yet another symptom that parents/the establishment just didn’t understand. Of course, things done changed, to an extent. Nowadays, it is not impossible for even someone like Melissa McCarthy to become an Oscar nominee.

This year’s cause célèbre within awards circles is Alejandro González Iñárritu’s “Birdman” (now in Boston), and its star: former Batman/Beetlejuice/Mr. Mom Michael Keaton.

As profiles in Variety  and Esquire underscore, Keaton has had a varied career. Essentially spending his post-Batman years in character roles, his role in “Birdman” is being touted as a Travolta-esque reemergence, with Variety hailing the actor’s “kinetic, revelatory performance.”

It should come as no surprise, particularly for those who have seen “Clean and Sober.” More to the point, Keaton is only the latest critical darling to originate from a specific period of Hollywood history: the late ’70s-early ’80s sitcom. From his guest spots on shows like “Maude” and “Mary Hartman, Mary Hartman,” to his own, failed projects like 1979’s “Working Stiffs,” Keaton cut his teeth on the sitcom circuit.

In retrospect, Keaton’s sudden resurgence makes his situational comedy background feel like it’s a part of a bona fide trend. Let’s briefly examine a few other notable graduates from this era – perhaps something was in the water.

Breakdown: As The Dissolve’s Keith Phillips makes clear in “The irreducible element of Michael Keaton,”  in an alternate universe Michael Keaton would have Tom Hanks’ career. In fact, as Philadelphia Inquirer movie critic Carrie Rickey deduced in this 1986 film review, Hanks and Keaton were contemporaries in frequent comparison.  And why not? Around the same period Keaton was launching “Report to Murphy” – yet another quickly cancelled show – on CBS, Hanks was wrapping his career-launching sitcom, “Bosom Buddies,” on ABC.

While Hanks got his start on “Happy Days” under Garry Marshall, Keaton appeared in a sitcom pilot directed by Marshall’s sister, Penny.

Finally, after spending two years masquerading in drag and hanging out with Peter Scolari, Hanks ventured into movies with a quintessential ’80s comedy (“Bachelor Party”), and a starring role in a film from burgeoning director, and former sitcom star, Ron Howard (“Splash”).  Keaton would follow the same template when he kick-started his own movie career with “Night Shift.”

Breakdown: This one is sad to write-up, but it’s a testament to Williams’ legacy that he’s the gold standard when it comes to transitioning from sitcom star to respected thespian. Like Keaton, Williams spent the late ’70s guest appearing on sitcoms and doing stand-up comedy. Like Hanks, he springboarded from a guest spot on “Happy Days” into a sitcom of his own.

“Mork & Mindy” ran for 92 episodes before Williams diligently pursued dramatic roles as much as he did comedy. As an infinite amount of obit/think pieces have described, Williams mastered the feat of tragicomedy in his work. Netflix “The Fisher King” now, if you don’t believe me. Or “The World According to Garp.” Or “Seize the Day,” etc. 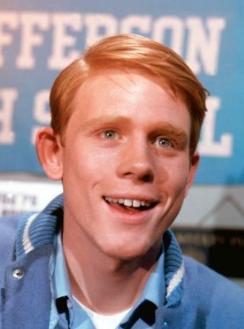 Breakdown: As mentioned, Howard’s collaborations with Keaton and Hanks were central to both stars’ popularity in the ’80s. Indeed, the former child star himself benefitted from coming of age in a television era dominated by Garry Marshall and Tom Miller productions.

As a filmmaker, Howard began as an apprentice of the infamous Roger Corman before making his studio debut with 1982’s “Night Shift,” co-starring Keaton, Shelley Long from “Cheers” and his “Happy Days” pal Henry Winkler. It’s a total consortium of network comedy’s finest at the time– the sitcom star equivalent of “The Firm.”

By the time Keaton and Howard teamed for 1994’s “The Paper,” both men’s careers had radically changed. Keaton was at the apex of his fame, and would soon withdraw into smaller roles; Howard would become one of Hollywood’s top filmmakers.

Roger Corman is often credited for fostering a talent factory in the ’60s and ’70s, an environment where some of the entertainment industry’s top minds (Jack Nicholson, Francis Ford Coppola, James Cameron, Howard) were allowed to experiment. I would argue the low production value setting of the traditional network sitcom as another creative hub, inadvertently enabling many of Hollywood’s stars to learn how to craft a character, and play to an audience, under strict limitations. In particular, the late ’70s and early ’80s were a concentrated period for the American sitcom, resulting in the creation of multi-talented stars just as comfortable in comedies as they were in dramas.

Hanks, Williams and Howard each paid their dues during this period. Ultimately, each one would win at least one Academy Award, a feat likely now being pursued by “Birdman” and Keaton’s marketing apparatus (if he works for it… shout out Sasha Stone). To be sure, Keaton’s narrative – former Batman, ’80s star, 63-year-old character actor – makes him an ideal candidate for awards consideration. It is his early work, however, as a young, hungry sitcom actor, which grounds Keaton’s trajectory and makes his current work all the more remarkable.

Enter to win tickets to see Trio Da Kali at The Villa Victoria Center of the Arts (Newton, MA) on April 10th. END_OF_DOCUMENT_TOKEN_TO_BE_REPLACED

END_OF_DOCUMENT_TOKEN_TO_BE_REPLACED

Enter to win tickets to Rhye at The Paradise on February 28th. END_OF_DOCUMENT_TOKEN_TO_BE_REPLACED

Her new album has been pushed back, but we have Kimbra’s new single for you. END_OF_DOCUMENT_TOKEN_TO_BE_REPLACED

The folk duo returns with a new record this week. END_OF_DOCUMENT_TOKEN_TO_BE_REPLACED

Now that we’re done looking back at 2017, let’s look ahead at 2018. END_OF_DOCUMENT_TOKEN_TO_BE_REPLACED

Our first Song of the Week for 2018. END_OF_DOCUMENT_TOKEN_TO_BE_REPLACED

In a year when so many things were off, the music was right on. END_OF_DOCUMENT_TOKEN_TO_BE_REPLACED