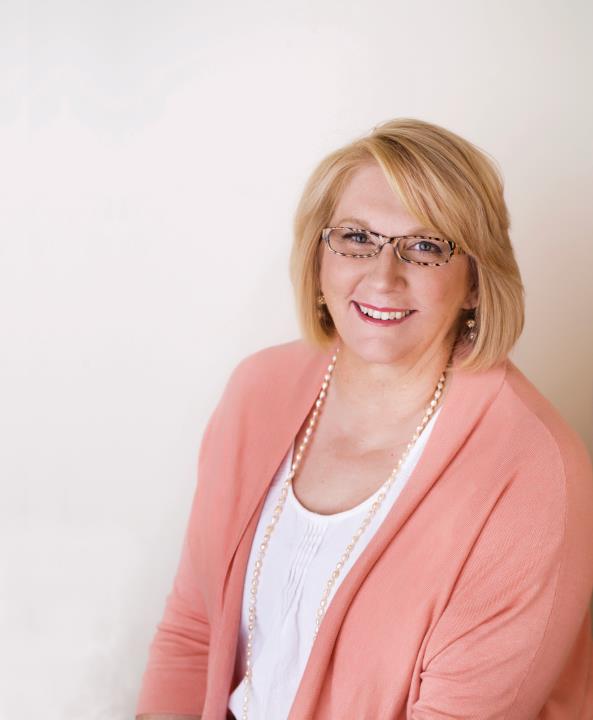 The St. Louis native’s whimsical illustrations and witty captions have been used in greeting cards, children’s books, and a variety of other products, earning her a spot on the St. Louis Walk of Fame in 2013.

But when Engelbreit posted an illustration about an issue very important to St. Louis-area residents — the death of Michael Brown in Ferguson — to her Facebook page last Friday, she faced a storm of criticism from some of her 174,000 fans. 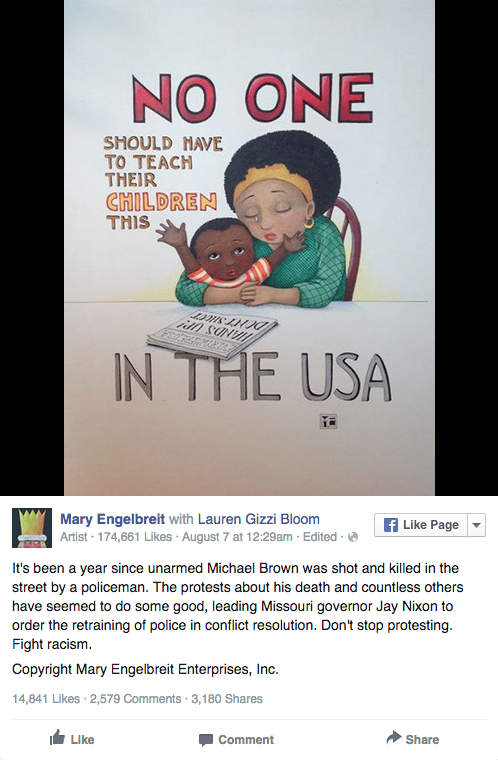 Some of her fans supported her.

But many lambasted her, telling her to “shut up and draw.”

Faced with this criticism, Engelbreit doubled down. 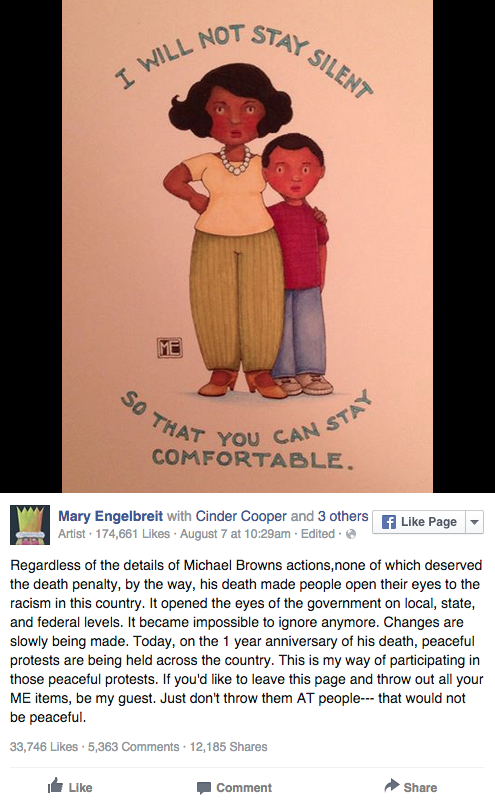 She even responded to a few pieces of criticism herself. 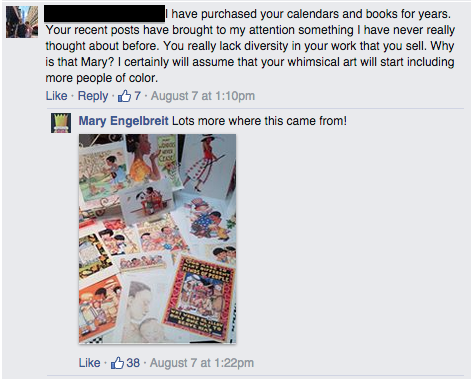 (For the record, Engelbreit first posted the illustration in August 2014, donating proceeds from sales of the illustration to the Michael Brown Jr. Memorial Fund, and she faced the wrath of the Internet then, as well.)

But even amidst the vitriol, Engelbreit found a way to stay above the fray.

Then she posted one of her older illustrations, preferring to let the message speak for itself.

Artists for Humanity Co-founder Jason Talbot and Major Gifts Director Emily Smaldon were in studio this morning with Mallory Bazinet, Event Manager for GrandTen Distilling. Jason and Mallory talked about The Contemporaries, their upcoming event to launch a new patron group for young professionals. Click here to join them on Thursday, August 17! END_OF_DOCUMENT_TOKEN_TO_BE_REPLACED

Aida Villarreal-Licona is the Events Coordinator for SoWa Boston’s Art & Design District. She was in today to talk about their holiday shopping event this Thursday December 15 from 4-8 p.m. at 450 Harrison Avenue. A great opportunity to help local artists and get some holiday shopping done! END_OF_DOCUMENT_TOKEN_TO_BE_REPLACED

My first Field Trip (of hopefully many) was over half-a-decade in the making. END_OF_DOCUMENT_TOKEN_TO_BE_REPLACED

Natalie Lemle was in to talk about ArtLifting, a program that aids homeless and disabled artists. Currently, 72 artists in 11 states are receiving 55% of all profits from your purchase of their artwork and photography. Click “more” to hear my chat with Natalie and to see work from one of the artists. END_OF_DOCUMENT_TOKEN_TO_BE_REPLACED

Melanie Gillespie is an author and the founder of Mel O’Drama School of Acting in Milton. She was in studio this morning to talk about her latest book Darlene and the Drama Queen and how acting can help kids to develop confidence. END_OF_DOCUMENT_TOKEN_TO_BE_REPLACED

Boston Author Lauren K. Stein says her new book ‘Fresh Made Simple‘ was inspired by cooking in the kitchen with her daughter Abigail. The book isn’t just for kids, though. Listen as she describes the book and as we sample some of the recipes. END_OF_DOCUMENT_TOKEN_TO_BE_REPLACED

It’s no secret that Bostonians like to show their Patriot pride with tattoos. Who can forget the awesome guy who got that sweet Bill Belichick arm tattoo? Or the less-awesome guy who showed off his full-head Tom Brady helmet tattoo in his mugshot? END_OF_DOCUMENT_TOKEN_TO_BE_REPLACED

A scenic train ride through wine country Saturday turned sour for members of a local book club; they were kicked off the Napa Valley Wine Train for allegedly laughing too loudly. END_OF_DOCUMENT_TOKEN_TO_BE_REPLACED