Meghan Trainor’s New Single Is Bad on Every Level

It’s not her best.

Every once in a while, there comes a song that undoubtedly has a bad message but is too catchy to deny humming, even against your own will. Remember when we all threatened to “skeet” on each other at our middle school dance? Or when the song of the summer was a non-consent anthem? Fortunately, the 21-year-old singer doesn’t make the song too catchy so we’ll be able to chuck it out in a couple weeks, though if this song experiences anywhere near the success previous releases “All About That Bass” and “Lips Are Movin'” did, we won’t be rid of it for a while.

The interesting career move that almost was for Meghan Trainor was her packaging a progressive message (being bigger isn’t bad via “All About That Bass”) in a retro-pop style. With her new video, Trainor has ended up perpetuating a series of thoughts that are confusing at best, and regressive at worst. Enter the music video for “Dear Future Husband,” a song whose very title elicits a groan.

The song’s lyrics are about Trainor’s standards for the man she’ll marry one day, and features a series of confusing sequences that run the spectrum of heteronormative boredom. Here to help her are these four backup dancers with no life in their eyes: 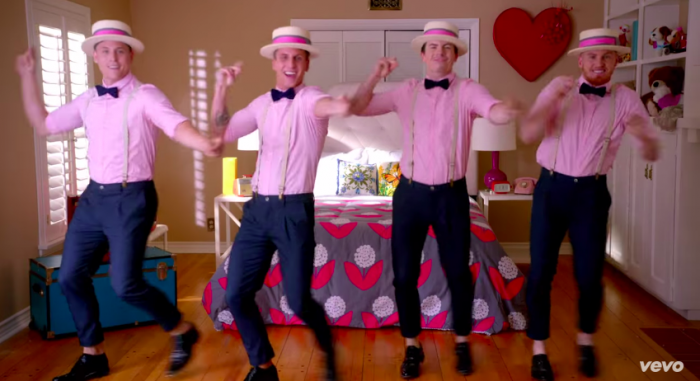 The potential ‘husbands’ of the video are either seen standing completely lifeless holding presents, knocking on Trainor’s door incessantly and being aggressively rejected by her as a “FAIL” message flashes across the screen. 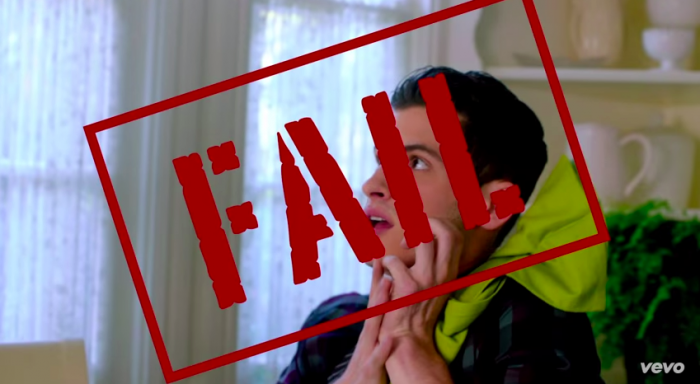 Insipid message aside, the song is not great. I’ll admit that even though it slammed thinner women as “bitches” throughout, “All About that Bass” was catchy as hell and yes, I will listen to it on Spotify but only when the “Private Session” setting is switched on. “Dear Future Husband” is the kind of song that will be popular but not memorable – it’s a sickly merry-go-round of the same five notes, with lyrics only worth mentioning because of their failed attempt at satire. 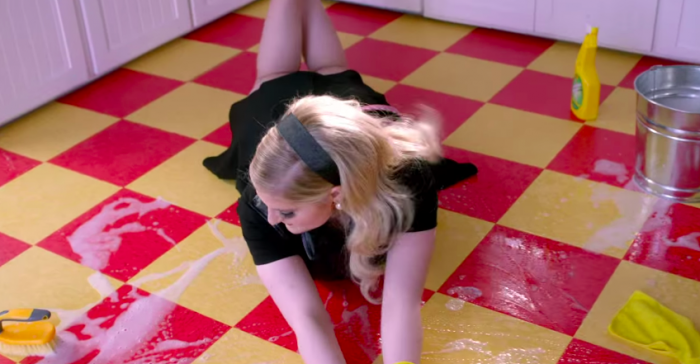 You got that 9 to 5
But, baby, so do I
So don’t be thinking I’ll be home and baking apple pies 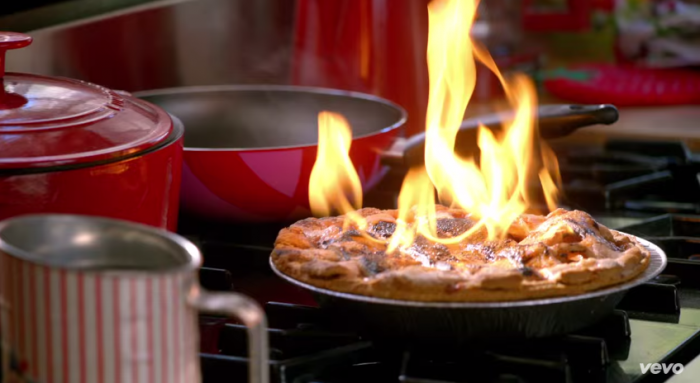 Cut to…a shot of her baking apple pie? But badly, because…she’s a feminist? Feminists can’t cook something without lighting it on fire. Right? Relatable! 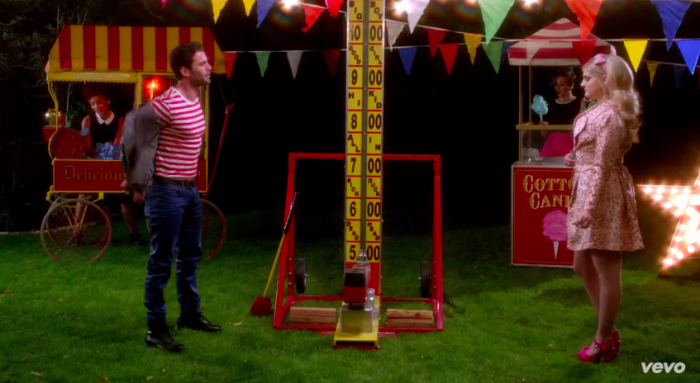 This is after Trainor asks her suitor to “treat me like a lady, even when I’m acting crazy” and logs onto Fake Tinder (ugh) in the video after he isn’t buff enough to win a carnival game. The cotton candy, pink and bad pleather skirts in “Dear Future Husband” are a clear pass at the young singer’s even younger audience.

Before the video wraps when Trainor chooses the pizza boy because why not, some of the barber shop boys do strip teases at the fake carnival because who cares. 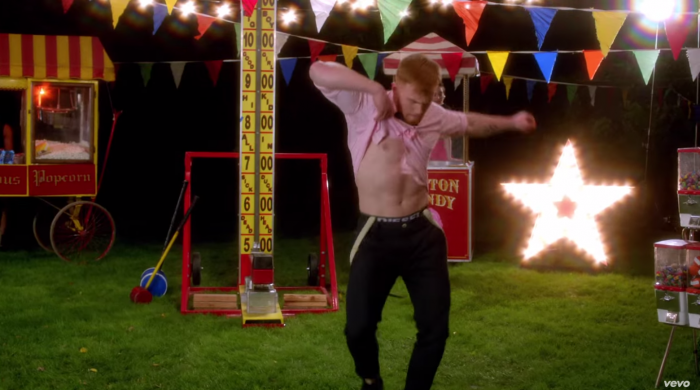 If “Dear Future Husband” is an attempt at musical satire, it’s a confusing and poorly done one that’s performed in the nasal baby tones so familiar to this genre.

The most questionable part of the ever-growing Trainor brand is that, unlike Lil’ Jon and Robin Thicke, she’s positioning herself as a role model to kids. At a recent NYC show, she gave shout-outs to moms and kids in the audience, saying, “Moms! Shout out to the moms dancing their butts off tonight — you look great!”

Sure, she’s not the first to do this – hell, my mom and I shared a disturbing mutual lust for AJ from Backstreet Boys back in the day – but think twice before buying into this song that will try to trap you in its regressive verse. On another note, think extra hard before you buy a pleather skirt.

Enter to win tickets to see Trio Da Kali at The Villa Victoria Center of the Arts (Newton, MA) on April 10th. END_OF_DOCUMENT_TOKEN_TO_BE_REPLACED

END_OF_DOCUMENT_TOKEN_TO_BE_REPLACED

Enter to win tickets to Rhye at The Paradise on February 28th. END_OF_DOCUMENT_TOKEN_TO_BE_REPLACED

Enter to win a pair of tickets to attend The Hess Collection Seminar and Dinner as part of Boston Wine Festival 2018 at the Boston Harbor Hotel on Wednesday, March 14th. END_OF_DOCUMENT_TOKEN_TO_BE_REPLACED

Her new album has been pushed back, but we have Kimbra’s new single for you. END_OF_DOCUMENT_TOKEN_TO_BE_REPLACED

The folk duo returns with a new record this week. END_OF_DOCUMENT_TOKEN_TO_BE_REPLACED

Now that we’re done looking back at 2017, let’s look ahead at 2018. END_OF_DOCUMENT_TOKEN_TO_BE_REPLACED

Our first Song of the Week for 2018. END_OF_DOCUMENT_TOKEN_TO_BE_REPLACED