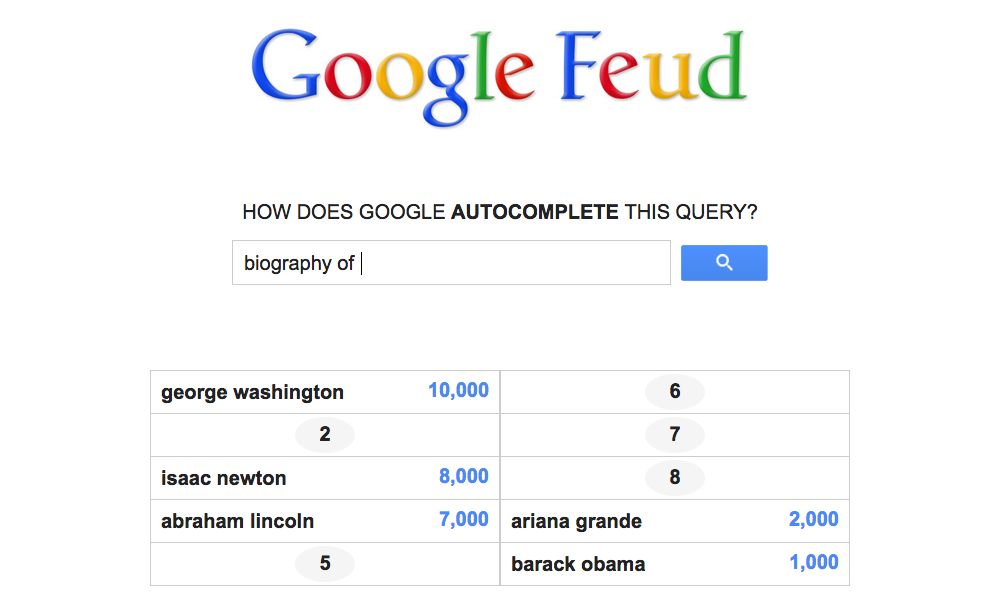 If you were bored or antsy at work this past Friday (and who among us wasn’t?, you may have played a round of Google Feud, the Family Feud-style game where users try to guess the top ten answers that finish Google Autocompletes. 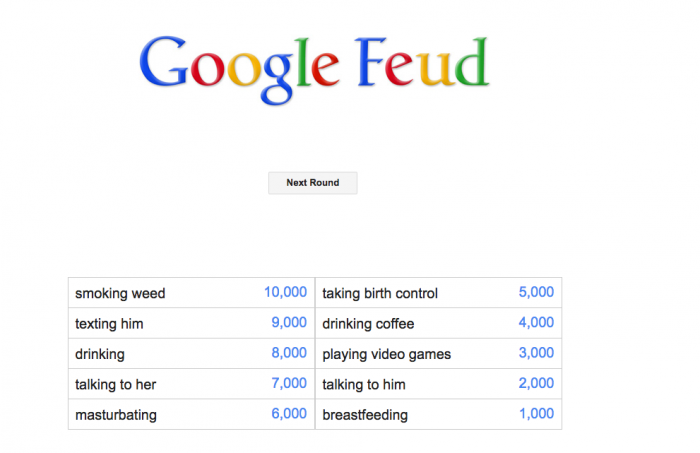 The incredibly addicting game is the brainchild of Boston University alum Justin Hook, who came up with the site’s concept in 2013 while working in LA as a part-time producer for a SiriusXM show hosted by Boston comic Greg Fitzsimmons.

Hook was trying to think of a way to combine comedy and programming, since he’d initially paid the bills after graduation by doing freelance web development for a professor in BU’s film department.

“Around then, I saw a bit on the short-lived Comedy Central show, The Jeselnik Offensive, where they asked audience members to guess how Google autocompletes ‘white people smell like…’ ‘black people smell like…’ and the like,” Hook said. “Basically, they were trying to get people in the audience to voluntarily say racist things.”

“I saw potential for a web game immediately, though maybe without the racism aspect, and within a couple days, I made a basic prototype of Google Feud, which I unveiled online soon after.”

Though the site saw modest traffic when it debuted in April 2013, it wasn’t until two weeks ago that the site started gaining traction again.

“First there was a Reddit post, then an article in Germany’s “Spiegel Online, then I think the Onion’s AV Club,” Hook said. “Buzzfeed picked it up last Thursday, featuring it on their front page, and I think that’s ultimately what made it blow up.”

Once the Buzzfeed effect took hold, Google Feud began to lag, and eventually was overwhelmed by traffic. Google also limits how often one source can access its auto-complete data, and Google Feud was way over the threshold. That’s when Hook reached out to his fellow alum Jeff Greco, who he met while working on the BU’s late-night show BU Tonight. (Disclosure: Greco has also worked on Boston People, a Boston.com site.)

Greco rewrote a large section of the code, and changed the underlying code so that the site caches Google’s autocomplete data for a short time rather than constantly pulling live data. According to Hook, it still pulls frequently enough that the game will stay interesting over time, and make repeat visits worthwhile.

I encountered a true test of how frequently the cache is updated when I missed the top result for Robert _______. 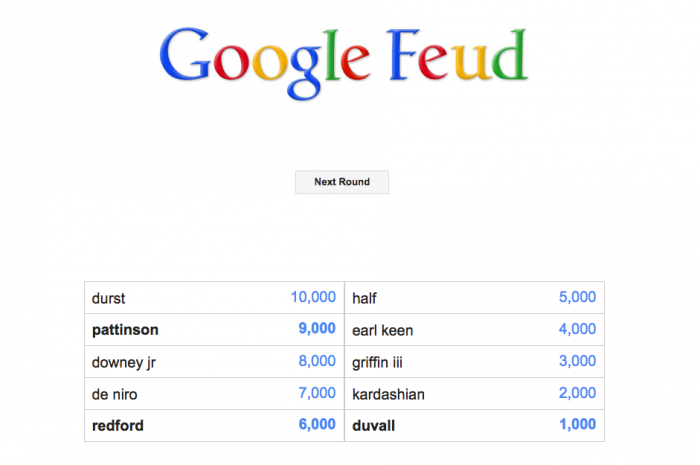 Though I got timeless Roberts like Duvall and Redford, I whiffed on Robert Durst, the subject of HBO’s much-discussed documentary The Jinx, who was arrested on first degree murder charges after admitting he “killed them all” while still mic’d up after an interview segment for the show.

Creepy potential killers aside, survey says Google Feud is a fun diversion to make your workday fly by, thanks to two BU alums who had a little time on their hands.

Enter to win a pair of tickets to attend The Hess Collection Seminar and Dinner as part of Boston Wine Festival 2018 at the Boston Harbor Hotel on Wednesday, March 14th. END_OF_DOCUMENT_TOKEN_TO_BE_REPLACED

HUBweek came to Boston, and we were there to take it all in. END_OF_DOCUMENT_TOKEN_TO_BE_REPLACED

Boston band Funeral Advantage is Tyler Kershaw. And Tyler Kershaw had a fun childhood, so it seems. END_OF_DOCUMENT_TOKEN_TO_BE_REPLACED

Perry put me on to daephne and the album blew my mind. END_OF_DOCUMENT_TOKEN_TO_BE_REPLACED