Massachusetts Students Would Rank 9th Worldwide Without Rest Of U.S. Dragging Them Down 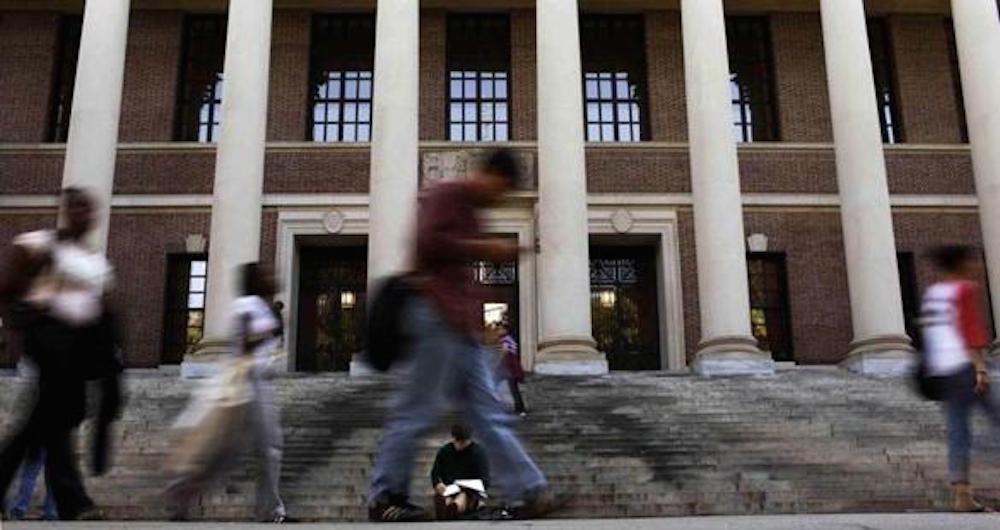 Massachusetts high school students would rank 9th overall worldwide if the state were its own country, according to a Forbes in-depth analysis of recent results from the Program for International Student Assessment (PISA) test.

The United States continued to drop in the rankings, finishing 31st out of the 67 developed countries polled in math, 24th in science, and 21st in reading. For a country still considered a superpower by many abroad (and 100% of Toby Keith fans domestically), this is not good news.

There is a caveat, however. China had certain regions ranked separately, which means Shanghai, Taipei, Hong Kong, and Macao all placed separately in the top 6 for mathematics. Which is totally unfair! That’s why Forbes decided to parse out how all 50 states would rank worldwide:

By digging deeper into the Free Enterprise analysis, I found that if Massachusetts were allowed to report subject scores independently — much the way that, say, Shanghai is allowed to do so — the Bay State would rank 9th in the world in Math Proficiency, tied with Japan, and on the heels of 8th-ranked Switzerland. In reading, Massachusetts would rank fourth in the world, tied with Hong Kong, and not far behind third-ranked Finland.

But what about the states that are dragging America’s ranking down? Not every state can be as preternaturally intelligent as we are.

According to Free Enterprise, the bottom 10 performing US states (the list includes the District of Columbia) are, from best to worst: Nevada, Tennessee, Oklahoma, Hawaii, Alabama, West Virginia, New Mexico, Louisiana, the District of Columbia and Mississippi. At 14% proficiency in math, Mississippi is on par with Bulgaria, Trinidad and Tobago, and Uruguay. At 8% math proficiency, DC is on par with Kazakhstan, Mexico and Thailand.

People may call us elitist, but when you’ve got the goods, why not flaunt them? We’ve got big, bodacious brains, and the Mississippis of this great nation would do well to acknowledge that from time to time without muttering obscenities under their breath afterward.

Enter to win a pair of tickets to attend The Hess Collection Seminar and Dinner as part of Boston Wine Festival 2018 at the Boston Harbor Hotel on Wednesday, March 14th. END_OF_DOCUMENT_TOKEN_TO_BE_REPLACED

Boston band Funeral Advantage is Tyler Kershaw. And Tyler Kershaw had a fun childhood, so it seems. END_OF_DOCUMENT_TOKEN_TO_BE_REPLACED

Perry put me on to daephne and the album blew my mind. END_OF_DOCUMENT_TOKEN_TO_BE_REPLACED

END_OF_DOCUMENT_TOKEN_TO_BE_REPLACED

Ted Regan of the family-owned and operated Mass Bay Lines joined me in studio this morning. This summer, Mass By Lines is celebrating their 50th anniversary by adding a variety of specialty cruises to their well-known Harbor Tours, Sunset Cruises, and Starlight Cruises. Click here to enter to win VIP passes that will get you on to any cruise for free for the entire summer! Click through to listen to my chat with Ted. END_OF_DOCUMENT_TOKEN_TO_BE_REPLACED