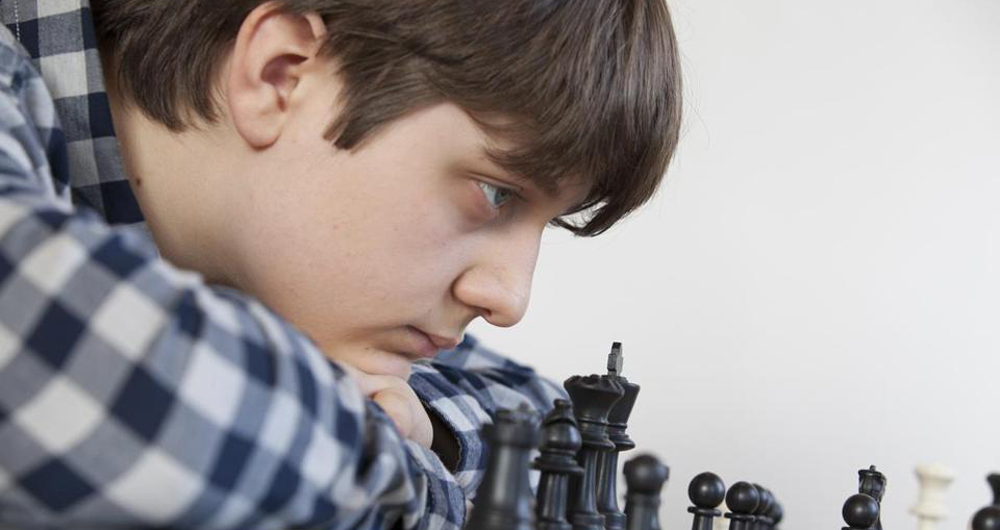 13-year-old Sam Sevian of Southbridge, MA has likely been called “wicked smahht” more than a few times, because he lives near Boston where some people talk like that and he’s highly intelligent.

The Worcester Telegram and Gazette reports that at the recent Chess Club and Scholastic Center 2014 Invitational in St. Louis, Sevian surpassed the 2,500-point rating in the World Chess Federation. That, along with completing three “norms,” which are superior performances against other Grandmasters, as explained by chess club spokesman Brian Jerauld, is what one needs to qualify as a chess Grandmaster in the World Chess Federation.

Having completed this task at the age of 13 years, 10 months, and 27 days, Sevian edged out the former youngest chess grandmaster in US history, Ray Robson, who had set the previous record when he was 14 (what a dummy, right?). Sevian is home schooled and regularly competes in tournaments.

This is an impressive feat for sure, but having once won several consecutive games of Hungry Hungry Hippos at my 4th grade after school program, I’d wonder if Sevian has the board game versatility to be able to take on a champion of a different kind. Consider that a challenge, kid.

In the meantime, somebody please get this kid a Harvard scholarship (steer clear of the Chinese food complainer though) and maybe a spot on Letterman. Eat your heart out, Bobby Fischer!

Enter to win a pair of tickets to attend The Hess Collection Seminar and Dinner as part of Boston Wine Festival 2018 at the Boston Harbor Hotel on Wednesday, March 14th. END_OF_DOCUMENT_TOKEN_TO_BE_REPLACED

The Black and Gold continue their run tonight at TD Garden. END_OF_DOCUMENT_TOKEN_TO_BE_REPLACED

Who will make the Class of 2018? END_OF_DOCUMENT_TOKEN_TO_BE_REPLACED

It’s been awhile since we talked Black and Gold. END_OF_DOCUMENT_TOKEN_TO_BE_REPLACED

You’re going to wish you were in the Northern Alps. END_OF_DOCUMENT_TOKEN_TO_BE_REPLACED