These diners didn’t leave a tip, and the message they wrote on the check will infuriate you

Instead, they scrawled “LOL” on the check. 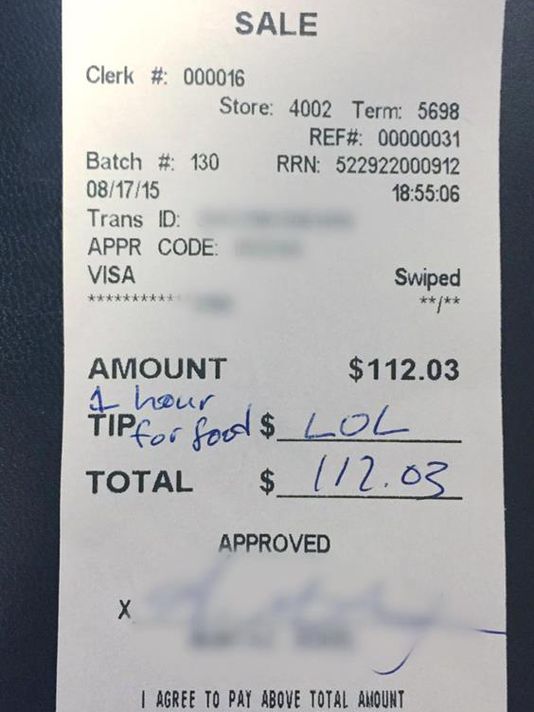 The diners left an explanation for the cruel message: “1 hour for food.” Jones doesn’t deny that they indeed had to wait an hour, but says they were notified the kitchen was “busier than normal.” She stands by the service she provided.

“Last night, I was stunned by this receipt that was left for me by a party of eight people,” Jones wrote. “I would have preferred a ‘$0’ tip than a ‘LOL’ tip, but as a waitress, bad tips and harsh notes are all part of the job. Even though they did wait an hour to eat, they remained satisfied with filled drinks and proper notice that the kitchen was a bit busier than normal. I’ve worked in the service industry for five years and I take pride in providing great service to my customers.”

The minimum wage in New Jersey is $2.13 for tipped workers. As Jones notes, tips are vital for servers. You should always do it.

Correction: An earlier version of this post failed to mention the minimum wage for tipped workers in New Jersey.