Locals Kal Marks Get Change in Lineup and Change in Outlook 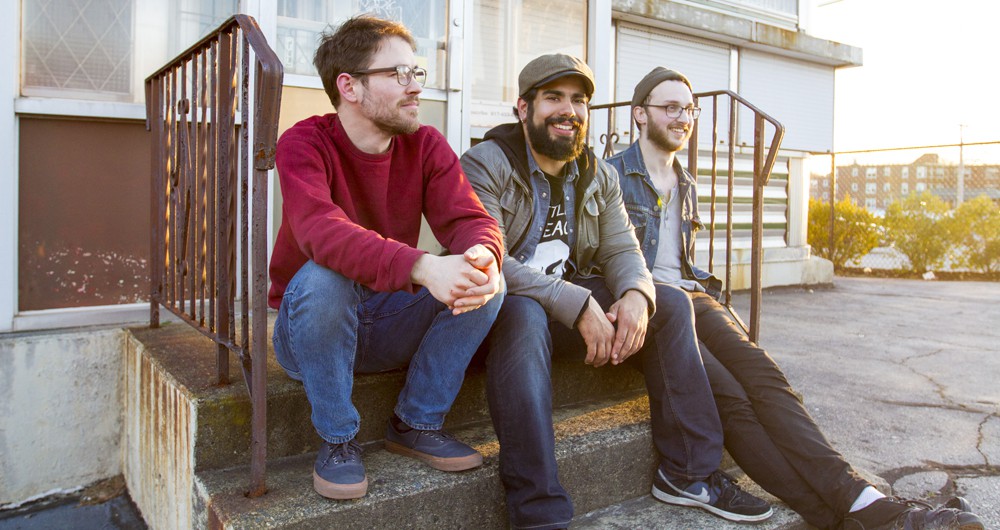 Kal Marks is the kind of band that sneaks up on you. Whether you’re experiencing them at some basement show in Allston, or in an opening set for Pile at Great Scott, you may not see them coming, but they’ll immediately click. The combination of heavy sludgy riffs and lead singer Carl Shane’s unique crooning bowls you over. It’s dark and it’s compelling, but most importantly, it’s really earnest.

“I think we’re closer to our own sound and getting used to each other as players too. I think that’s the biggest thing, is when you start playing with someone, you try get used to their own personal musical language,” says bassist Mike Geacone. “It’s like a boxer or fencer when they kind of study their opponent and learn some [of their] moves so they know they can counter well … I think we’re at that point now.” 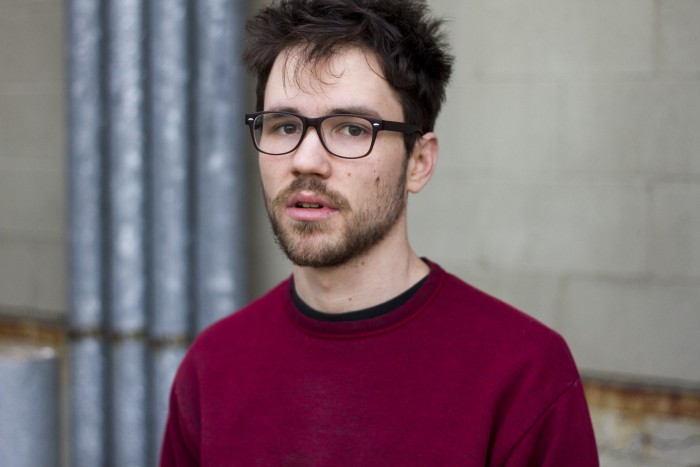 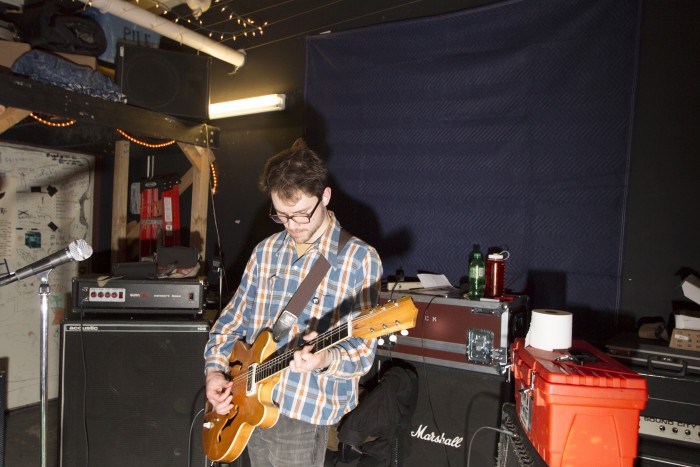 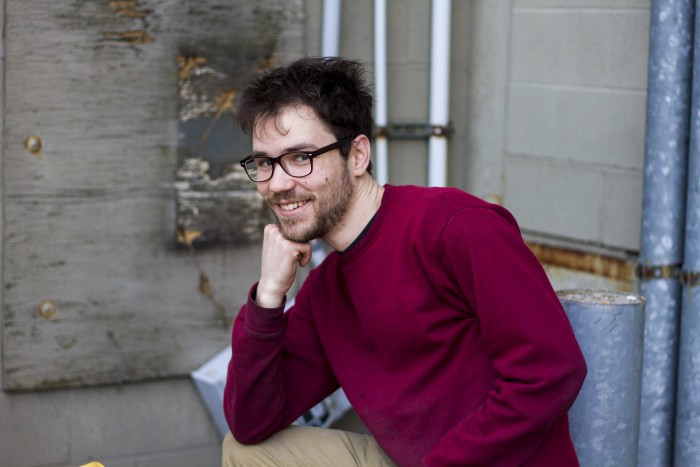 Kal Marks is in what Shane calls its third version. Geacone has been in the band since just before their 2013 full-length release Life is Murder, while drummer Alex Audette has been in the band for only a few months. The group originally started off as a solo project before Shane transitioned it into a full band.

“It started as solo and has gone through a lot of changes… it’s almost been in existence for nine years. In 2006, the year I graduated high school, I remember recording stuff with my friend Mark. We named the file Carl Mark’s and then shortened it to Kal Marks and then we never played together again,” says Shane. “I got really sick and tired of playing acoustic shows. I like folk music, but I really did not feel like trying to be Bob Dylan was admirable at all. I played with a lot of people like that … I don’t want to revive anything, I just want to make new things.” 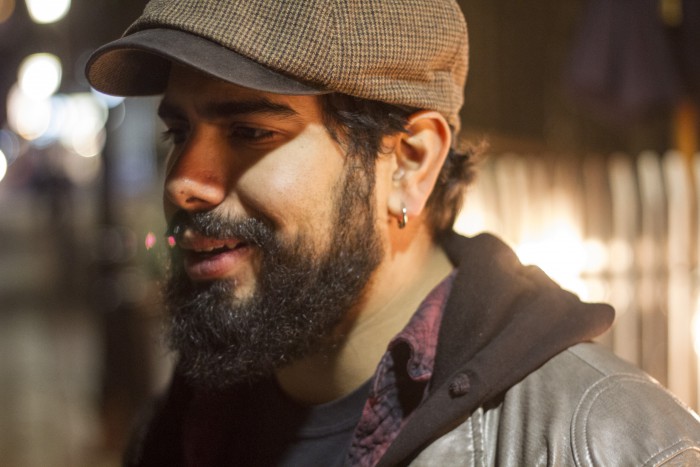 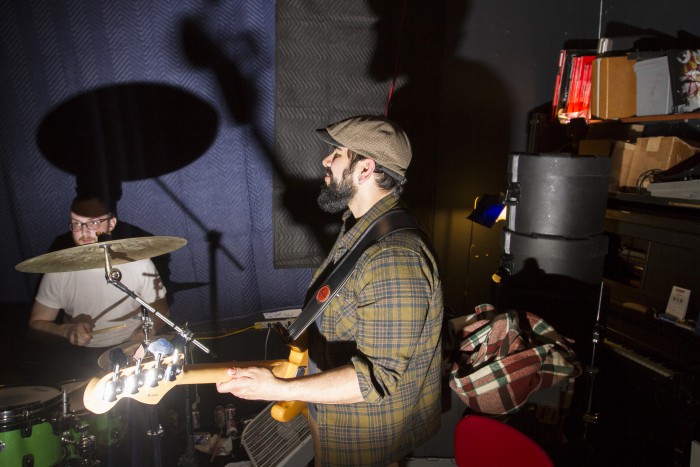 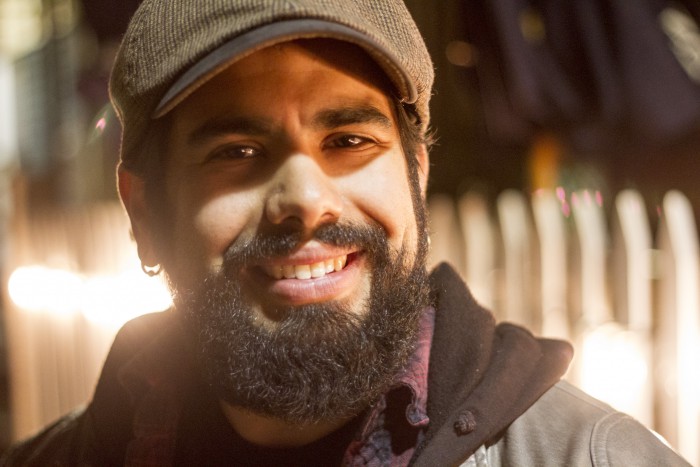 Life is Murder was the band’s last full release, with an EP Just a Lonely Fart coming out last year. A lot of the darker subject matters in Kal Marks’ songs stem directly from Shane’s explorations of himself and people around him.

“Life is Murder is just so much about depression and just like really hating myself. And the stuff we’ve been writing since is the opposite. Not like ‘the world is beautiful’ but the world is still very hard, but you need to stop being such a fucking wuss and get your shit together and fight for what you want. All the new stuff is a lot about other people or trying to find empathy in the the people surrounding you,” says Shane.

“Zimmerman,” one of the songs on Just a Lonely Fart, explores some of the issues of police brutality that have made headlines as of recent.

“’Zimmerman’ is about how all these things in the news have been popping up about people unjustifiably being killed, and these murderers are getting away with it because they’re police. I feel embarrassed to be part of this human race when it is so heartless and so unfair. And I was thinking about it a lot and it just came out in the lyrics,” says Shane. 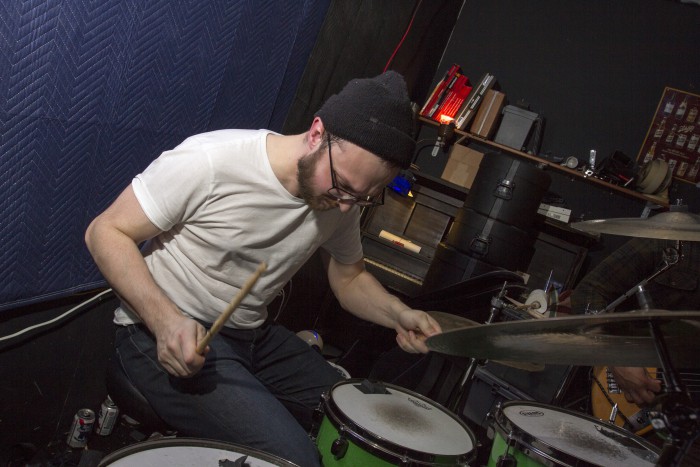 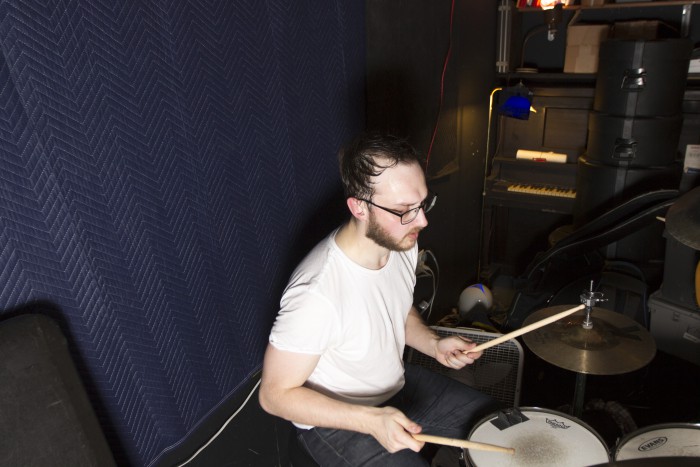 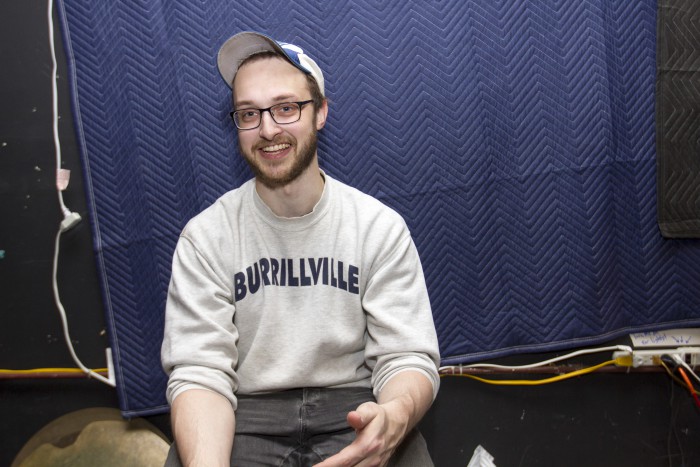 Kal Marks’ live sets are where the band really comes alive. Audette is a force on the drums, and Geacone’s bass rolls very heavily underneath. The band is heavy without fully veering into punk or metal, similar to labelmates Pile.

“I like to play loud, and the songs are loud,” says Audette.

The band’s next big milestone is the release of another full-length, for which they are currently working on new material and finalizing plans for recording studios. Shane says it’s something he wants to take his time with, feeling that in the past he’s rushed certain efforts. He guesses that it could come out next January. 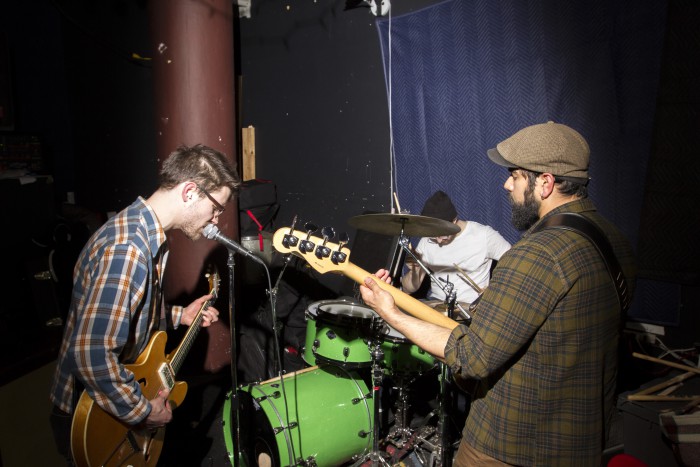 In the meantime be sure to check Kal Marks out at the Middle East Upstairs May 21 with Ian, whom they will also be touring with this summer.

Perry Eaton writes for Boston.com. Perry Eaton talks on the radio with me from time to time. Today, he talked to me about what he’s been listening to and some upcoming shows and festivals worth checking out. Click here to read more. END_OF_DOCUMENT_TOKEN_TO_BE_REPLACED

In some ways, Palehound has always had a home in Boston. END_OF_DOCUMENT_TOKEN_TO_BE_REPLACED

It’s not very often that some of the most talented performers in Boston are set to grace the same stage in a single night. This Sunday marks the 1 year anniversary of Mind Spray, a local hip-hop open mic and showcase series devised by promotion and booking company The Brain Trust. END_OF_DOCUMENT_TOKEN_TO_BE_REPLACED

There’s been a lot written about Street Dogs evicting a group of neo-Nazis from the pit at their House of Blues, Anaheim show on St. Patrick’s Day. You don’t need to read any of it. Just listen to front man Mike McColgan tell the story. He talks about joining his old band, Dropkick Murphys, on stage in Boston last week, too. END_OF_DOCUMENT_TOKEN_TO_BE_REPLACED

It’s not her best. END_OF_DOCUMENT_TOKEN_TO_BE_REPLACED

When in Nashville, do as the locals do. Since relocating to Tennessee a few months ago, this seems to have been Steven Tyler of Aerosmith’s approach after announcing in an October Twitter Q&A session that he intended to record a country album, an endeavor he’s well in the process of completing. END_OF_DOCUMENT_TOKEN_TO_BE_REPLACED

“I’m Shipping Up To Boston” just turned ten years old. Boston.com’s Matt Juul put this piece together on the history and significance of the Dropkick Murphys song, then joined me in studio to talk about it. END_OF_DOCUMENT_TOKEN_TO_BE_REPLACED

Boston is a city known for it’s Irish heritage, and it’s celebration of it. Two main traditions have held strong in Boston: the St. Patrick’s Day Breakfast and subsequent Parade. But I argue there is a third now: seeing the Dropkick Murphys at the House of Blues during their multi-night March Residency. END_OF_DOCUMENT_TOKEN_TO_BE_REPLACED

Sure, you might see a punk show on Monday and a chillwave band on Thursday and so on, but usually you favor one sound over another because you’re a busy bee and time is honey. It’s been the same for years, and the Prefab Messiahs can vouch. END_OF_DOCUMENT_TOKEN_TO_BE_REPLACED