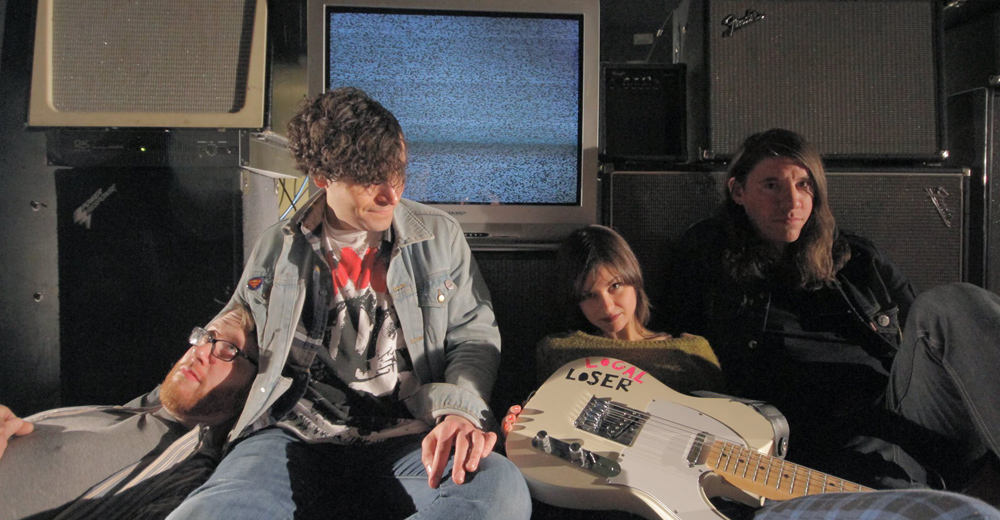 Local quartet Mean Creek has gladly accepted the role of Boston’s chief rock ambassador in recent years, whether that has meant taking its set down to Austin each March for SXSW, hitting the road with bands like Counting Crows, or helping to provide acts like So So Glos and Hard Nips a gateway into Boston. With last week’s release of the band’s latest album, “Local Losers,” Mean Creek continues to be the ideal band to fill that position.

Like previous efforts, the band feeds off of the energy of Chris Keene and Aurore Ounjian, whose dynamic is unmistakable– shouting choruses, trading leads, and letting their respective personalities thread. What is special about this release is that, in comparison to 2012’s “Youth Companion,” “Local Losers” is kind of its punked out, over caffeinated little brother. Only one song hits the three minute mark, channeling direct influences like Allston pals Earthquake Party! or even picking up some tendencies from the aforementioned So So Glos. It’s a beautiful record that encompasses the gazy gleam of ’90s buzz rock on tracks like “Johnny Allen,” with more heartfelt odes, a style mastered at this point by Keene, on tunes like “My Madeline.” The great thing about this album though, is its pace. The band manages to squeeze in a pleasant dose of sentiment while dodging more tempered balladry. Before you know it, or even want it to be, the album is over, and that might just be a really good sign.

You can check out “Local Losers,” out now on Old Flame Records, and don’t miss the band’s album release show at Middle East Downstairs on April 25 with Pile, Ovlov, Heliotropes, and Young Leaves, but in the meantime, Chris Keene from Mean Creek put together our Midweek Playlist for this week. Seeing as Bruce Springsteen is a major influence on Mean Creek, and because there’s really no bad excuse to listen to more of The Boss, Keene’s playlist is a tribute to the man in jeans.

“From 1973 to 1987 Bruce Springsteen & The E Street band released a run of eight incredible studio albums unmatched by anyone,” he says. “Here’s my pick for my favorite song on each one of those eight albums.”