Cambridge poet Jade Sylvan is anything but shy.

Her 2013 poetic memoir Kissing Oscar Wilde is a rickshaw of sexual misadventure and gender dysmorphia. Though Sylvan bared all on the page, the risque queer icon is turning heads with her new Indiegogo campaign, which offers supporters the chance to see the author in a surprising new light.

By which we mean totally buck naked.

The campaign, which was started to finance a West Coast tour supporting “Kissing Oscar Wilde,” includes a bevy of X-rated perks awaiting those with eager wallets. Goodies range from naughty limericks to pornographic sketches but, for a $75 donation, backers get the real deal – a one-of-a-kind portrait of Sylvan in the buff. 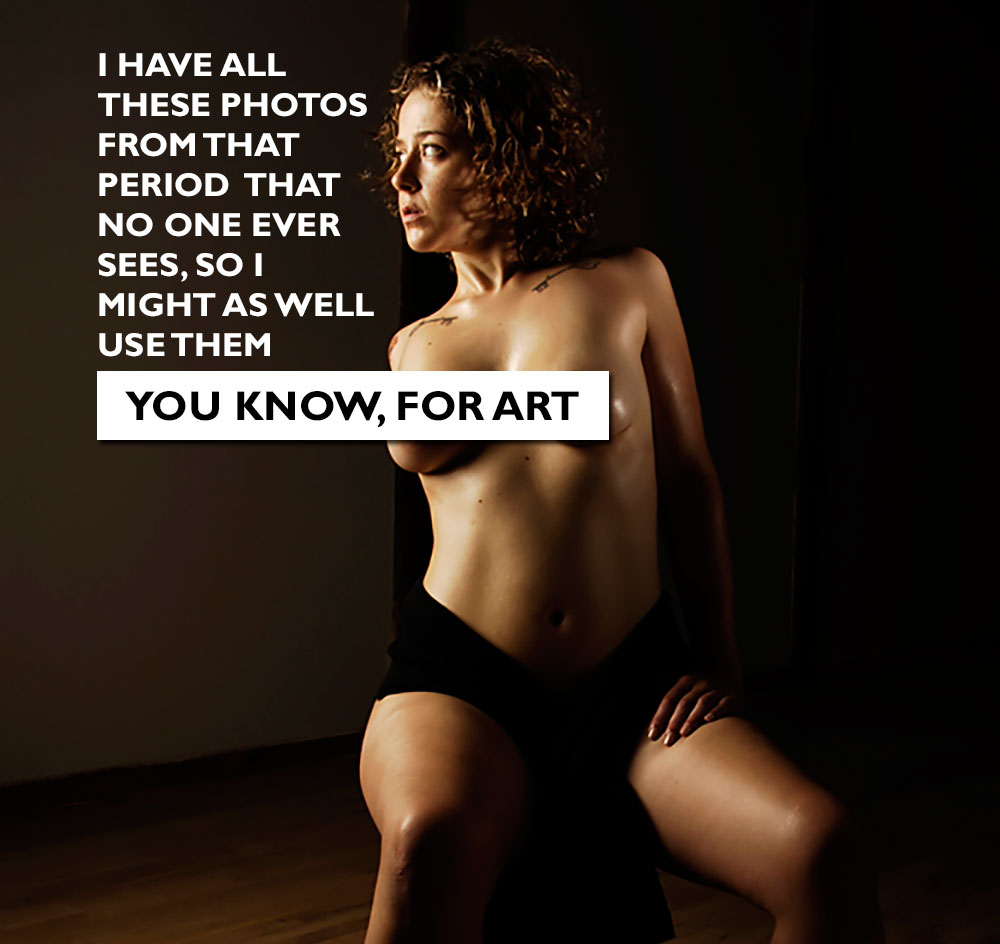 “Even if you’re a very successful poet, there are limits to how much money you’re realistically going to make,” says Sylvan of the campaign, “What it comes down to is I believe in this book, and I want to do everything I can to give it opportunities to connect with audiences.”

So why go so far as the full monty to procure the funding? Because that’s what the people want.

“I know people like to look at naked people,” Sylvan says, “so I figured some people would like to see these.” Far from bashful, Sylvan  has no problem with folks seeing her in her birthday suit. “In my mid-twenties, I worked as a fine art model,” she says, “I have all these photos from that period that no one ever sees, so I might as well use them. You know, for art.”

Of course, you can always support Sylvan by actually buying a copy of her book, but if her taut, nostalgic prose isn’t enough to entice you, Sylvan assures that there are more than enough boudoir shots to go around.

Artists for Humanity Co-founder Jason Talbot and Major Gifts Director Emily Smaldon were in studio this morning with Mallory Bazinet, Event Manager for GrandTen Distilling. Jason and Mallory talked about The Contemporaries, their upcoming event to launch a new patron group for young professionals. Click here to join them on Thursday, August 17! END_OF_DOCUMENT_TOKEN_TO_BE_REPLACED

Aida Villarreal-Licona is the Events Coordinator for SoWa Boston’s Art & Design District. She was in today to talk about their holiday shopping event this Thursday December 15 from 4-8 p.m. at 450 Harrison Avenue. A great opportunity to help local artists and get some holiday shopping done! END_OF_DOCUMENT_TOKEN_TO_BE_REPLACED

My first Field Trip (of hopefully many) was over half-a-decade in the making. END_OF_DOCUMENT_TOKEN_TO_BE_REPLACED

Natalie Lemle was in to talk about ArtLifting, a program that aids homeless and disabled artists. Currently, 72 artists in 11 states are receiving 55% of all profits from your purchase of their artwork and photography. Click “more” to hear my chat with Natalie and to see work from one of the artists. END_OF_DOCUMENT_TOKEN_TO_BE_REPLACED

Melanie Gillespie is an author and the founder of Mel O’Drama School of Acting in Milton. She was in studio this morning to talk about her latest book Darlene and the Drama Queen and how acting can help kids to develop confidence. END_OF_DOCUMENT_TOKEN_TO_BE_REPLACED

Boston Author Lauren K. Stein says her new book ‘Fresh Made Simple‘ was inspired by cooking in the kitchen with her daughter Abigail. The book isn’t just for kids, though. Listen as she describes the book and as we sample some of the recipes. END_OF_DOCUMENT_TOKEN_TO_BE_REPLACED

It’s no secret that Bostonians like to show their Patriot pride with tattoos. Who can forget the awesome guy who got that sweet Bill Belichick arm tattoo? Or the less-awesome guy who showed off his full-head Tom Brady helmet tattoo in his mugshot? END_OF_DOCUMENT_TOKEN_TO_BE_REPLACED

A scenic train ride through wine country Saturday turned sour for members of a local book club; they were kicked off the Napa Valley Wine Train for allegedly laughing too loudly. END_OF_DOCUMENT_TOKEN_TO_BE_REPLACED