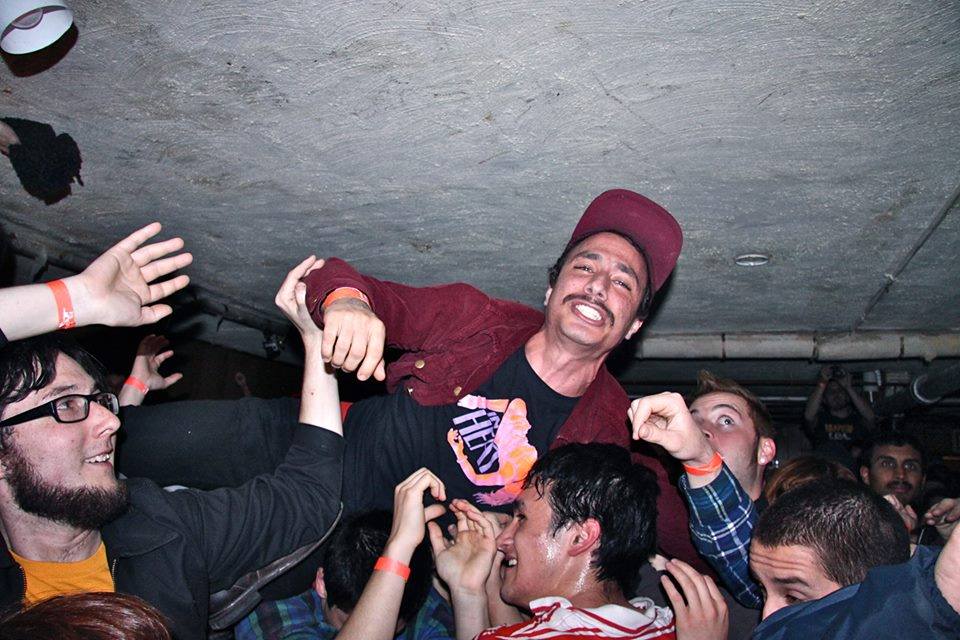 “Chillin’ mad hard, playin’ no games.” That’s the ideology that BUFU Records founder Ben Katzman says fuels his independent label. The motto is surprisingly accurate, too, as Katzman didn’t stop smiling throughout a lengthy interview. He has good reason to beam: In just a year and a half, BUFU has put out close to 30 releases and booked a number of its bands on national tours. Now, he’s planning the first festival thrown by the label.

It’s the informality that powers this Jamaica Plain-based institution (which stands for “By Us For Us” — yes, an inverse of the “For Us By Us” FUBU clothing brand), but it also helps it take the shape of more of a collective than a business.

“For us, it’s not just something to be a part of,” says Katzman. “It’s a chance to build community, and with BUFU, I think we’re trying to grow that community as widespread as possible.” There are various ways in which he and co-operator Chris Collins aim to do this. Not only does BUFU financially back physical releases for its artists, but it also helps bands book national tours, as well as put together shows in Boston that welcome favorite bands from outside of the region. Collins refers to it as a “feedback loop.” When touring bands come through Boston, BUFU will help them book a show in hopes that when BUFU’s own hit the road, those bands will return the favor in their hometowns.

The label’s allegiance to touring is a shared enthusiasm among all involved. Katzman recognizes that the importance of constantly having BUFU’s bands (including noise punks Designer, pop punks Free Pizza, and metal trio Acidosis) constantly on the road. “Everybody looks at Seattle and sees Subpop,” he says. “But the reason that the rest of the country found out about it is because those bands always toured. We’re hoping that touring bands are going to rep Boston mad hard.”

For BUFU, the live experience is primary, and that’s why the label is now throwing the first ever BUFUFEST.

The festival, slated to take place over the course of two days, April 25-26, at two different local venues, aims to combine the biggest names in the New England rock scene with lesser-known young acts that the label is excited about. Katzman and Collins, with the help of Boston Hassle and Eye Design, which book countless shows in Boston, hopes to bring together smaller communities and put a number of genres together in one place.

“It’s a great opportunity to see some of the best local talent up close,” says Collins. “You often miss that connection at large venues and festivals. At BUFUFEST, we hope people will chat with bands after their sets, thank them for playing, or ask them questions.”

The festival, much like the label that is organizing it, is informal, and hopes to put party before business. On a dollars and cents level, Katzman and Collins want to be able to support young bands as much as possible, but on a greater scale, Katzman just want the BUFU reputation to grow album by album, show by show. “We just aim to get the whole nation to rock out with us,” he says.

Enter to win tickets to see Trio Da Kali at The Villa Victoria Center of the Arts (Newton, MA) on April 10th. END_OF_DOCUMENT_TOKEN_TO_BE_REPLACED

END_OF_DOCUMENT_TOKEN_TO_BE_REPLACED

Enter to win tickets to Rhye at The Paradise on February 28th. END_OF_DOCUMENT_TOKEN_TO_BE_REPLACED

Her new album has been pushed back, but we have Kimbra’s new single for you. END_OF_DOCUMENT_TOKEN_TO_BE_REPLACED

The folk duo returns with a new record this week. END_OF_DOCUMENT_TOKEN_TO_BE_REPLACED

Now that we’re done looking back at 2017, let’s look ahead at 2018. END_OF_DOCUMENT_TOKEN_TO_BE_REPLACED

Our first Song of the Week for 2018. END_OF_DOCUMENT_TOKEN_TO_BE_REPLACED

In a year when so many things were off, the music was right on. END_OF_DOCUMENT_TOKEN_TO_BE_REPLACED