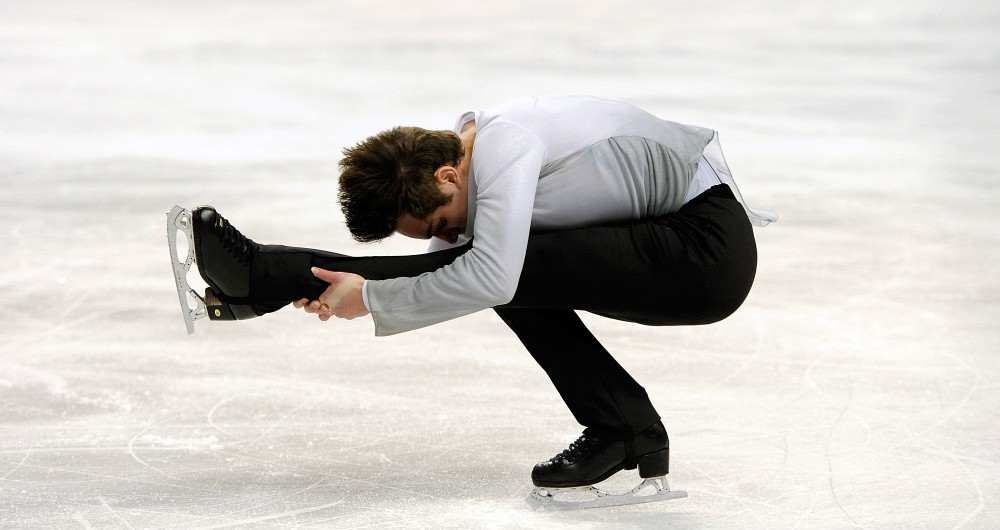 I’m a living cliché of a Canadian who can ice skate better than I walk. I was 3 years old the first time I stepped onto a rink and I hated it. I constantly tripped over my two left feet. Fast forward 17 years though, and I have fallen in love with the sport.

Sometimes it’s hard to believe that there’s even a debate about it, but yes, figure skating is a sport. If the 2015 World Championships, currently happening in Shanghai isn’t enough reason to convince you, then keep reading. I may be biased, but I personally take issue with the main argument that just because judges are in charge of scoring, figure skating cannot be considered an official sport.

Proof figure skating is an art contest not a sport MT @businessinsider US coach says judges in tank for Russian http://t.co/8F0i7QaAuF”

No one is denying that figure skating is subjective. After all, it is an exhibition of skill in which your result is purely dependent on a panel of experts. But judges aren’t evaluating skaters in a willy-nilly fashion. There is a strict, and rather complicated, system in how skaters are assessed.

Take it from an expert

Kylie Duarte, a former Team USA member and the 2012 U.S. junior bronze medalist says that the judging system is “more intricate than just scoring a goal into a net.”

“In any sport, there are rules and guidelines to follow. There are judges, referees, scoreboards, or some sort of measuring system to calculate who is the winner,” Duarte said in an e-mail. “It’s not one team against another team. We can have 26 individuals competing against each other to win the title. So yes, we need a panel of judges to score and sort out all of the individuals participating and try to make it as fair as possible.”

Yes, sometimes they can be harsh and unjust and you may not always agree with the outcomes. But the same can be said for diving, gymnastics, synchronized swimming and fencing.

Figure skating is not a sport, not saying they’re not athletes but, judges making ridiculously nationalistic decisions is not a sport — huggyd (@Hugster420) February 21, 2014

But gymnastics and blah blah blah aren’t sports either. What about boxing? Boxing is also subjective in nature, yet hardly anyone would challenge that as a real sport. Judges award points based on factors like power and accuracy — all of which blurs the line of objectivity.

Kate Bedinger, a former member of the Colonial Figure Skating Club says it can be disheartening and frustrating to constantly defend the sport.

“People don’t understand it,” Bedinger says. “People do not realize how precise every movement has to be. Each jump has to be taken off on a certain edge at the rink each time and spins need to stay centered as you change positions.”

Sport, as defined by the Oxford dictionary, is “an activity involving physical exertion and skill in which an individual or team competes against another or others for entertainment.” The Merriam-Webster defines it as “a contest or game in which people do certain physical activities according to a specific set of rules and compete against each other.”

Figure skating satisfies both those definitions. It is governed by a set of rules and undeniably requires extreme physical exertion. Skaters compete from the lowest basic skills to the senior level.

The sport is an embodiment of both artistry and athleticism. Yet it’s the costumes, the elegance, but predominantly the choreography that seems to undermine legitimacy of figure skating.

There is a difference between a sport and an art. Figure skating, while extremely difficult, falls in the latter category.

Uni Watch argues that “if figure skating were truly a sport — or if it wanted to be taken more seriously as something more akin to a true sport — it would ditch the costumes. All this talk of theater and storytelling and glamour and being in character — what does that have to do with sports? Nothing. Get rid of it.”

While elegance and the theatrical components are uncommon aspects of any sport, it shouldn’t be sufficient reason to rule it out completely. Artistic elements and athletic components are not, and should not, be mutually exclusive. And style isn’t just limited to what a skater wears.

“Presentation of a program can be the more tiring part, never mind the elements themselves,” Duarte says in an email. “To get moving on the ice, you have to use your muscles, you have to use your entire body. It’s not just a walk across the floor or a simple step to the right.” Why don’t you try looking graceful while doing a double axel-double toe loop jump on a pair of blades on top of a slippery surface? 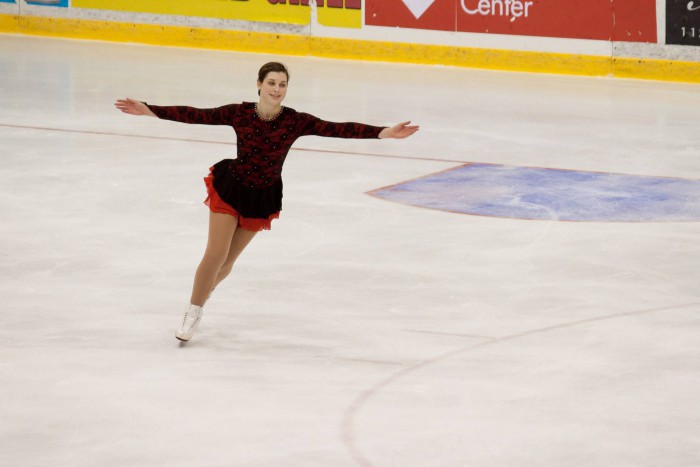 Courtney Byer, president of the Northeastern University Figure Skating Club, adds that the sport requires “strength, endurance, flexibility and grace.” “I think that people sometimes mistake grace and poise for weakness,” Byer says. “Skating a program is like running a sprint for three to four minutes. There are so many jumps and spins packed into such a short time.”

Call me crazy, figure skating, but I’m not sure anything that involves jazz hands is actually a sport. #Sochi #Olympics — Absinthe Fairie (@absinthe_fairie) February 21, 2014

Choreography in this instance is not all that different to a football or hockey play. Both are pre-meditated maneuvers in pursuit of high accuracy, are they not?

Slate deems it as theater instead of a sport, claiming that figure skating “is certainly physically challenging, but it lacks the athleticism that makes sport sport.”

Most people, regardless of their stance on the subject, aren’t denying the difficulty and talent that goes into skating. Rather, it’s the fallacy of the finesse and artistic nature of the sport that somehow makes it questionable.

“The [mix of] skating and choreography requires your whole body and you have to create perfect movements to the music,” Duarte says. “I definitely strive to make every movement I do on the ice gracefully, all the way down to my fingertips.”

Still, the physicality of it should not be underestimated.

Figure skaters have to learn how to be as malleable as possible with their bodies. Let’s look at a basic layback spin, shall we? The maneuver essentially crunches your vertebrae together.

The sport takes a huge toll on the skater’s body. Similar to dancers and gymnasts, figure skaters have to be able to contort their bodies in different positions. According to Bedinger, “the impact of landing a jump can be like supporting four times your body weight.”

Figure skaters may not get checked like hockey players or tackled as NFL players do, but injuries happen just as easily. For starters, ankle issues are probably among the most common challenges, and are pains that Duarte knows all too well.

“Towards the end of my competitive career, I sprained my ankles more than a few times skating and did have to wrap them with tape daily to hold them strong,” Duarte says. “This did contribute to my quitting skating, but was definitely not the only reason.”

She adds that while injuries can be serious, skaters need to be smart about taking care of them and look to how it will affect one’s career in the future.

“I have had lower back injuries from skating. It was mostly attributed to my layback spin,” Byer says. “The pain became so bad that every time I landed a jump, the impact would send pain searing down my legs.”

Don’t let the costumes fool you, these skaters are tough. Figure skating is not just a sport, it’s a sport that requires a unique skill set. It may always be rejected by those who prefer more rough-and-tumble styles, but to not recognize it for its athletic qualities would be selling it way too short.

When people tell me that figure skating is not a sport I just want to shove this pic in there face. pic.twitter.com/AC5JXBBIn3

“I believe all aspect that coincide with the term ‘sport’ are rolled up into this particular sport. Beyond the physical aspects, there is mental toughness, adaptability, strategy, multi-tasking, musicality and rhythm,” Duarte said. “Most of all, I think what really makes figure skating a sport is that it requires both mental and physical dedication.”

If that’s not sinking in, maybe you just need to try it.

The Black and Gold continue their run tonight at TD Garden. END_OF_DOCUMENT_TOKEN_TO_BE_REPLACED

Who will make the Class of 2018? END_OF_DOCUMENT_TOKEN_TO_BE_REPLACED

It’s been awhile since we talked Black and Gold. END_OF_DOCUMENT_TOKEN_TO_BE_REPLACED

You’re going to wish you were in the Northern Alps. END_OF_DOCUMENT_TOKEN_TO_BE_REPLACED

END_OF_DOCUMENT_TOKEN_TO_BE_REPLACED

Bill might be “on to Tennessee,” but we’re not. END_OF_DOCUMENT_TOKEN_TO_BE_REPLACED