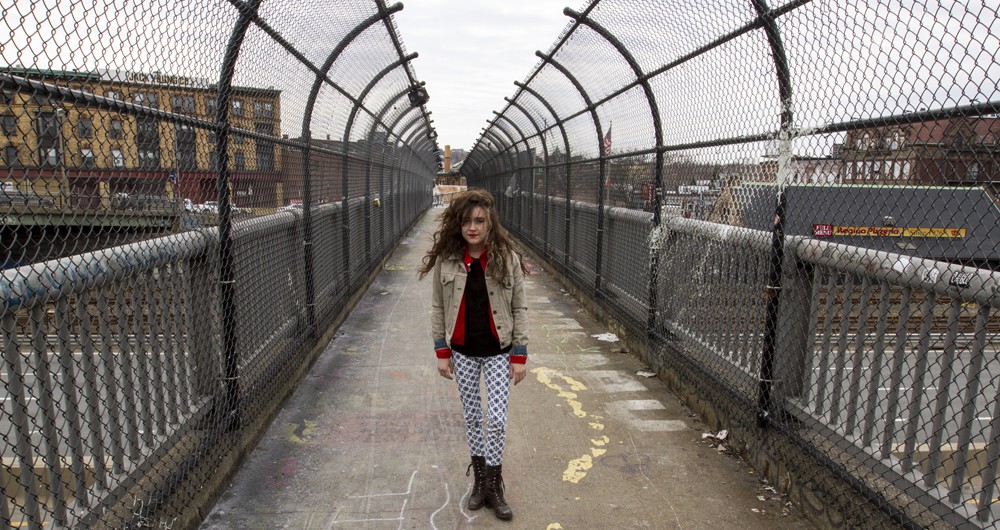 Sometimes being in a band can be frustrating.

“I am the only original member, we’ve had a couple of different line ups for various reasons,” laughs Erica Sutherland, the lead singer and guitarist of Littlefoot.

For the first part of this year she was the sole member of Littlefoot. The band has been around in various forms for about three years, and has moved between Providence and Boston. The band is Sutherland’s brainchild, but she is quick to point out the contributions various member have made over the years. Finding new members is one of the aggravating and less glamorous parts of being in some bands long-term, much like saving up money to be able to record an album or booking shows.

“I just want to do a lot all the time. I’m pretty motivated, I love traveling, I love playing shows. It’s a lot to ask of someone ‘hey can you take a couple weeks off from your life to [go on tour],’” says Sutherland. “It also rules so much that I think it’s worth it.” 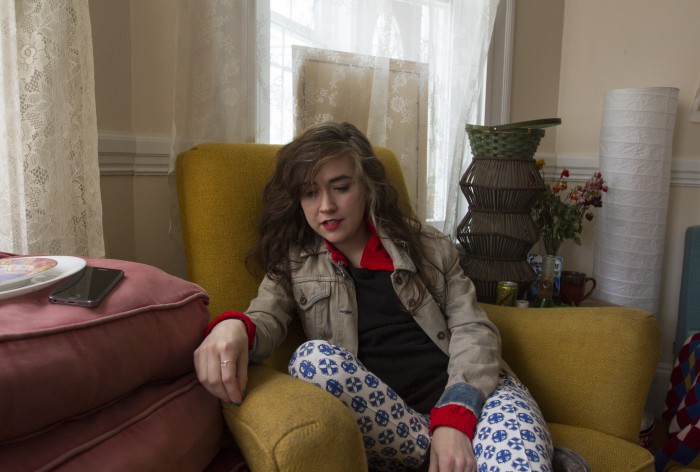 Sutherland has been finalizing the band lineup in time for her show on April 19 (which happens to be her birthday) at TT the Bears with Peach Kelli Pop.

“It’s almost figured out. I mean I have a plan … it will definitely work for now,” says Sutherland. “The cool thing about Littlefoot is the sound doesn’t really change with lineup changes.

That sound is one that is both mournful and endearing. Littlefoot is reminiscent of hazy pop from the ’60s. It combines wistful melodies often in harmonies and reverby guitars with tango and waltz beats. Sutherland proudly wears her influences on her sleeve.

“I mostly listen to older music. I just never make an effort to seek out newer music. I just want to listen to my Mamas and the Papas album. It’s my favorite, ‘California Dreamin’ is the best,” says Sutherland. 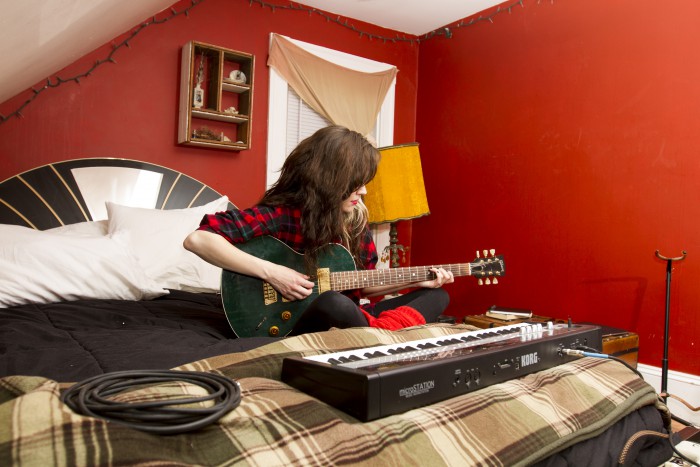 Another feature of Littlefoot’s songs are Sutherland’s lyrics. Admittedly, she says some are about heartbreak much like a lot of early girl group songs, but it’s not easily apparent. Songs like The Shirelles’ “Will You Still Love Me Tomorrow” can be tritely literal. Sutherland, though, wraps her feelings up into much tighter wound and metaphored messages.

“I usually write about things I’m really frustrated with,” says Sutherland. “I don’t think I’ve ever written a happy song. It’s not like I’m sad all the time, I think that it’s just when I’m most motivated to write. I feel like even if I try to write something that’s upbeat, it just sounds melancholy.” 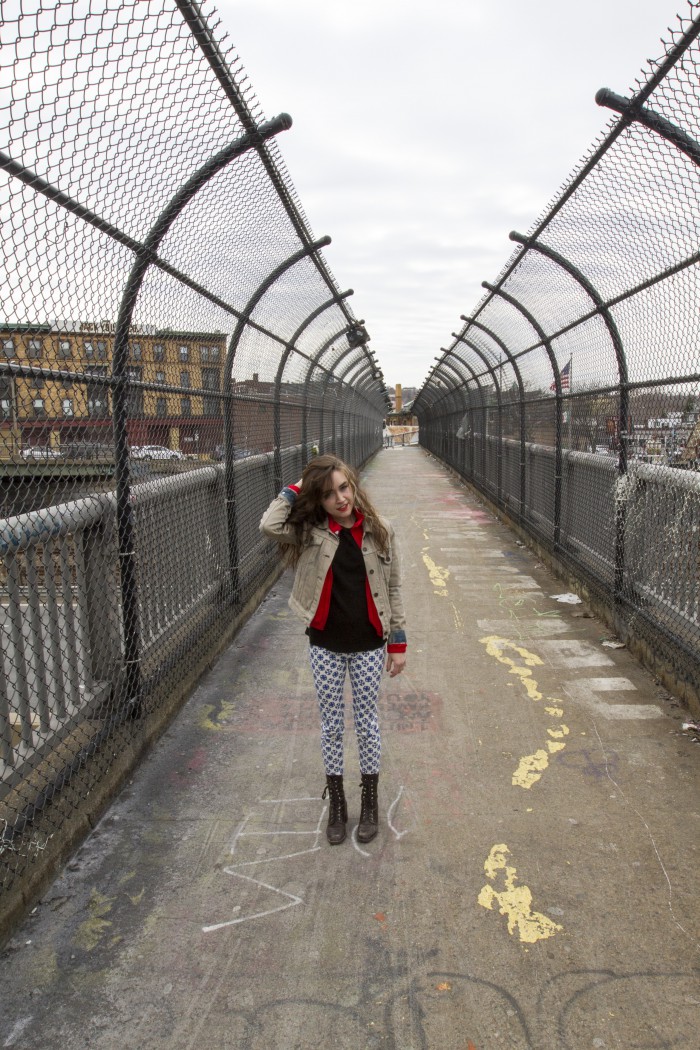 Littlefoot released their first full length last December, titled Night of the Living Dreams. It is a gorgeously delicate yet roomy release. The ballad “Save Time,” for example, is pretty and minimal with only an echoey guitar and lush vocal melodies, with that quintessential ’60s plate reverb rubbed all over. The songs have a misty quality, with Sutherland’s doubled vocals hanging over the tracks ethereally.

Though her plans for what come next are similarly foggy, Sutherland knows the next big undertaking for Littlefoot will be touring. Be sure to check them out before, as they play April 19 at T.T. the Bear’s with Kelli Peach Pop, Fleabite, Bong Wish, and Feral Jenny.

Enter to win tickets to see Trio Da Kali at The Villa Victoria Center of the Arts (Newton, MA) on April 10th. END_OF_DOCUMENT_TOKEN_TO_BE_REPLACED

END_OF_DOCUMENT_TOKEN_TO_BE_REPLACED

Enter to win tickets to Rhye at The Paradise on February 28th. END_OF_DOCUMENT_TOKEN_TO_BE_REPLACED

Her new album has been pushed back, but we have Kimbra’s new single for you. END_OF_DOCUMENT_TOKEN_TO_BE_REPLACED

The folk duo returns with a new record this week. END_OF_DOCUMENT_TOKEN_TO_BE_REPLACED

Now that we’re done looking back at 2017, let’s look ahead at 2018. END_OF_DOCUMENT_TOKEN_TO_BE_REPLACED

Our first Song of the Week for 2018. END_OF_DOCUMENT_TOKEN_TO_BE_REPLACED

In a year when so many things were off, the music was right on. END_OF_DOCUMENT_TOKEN_TO_BE_REPLACED