Whether you love it, you hate it or are simply amused by it, we can probably all agree that House of Cards is rarely boring. This is a television program that manages to make even the most mundane acts at least slightly compelling, whether it’s frying some eggs, tossing back a shot of super expensive vodka or even taking a leak on the gravestone of your dead dad.

That last example feels less like a mundane act and more like something a character in a high-octane nighttime soap might do, which brings us to a discussion of just what, exactly, House of Cards really is.

On the occasion of Netflix rolling out the series’ complete third season last weekend, many, many miles of bandwidth became inundated with reviews, analyses, think pieces and so forth. Some of these exercises aren’t terribly kind to the show, which saw its protagonist, Frank Underwood, played by Kevin Spacey (intently spitting out the seeds – or splinters — of all the scenery he’s chewing on) rise from House Minority whip to Vice President to the President of the United States in just 26 episodes.

Alongside his wife Claire, coolly played by Robin Wright (no Penn), Frank has committed some unspeakable acts in order to climb into the Oval Office, making it tough to believe he will give up his place without a fight or at the very least asphyxiating a supposed friend in a parked car. 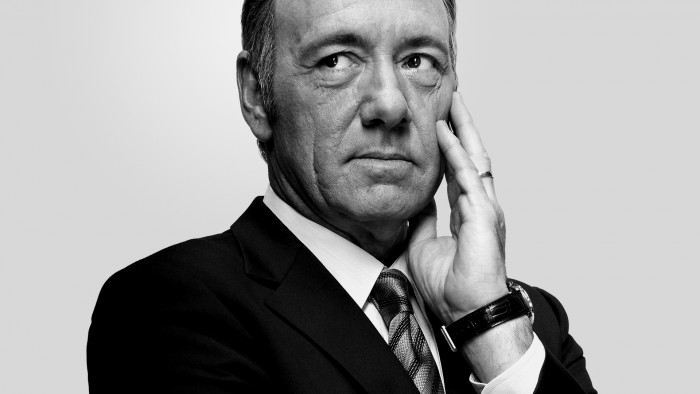 The thing is, if you don’t like House of Cards, that’s fine. Not everyone can like everything and there are plenty of things going on in this show that are 100 percent unlikable. But why the insistence on making it out to be something it isn’t, which is to say even remotely based in reality?

Take for example this summation courtesy of Washington Post critic Alyssa Rosenberg, one of the finer TV writers out there. Her thesis is that House of Cards “fancies itself a sophisticated critique of Washington. Instead, it’s a muddled and naïve insult to our intelligence.”

Rosenberg goes on to decry what she refers to as the show’s “naiveté” in regard to how it approaches actual, real life politics as well as how it “shares Frank’s contempt for actual citizens,” citing some examples of how the effect of his political maneuvering on the public is never considered. As a reader and/or a viewer of the show, it’s fair to wonder whether she realizes she’s watching a fictional, televised melodrama and not C-Span. 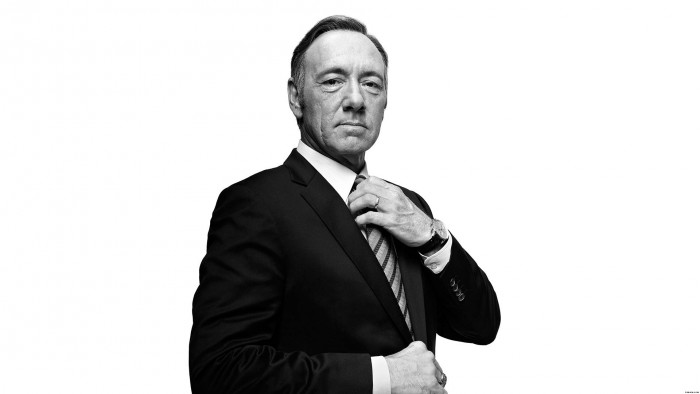 One of the reasons we’re so hooked on House of Cards — an addiction which leads to reactions like that of Rosenberg and posts on Vox with headlines like “Frank Underwood’s Jobs Plan on ‘House of Cards’ is Bonkers” and “What Linguists Say About Kevin Spacey’s Bizarre Southern Accent on ‘House of Cards,’” –is that it was, and continues to be, dressed up so nice. The biggest trick the producers of this show ever pulled was getting us to believe it’s anything more than just another soap. Look how well manicured it is–

There are Oscar winners and nominees all over the place, some of the most renowned directors in the business have helmed episodes and the show looks absolutely gorgeous at all times, whether it’s set in a rib joint or a Georgetown brownstone or the White House.

This business plan has worked like a charm. By really classing up the joint in a way fellow nighttime soaps like Dynasty or Knots Landing or, to be more current, say, Nashville, have not, the level of intrigue shoots skyward. This is why we watch House of Cards, to be taken for a ride into a universe with which we have plenty of curiosity and pretty much zero actual familiarity, not because we’re expecting or looking for even the slightest bit of reflection of the everyday world as we know it.

If that’s indeed what you’re seeking or commenting on after watching an episode (or 13), I don’t know what to tell you except maybe you should watch something else.

Always a pleasure to have Boston.com’s Perry Eaton in studio for a chat. After we talked a bit about Pearl Jam at Fenway and Perry’s new podcast, he filled us in on Game of Thrones live and Narragansett’s new Bananagrams-themed brew. END_OF_DOCUMENT_TOKEN_TO_BE_REPLACED

No, not from afar, from the comfort of her couch. From the actual awards themselves. That’s where Meredith Goldstein was for the Oscars. She shared all the juicy, first-hand details with me. END_OF_DOCUMENT_TOKEN_TO_BE_REPLACED

It was wonderful having our good friend Meredith Goldstein back in studio this morning. She dug into the latest edition of Love Letters, which prompted us to play this song. And of course we had to discuss the Oscars. Make sure you’re following Meredith on Twitter, as she’ll be live-tweeting the awards this Sunday night. END_OF_DOCUMENT_TOKEN_TO_BE_REPLACED

Our first edition of TV Sets for 2016 might be better than every edition from 2015. END_OF_DOCUMENT_TOKEN_TO_BE_REPLACED