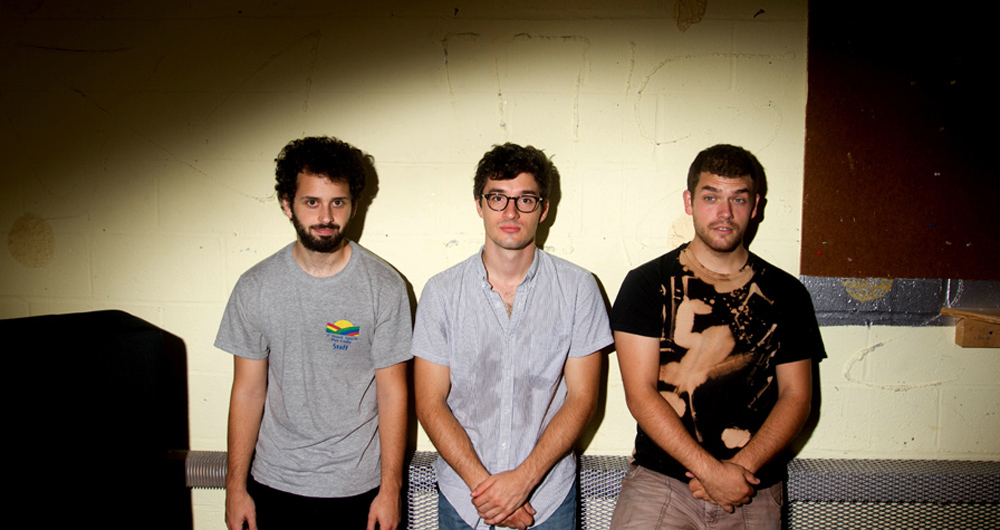 For the past few years one of the most prevalent bands in Boston has been Chicago transplants, Krill. The three-piece has quickly become one of the most beloved acts in town. They will soon be coming out with a new, as of yet untitled, album and begin a tour this week that will take them up and down the east coast, to the midwest, and up to Canada. You can catch them tonight, September 29, at Great Scott before they head out, and you probably should.

Krill’s take indie rock is dressed in quirk and charm. They sort of started with Tufts University friends Aaron Ratoff who plays guitar, and Luke Pyenson, the former drummer who left the band to go to grad school in London. But they also sort of started way before that.

“It’s not so clear,” said Jonah Furman who is Krill’s bassist and vocalist, about their origins. “There was the Sea Monsters, which Ian [Becker, the current drummer] and Aaron were in with three or four other kids in high school. Me, Aaron and Ian and our friend played together under a couple of names, just like two shows or something, the summer after high school. At some point there, the name Krill was thrown around as a joke about how the Sea Monsters have broken up so here are the remnants, Krill … I guess the name stuck around from there, but it was a totally different project.”

Once Pyenson departed, there was a chance Krill would cease to exist, but Becker moved to Boston to join. 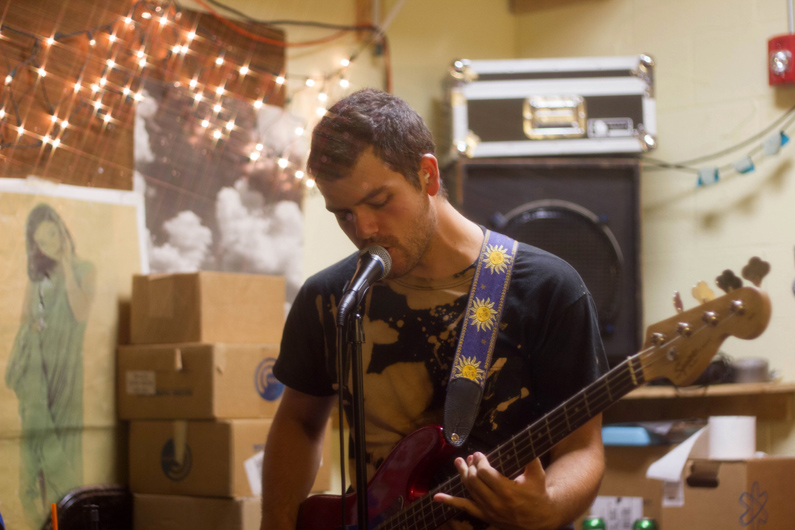 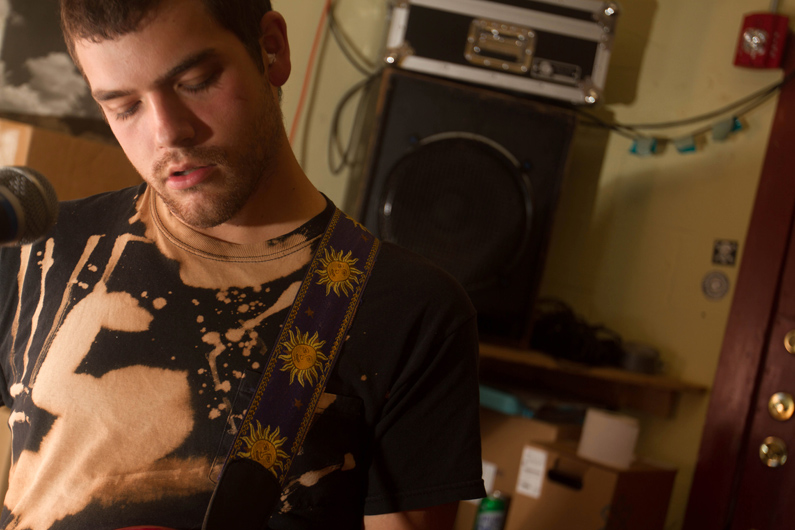 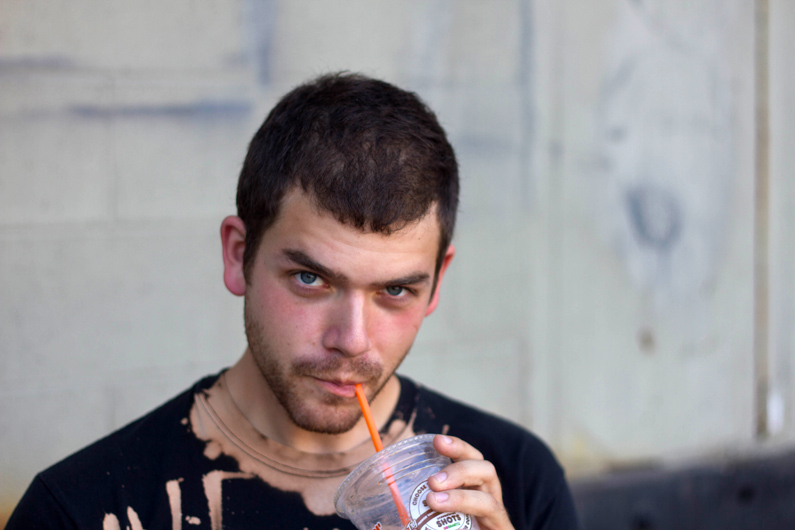 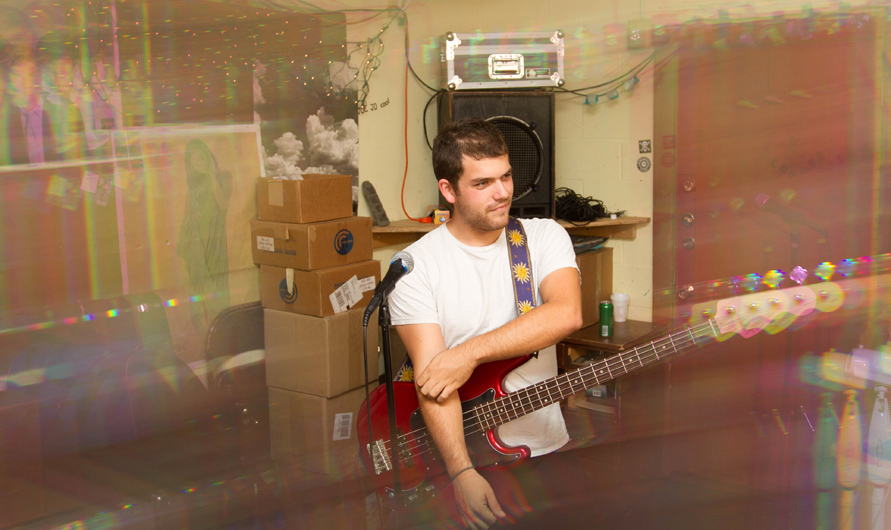 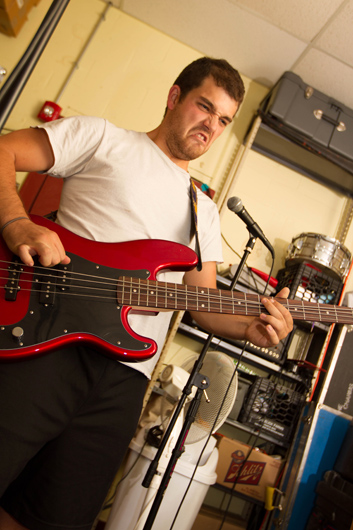 “It was perfect, because I think if Ian didn’t want to join and it wasn’t perfect timing for him and his life, we would’ve stopped. I mean, the whole ‘Krill Forever’ joke is that the band was breaking up and we were going to have a song that was ‘Krill Forever’ [“Theme From Krill”], and by the time anybody had heard it, the band would be over,” said Furman. “But then we didn’t [break up], and that’s its own joke in a way. It wasn’t just like we needed another drummer. If Ian left it would be over. He was just the only other drummer we had ever played with … They’re both really good and have a sort of similar style.”

The band’s new album will be the first completely written and recorded by the current iteration of the band. Recorded at Sonelab in Western Massachusetts. Krill wanted to do something a little different than their prior two releases EP “Steve Hear Pile in Malden and Bursts into Tears,” 2013’s full length “Lucky Leaves,” and their debut, “Alam No Hris.” 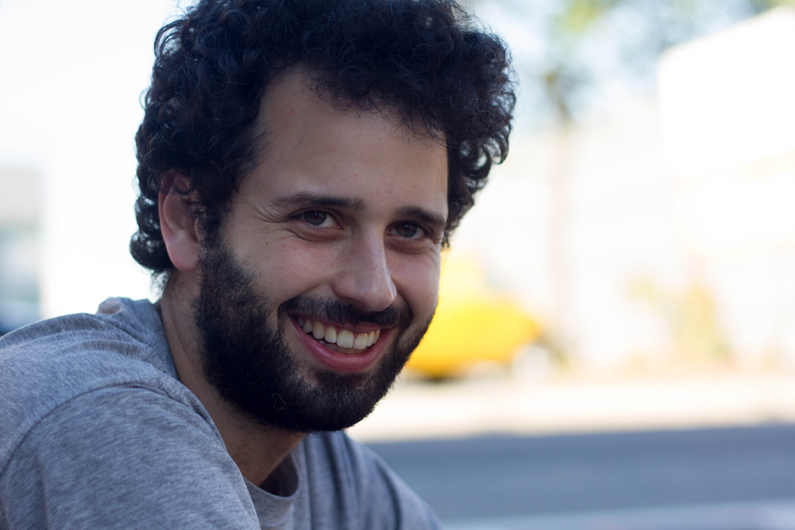 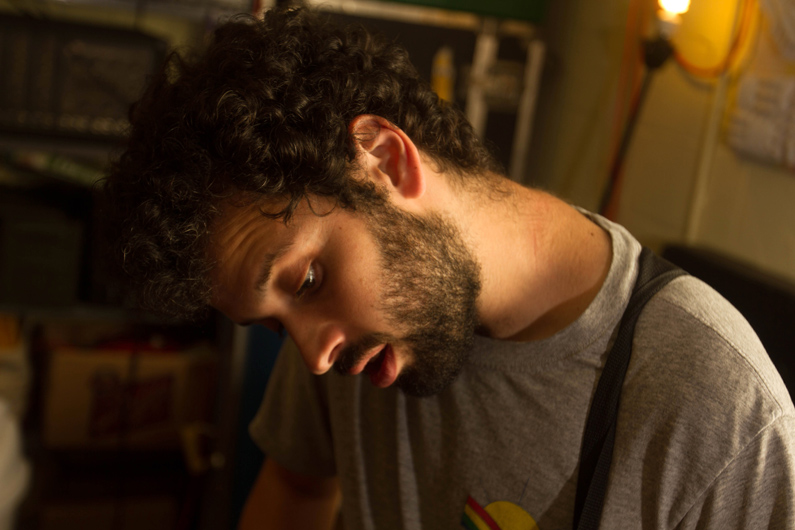 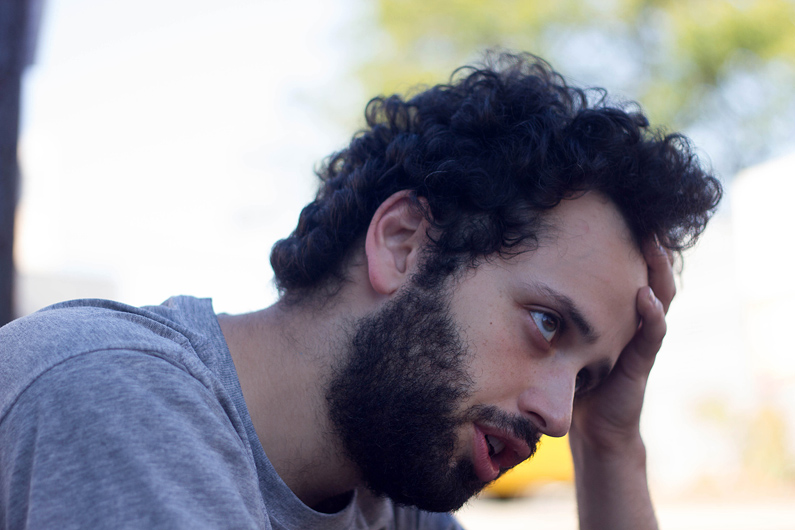 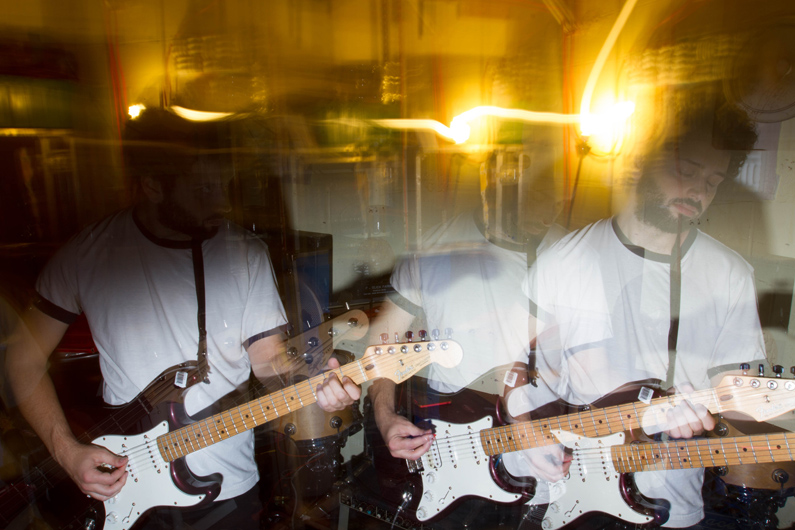 “A lot of the songs are really long. When we were writing it, we often just started with one riff and just built from the ground up and made a really long composition,” said Becker. “We definitely put it together thinking about the songs and what order they would be in as an album.”

“I think it’s really different … it’s like a little more complicated. The music is more composed. It feels like there is way more going on,” said Ratoff “It feels more ambitious. I think we all wanted to make something that was a statement, kind of. The last one was little bit more loose, this one is a little bit more focused.” 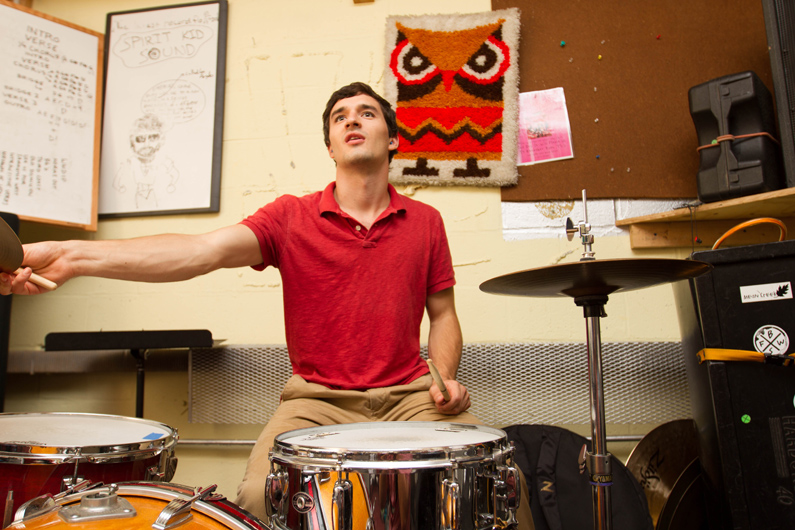 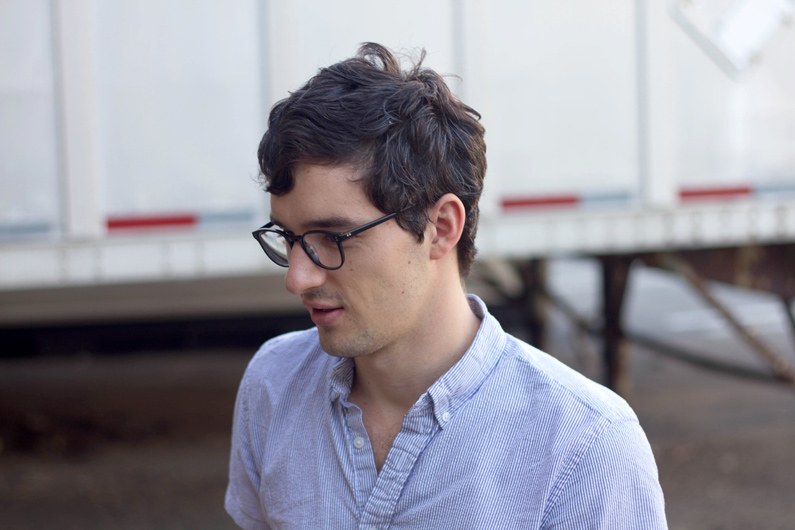 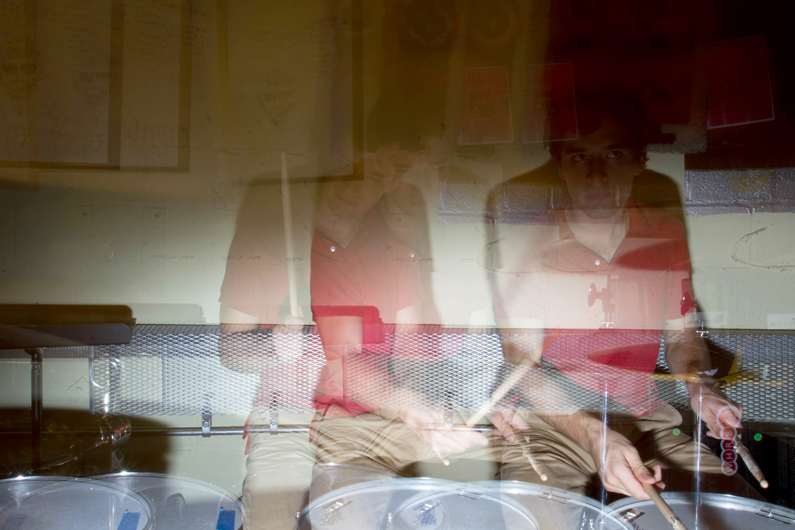 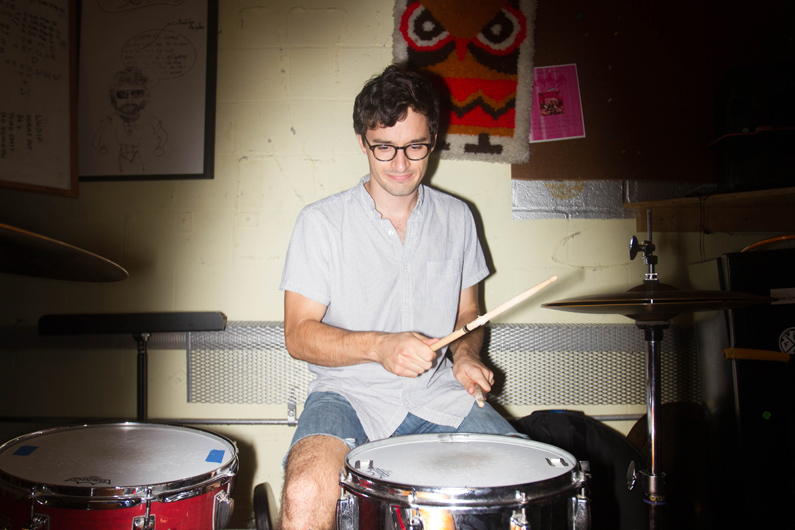 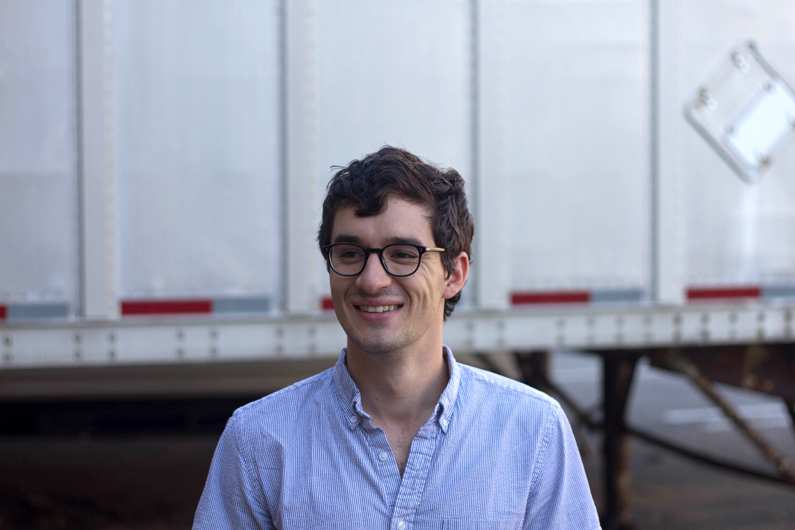 Furman said he was able to explore new themes with the new songs, fleshing out bigger ideas. With more time in each song, Furman is able to tell more intricate stories.

“It’s like 46 minutes and nine songs, so songs are average five minutes, and we’ve only ever had one song over five minutes before. Stuff is way longer, I think it demands a lot more of the listener which is a little risky, but definitely where we want to go. It’s still easy harmony and catchy music, and still rock and pop, or something like that,” said Furman. “I think it’s way more ambitious. The other stuff was a little two-dimensional in terms of lyrical content. I mean I think it was good, it was just that there were more parables … Instead of vignettes there more like short stories– there’s a lot more to unpack.”

The music is also very influenced by the city and the music community Krill has found themselves a part of. It’s hard to separate the band from places like Jamaica Plain and the Great Scott.

“I think [“Lucky Leaves”] was influenced a lot by JP and kind of changed a lot [because of] Boston bands they started to play with. This year, too, when we were writing the new album, so much of it owes a lot to [Boston],” said Becker. “Even musically when I hear it I’ll be thinking ‘Oh shit, in this one drum part I was totally thinking of this one part in a Pile song.’ We all feel pretty invested in the city and specifically the music scene.” 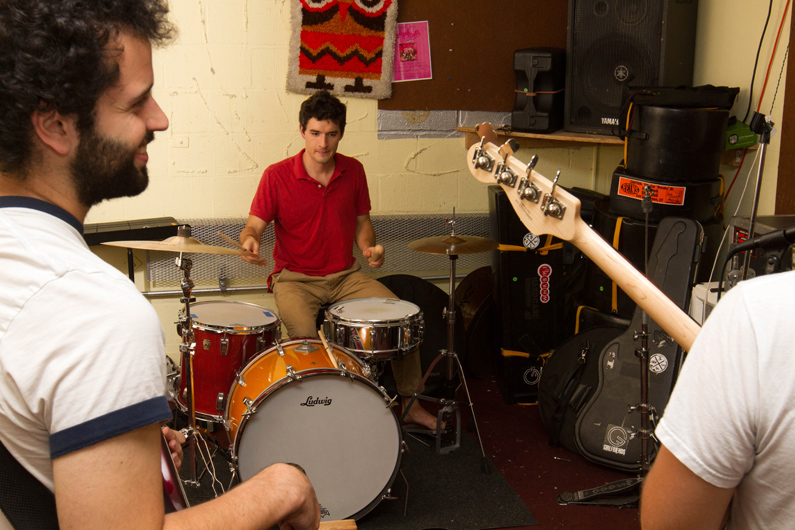 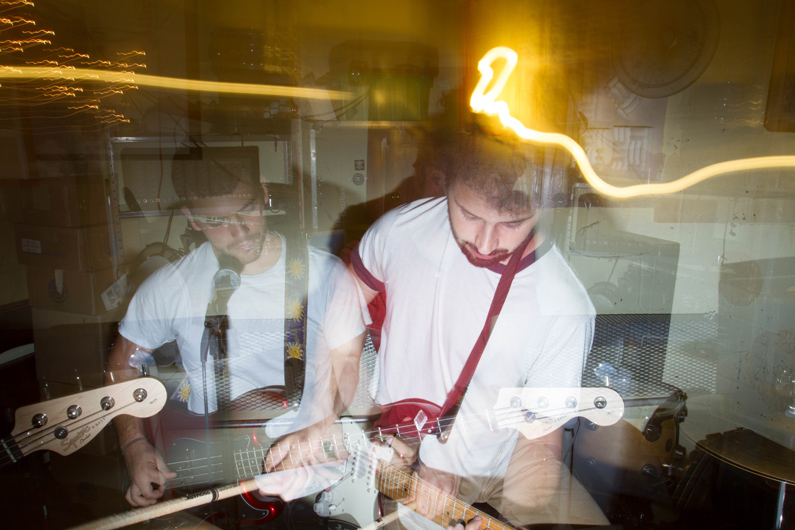 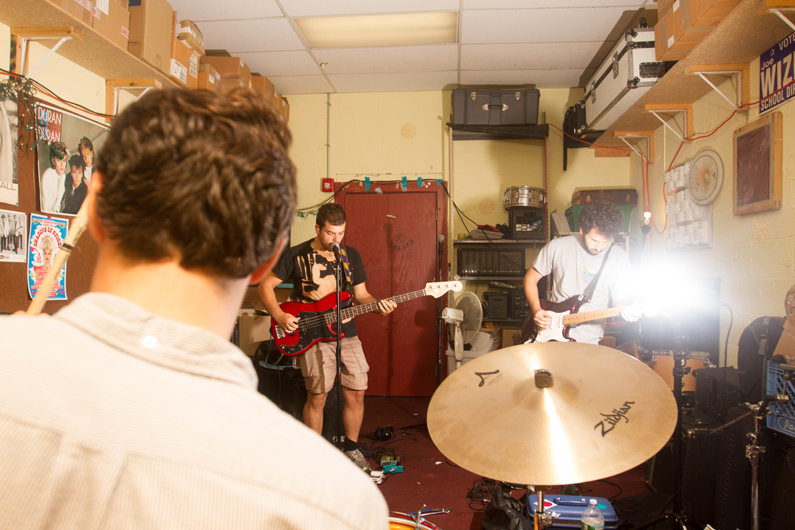 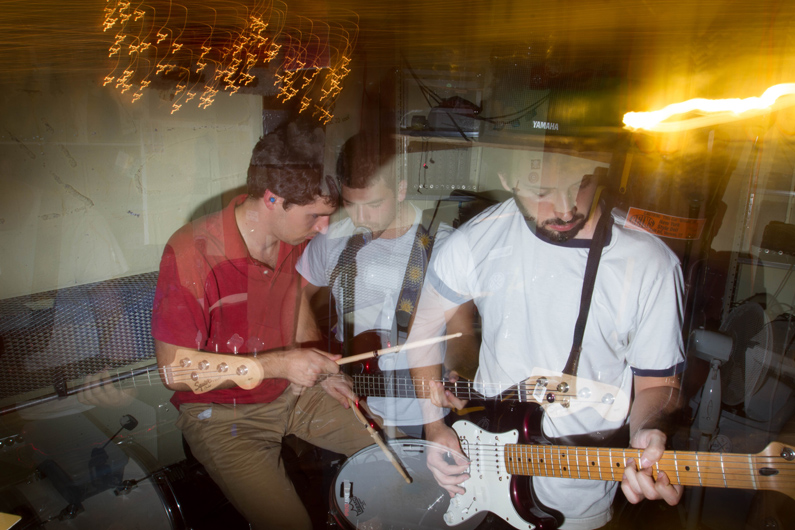 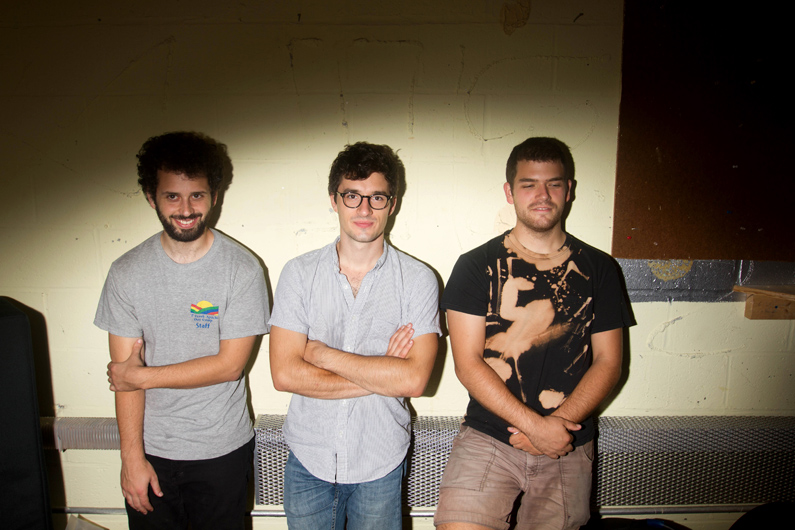 Though the band isn’t sure when the new album will be released, there is sure to be much fanfare surrounding it. Krill will also be doing a European tour in February to support the re-release of their album “Lucky Leaves.” Ratoff thinks that Krill is really hitting their stride as a band, which makes us all winners.

“It feels like we’ve been working harder, which is good. We’ve played a lot of shows recently and done a bunch of tours. It’s nice we have the opportunity to do that,” said Ratoff.