Krill may make sad music, but it makes a lot of people very happy 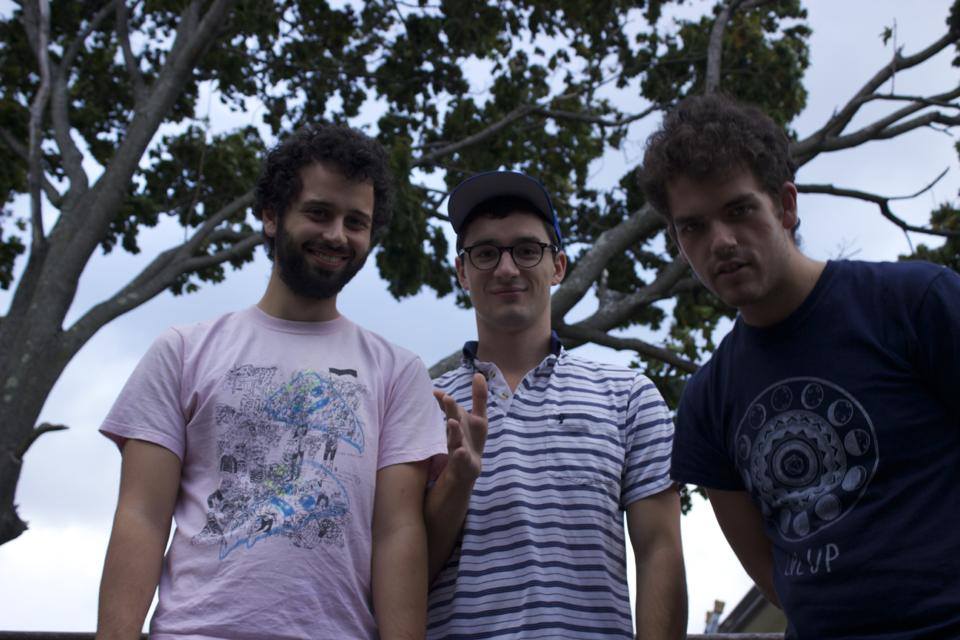 Jonah Furman may live too far inside his own head for his own good. The bassist and co-songwriter for Jamaica Plain trio Krill has once again stirred up a highly-involved concept for the band’s new EP, “Steve Hears Pile in Malden and Bursts Into Tears.” His over-the-phone description of what he refers to as a “failed concept album” lasted a good five minutes, but loosely involves the band Pile (good friends of Krill), two fictional friends, and a Dostoevsky work.

“I think that on a deeper level, it can be considered a tie to the concept of our last album, which essentially was about Krill’s breakup,” Furman says.

“This EP is almost weirdly like a precursor, because it’s about bandmates and friends seeing things differently,” he says.

Sounds like a real uplifting story, right? It’s a touchy subject for Furman – clearly the sentiments behind the album’s concept, but also the perception that Krill is becoming viewed as “just some sadcore band.”

“I sometimes fear that we’re glorifying or fetishizing sadness,” Furman says. “I don’t want it to seem like a depressed pissing contest.”

While there is relatable and reasonably gloomy substance to the band’s material — topics that range from reacting bitterly to dreams about ex-girlfriends to comparing oneself to the worthlessness of a turd being flushed down the toilet — these themes are met with proud acceptance from those who understand and embrace Krill.

Take for instance, the band’s New Year’s Eve show at Regina’s Pizzeria in Allston. The folks who packed the restaurant could have rung in 2014 in any more uplifting fashion, but instead decided to croon the lyrics, “If you wanna feel like a failure/that’s your right,” with wild smiles on their faces. That’s what Krill provides. It’s a shared “misery loves company” experience that puts a joyous spin on the feeling of feeling things. A collective catharsis, and middle finger to the sentiments that plague us. It may seem sad, but to fans of the band, it’s quite the opposite.

“Steve Hears Pile” continues on that path, and sees the band understanding this position more than ever. It’s pitiful, but the EP’s literal, sometimes hyper-relevant songwriting keeps the material charming, and even catchy. Krill’s sound also comes into its own more so on this release than ever before. Guitarist Aaron Ratoff covers a lot of ground, giving the trio a more dimensional sound than three musicians would suggest. While there are discordant elements throughout, the band achieves digestible melodies, grabbing the best of both worlds. Furman credits the Jamaica Plain music scene for continuing to push Krill’s sound.

“I was living in Baltimore when we first started making music and I was surrounded by a lot of noise rock,” he says. “Now that I live in Jamaica Plain, I’m once again hearing a lot of experimental noise rock, and it always encourages and influences Krill.”

The band explores its space on the new EP, even letting an untouched chord progression ring out in “Fresh Pond,” with the track topping six minutes.

“Steve Hears Pile” will be out Feb. 18 on Exploding in Sound Records, but the band will celebrate its release a bit early, with a show on Thursday night at Great Scott with Ava Luna, Fat Creeps, Kal Marks, and Bad History Month. The band then hits the road with Ava Luna for the rest of February and March, including multiple shows at SXSW in Austin and a festival in Phoenix that also strangely features Sir Mix-a-lot.

The trio gained considerable traction beyond Boston with its last album, but its message left its deepest impression on the fans closest to the band. With the release of “Steve Hears Pile,” that sentiment is poised to spread further beyond Boston.

END_OF_DOCUMENT_TOKEN_TO_BE_REPLACED

Enter to win a pair of tickets to attend The Hess Collection Seminar and Dinner as part of Boston Wine Festival 2018 at the Boston Harbor Hotel on Wednesday, March 14th. END_OF_DOCUMENT_TOKEN_TO_BE_REPLACED

I referred to it as the “best kept secret” in Boston arts for the holidays. END_OF_DOCUMENT_TOKEN_TO_BE_REPLACED

Boston’s arts scene shines at this time of year. END_OF_DOCUMENT_TOKEN_TO_BE_REPLACED

It’s so much more than a holiday show. END_OF_DOCUMENT_TOKEN_TO_BE_REPLACED

Rock for a cause this holiday season. END_OF_DOCUMENT_TOKEN_TO_BE_REPLACED

Get out and see a show this holiday season, and save some money when you do. END_OF_DOCUMENT_TOKEN_TO_BE_REPLACED

You can help give the gift of music to kids in need this holiday season. END_OF_DOCUMENT_TOKEN_TO_BE_REPLACED

Be honest: when’s the last time you attended a Gala? END_OF_DOCUMENT_TOKEN_TO_BE_REPLACED

The October staple returns on the 21st. END_OF_DOCUMENT_TOKEN_TO_BE_REPLACED