Know Your Neighbors: Back Bay Pt. I – Mitch Hampton

We continue this series with the Back Bay neighborhood of Boston. Our first subject: Mitch Hampton, a Boston-based jazz pianist, composer, essayist, and everything man.

Q: What brought you to Back Bay in Boston?


A: I came to Boston for Music School. I attended the New England Conservatory of Music. I think I saw a catalogue for the school, and found it fascinating. It was 1985 and I was blown away by images of musicians making music. The faculty and the students just seemed so excited. I turned down Oberlin and Miami because I liked certain things about Boston. Boston is one of the foundations of arts in the United States. Boston has a lot of the spiritual and aesthetic ideals. There’s transcendentalism, poetry, Emily Dickinson, Sylvia Plath,etc. I just wanted to be where that was. 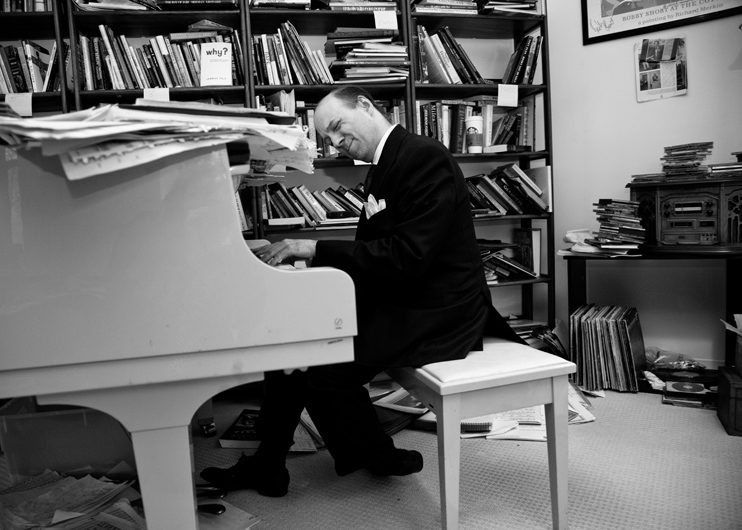 Q: Where did you grow up and what excited you most about Boston as you began exploring?


A: I was born in Manhattan. My parents had to leave NYC because they were trying to start a small business. I sort of grew up in Florida but I spent much of my time in NY. When I first came to Boston, I was so busy gigging, trying to master my work and music that I had little time to enjoy non- musical things. Though, at that time, I was already a cinephile. I went to the Orson Welles Theater, Cinema 57, and the Nickelodeon Movie Theatre pretty regularly. I was actually at the Orson Welles Theater the week it burned down.


Q: Did you have any favorite memories from some of your first jazz gigs in Boston?


A: Almost everyone in my band was a Berklee student aside from myself. We played weddings, events, concerts, jazz clubs, and all sorts of shows. I loved working and playing with these guys. We would play all of the blues nominations of the 50’s and 60’s. We played all of the music between 1955 and 1965, as well as writing our own music. The Boston of that time period was radically different than the Boston now. What’s in common was that we still have youth and energy, but boy, this was well before 9/11, the Internet, and digital. 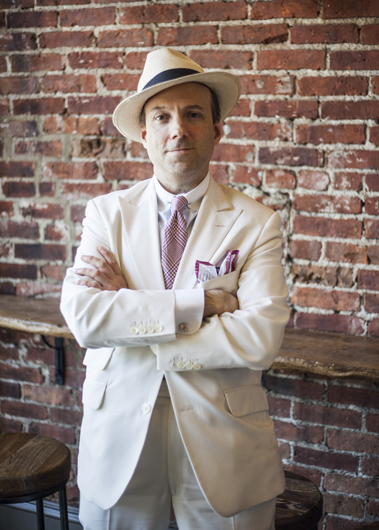 Q: Do you have a preference for the old vs. the new?


A: I have to admit I may like the older Boston a bit more than the new Boston. I really miss the Other Side Cafe, just across the street from here. It was a community place and it was amazing. All of the young people, bike messengers, and anarchist types would meet up there and sit outside late into the summer and drink. That place was there for 20 years. It was quite sad when they finally closed down. They had options for vegetarians, vegans, etc. and all of the options you can think of. Their vegan chili with cashews was something else. Most of the time, I hated the music they would play. It was always some kind of hardcore music. They’d play it at screamingly loud decibels and those that would complain would be told to hit the road, but I admired the place for that reason. 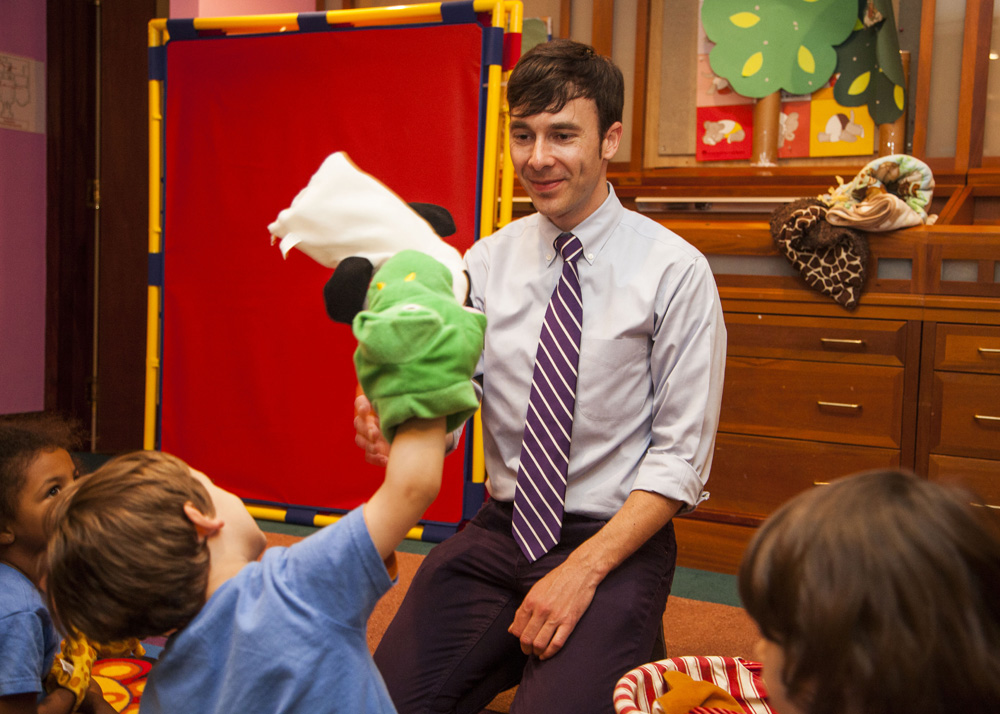 Q: What were some of your favorite shows or venues?


A: I used to go to Bitch and Animal shows, which was a radical queer/ feminist pop duo. There was an electric bassist and someone chanting and singing. This is what I liked about Boston. You’d have a duo of two women, traveling in a vegetable fueled bus. They had their own newsletter about patriarchy and apocalyptic things. It wasn’t about weather or not I believed it, but the fact that they did it and they had a venue to play. I don’t know what happened to them, but I was very attracted to what they were creating. I’d go from a Bitch and Animal show one night to a masters class at NEC the next day. The culture and diversity in Boston was something else.

Q: Do you still feel like Boston offers the right types of platforms and venues for artists and musicians?


A: I don’t think there are enough. We need a place like the Cosmic Cafe or Other Side. I think politics and the economy keep things down. There are sins and flaws in human nature that are artificial. The stinginess and lack of generosity definitely impacts the contemporary world. That’s the reason we don’t have places like that. The talent and energy in Boston is here, but people are always thinking about the bottom line and the expense. 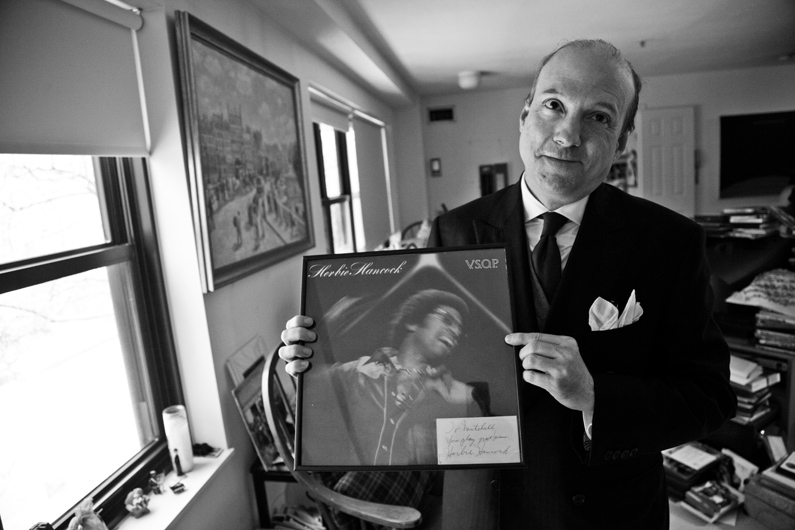 Q: What would your dream venue look like here in Back Bay?


A: First of all, I would have a venue with jazz nights once or twice a week. You could have some fusion and electric bands, and that’s fine. But you know, real Jazz. I would have vaudeville and Burlesque. It would be an art center with poetry, rock, acoustic chamber music. I’d have everything! If it would be possible to have a space with urban nightlife, drinking, and novelists combined – that would be fantastic. 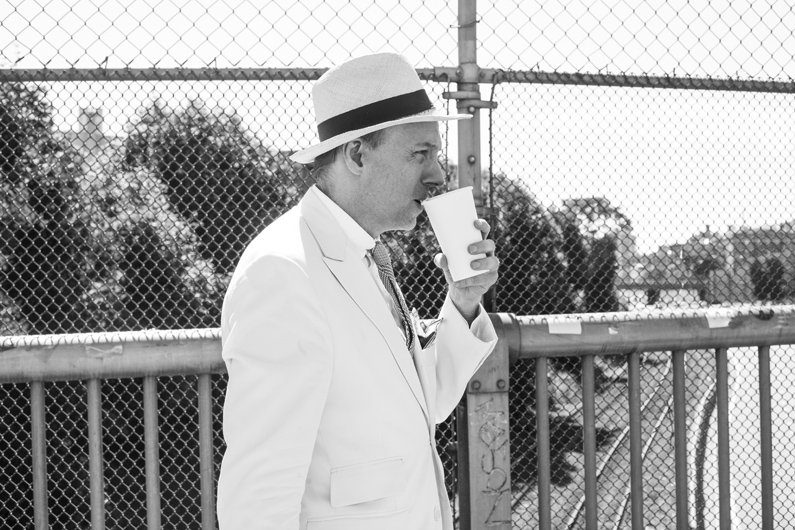 Q: What would you play at this new venue?


A: I just wrote a new piece of music that I finished this week. It’s a composition for piano. It’s sort of inspired by Cedar Walton, who was a pianist who died last year. It’s got some of his ideas in it. I’d have a rhythm section, a samba, and all sorts of boundaries broken. 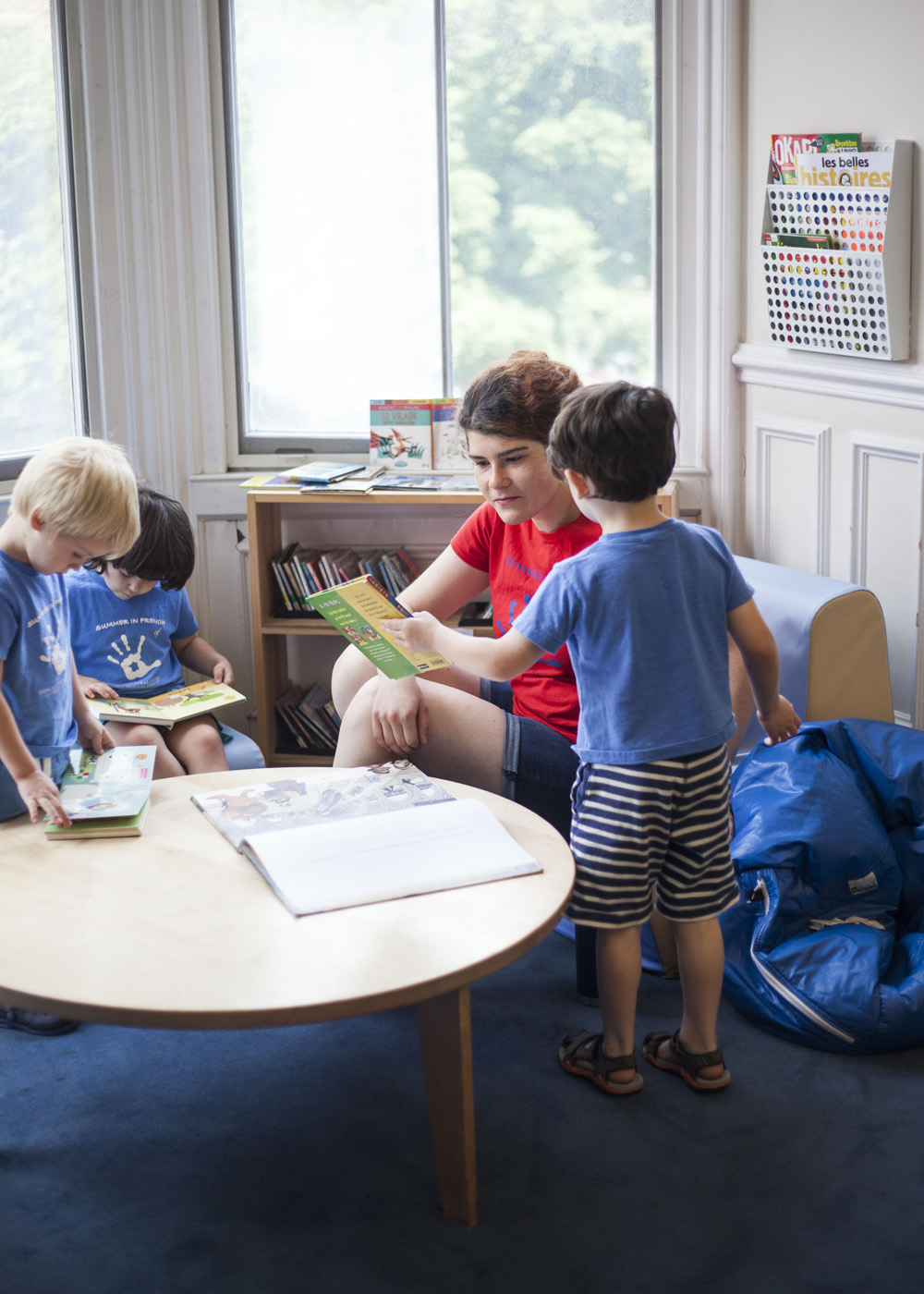 Q: We really need to see this. What was your 4th of July like last weekend?


A: I sat in with a busker on the 4th of July. We were told to stop playing in the train station. I asked a guy to play “America the Beautiful” with the Ray Charles arrangement. He started singing it and we were told to stop by the MBTA staff. The MBTA gave us a really tough time because we had electronics involved. She could have at least let us finish that song! It’s a metaphor for the problem.. God forbid we have a little fun and sing this song. 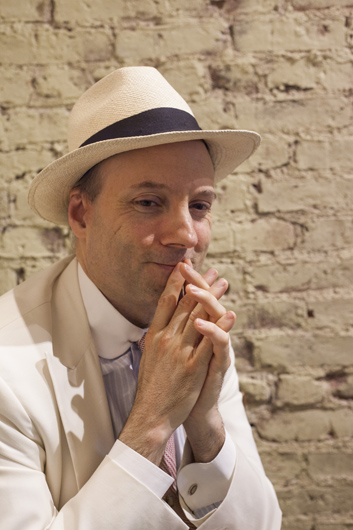 Q: I know you’ve been working endlessly on your new album. When will we be able to hear it?


A: My new album will be released in October. It’s a product of many decades of work and thinking about music. It’s a special album. The last time I recorded was in the ’90s and I was happy with it, but this time it’s an hour of music. It’s sort of like a concert/ recital that was written with sections and improvised music. It’s called “Hard Listening,” which is a joke on easy listening music. I was thinking about the music that people only kind of like, and trying to figure out why that it is. I thought, “what would happen if I took that language from easy listening but did it in a classical or avant-garde context?” 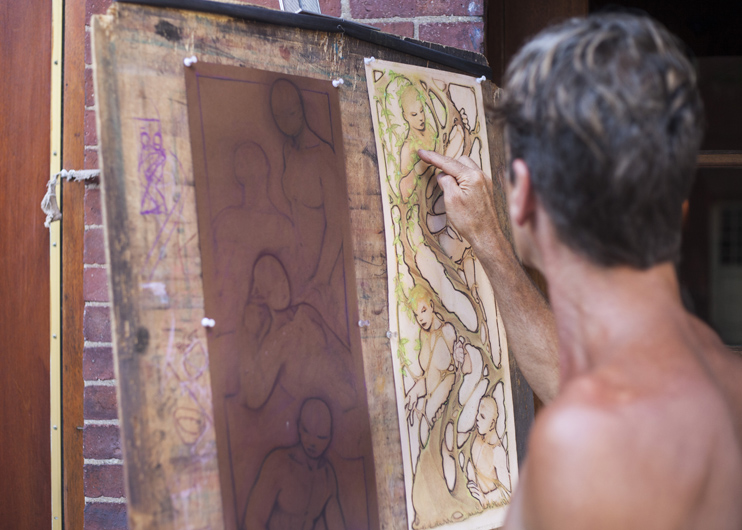 Q: I can’t wait to take a hard listen! Do you have a favorite piece?


A: I’m very happy with it. Some of the pieces are quite long with funny titles like “Crossover Hit”. It’s an angular piece of music that sounds like Thelonious Monk in some places, but it also sounds like Glen Campbell. There’s another piece that’s 12 minutes and it’s probably the most ambitious. A lot of this music is meant to be both listened to as well as be background music.


Q: Can you tell me a bit about your inspiration for the album?


A: I was listening to an interview with Herbie Hancock about 30 years ago. Someone asked him if he was okay with his music being played as background music. He responded that there was nothing wrong with that because music has many functions. I think he’s on to something. There’s a lot of detail in my music and it’s about temporality, the moment, and its precision. On the other hand, it has a trans-like quality and repetition. It’s hard to describe. 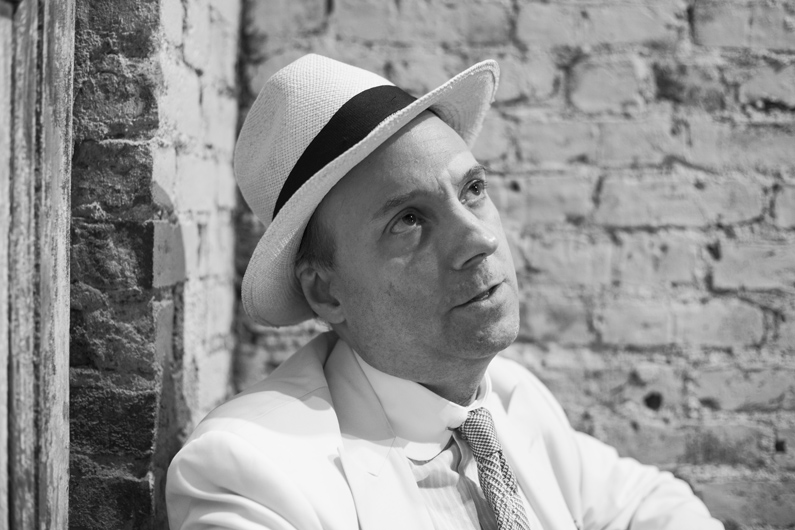 Q: When you are composing a piece, what are some of the core elements that make a piece come to life for you?


A: I sit at the piano and write at the piano. I will freely improvise for an hour or two, to try and get this stuff out of my system. I’m writing a piece right now that has an orchestral feeling to it with bursts of sound and energy. When I compose a piece, it has to have a few elements. It has to be beautiful. Whatever that word may mean to you. Part of what that means, is that it might be ugly in places, in order to be beautiful. I look to develop enough contrast. I also think in terms of color and texture, and will often write a a piece of music where I stay on one chord to develop it. I might then really violate that chord. I’ll take that chord and play it inside and out, then throw a pop thing in there, or something Elton John did. I’ll do it consciously in a way to irk and disturb the listener who isn’t expecting it. Or maybe, I’ll bring you to 1933 with harlem style piano. I like breaking down boundaries and making music feel like it has the history of music within it. I want people to be reminded of what musicians have done. So it’s almost a way of honoring the past. My goal is not to reinvent the wheel, but rather for the music to be interesting and exciting by reflecting bits of the past. I think we as humans have to understand that humans make and create stuff. We could talk about whether we make junk or the Sistine Chapel, but what’s most important is that humans create things.