The thrice-divorced Kentucky clerk refusing to issue gay marriage licenses is a hypocrite, according to Dan Savage 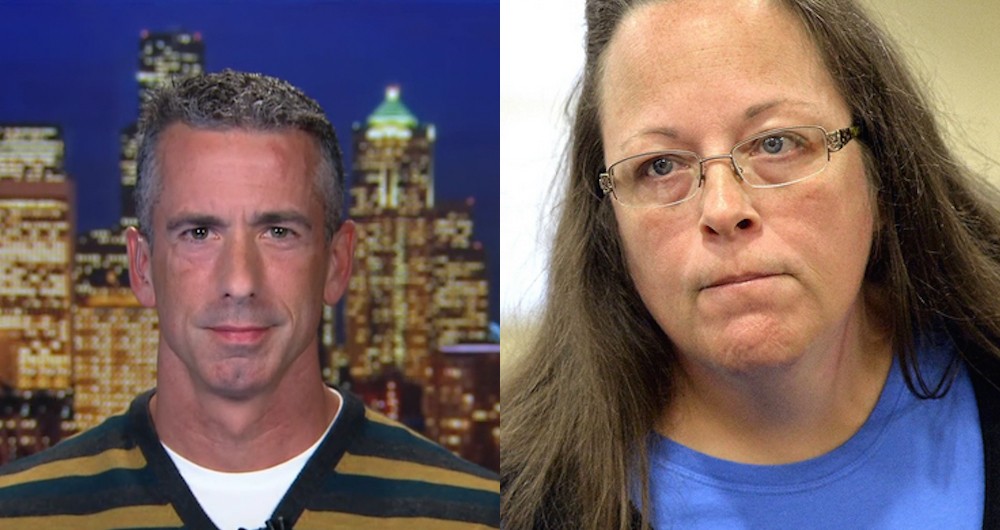 While many have called out Davis since a video of her refusing to issue a marriage license to Rowan County residents David Moore and David Ermold went viral in July, relationship columnist and gay activist Dan Savage went a step further on MSNBC Tuesday night, saying that “this is about someone hypocritcally looking to cash in”. He added: “And she is a hypocrite.”

MSNBC host Alex Wagner began the segment on The Last Word with Lawrence O’Donnell by showing footage of protesters outside the clerk’s office before asking Savage to comment on Davis’s mindset.

“I think Kim Davis is waiting to cash in,” Savage said. “I predicted from the beginning that she would defy all the court orders, defy the Supreme Court, she would ultimately be held in contempt of court, lose her job, perhaps go to prison for a short amount of time.”

“And then she will have written for her, ghost written books. She will go on the right-wing lecture circuit and she’ll never have to do an honest day’s work ever again in her life.” 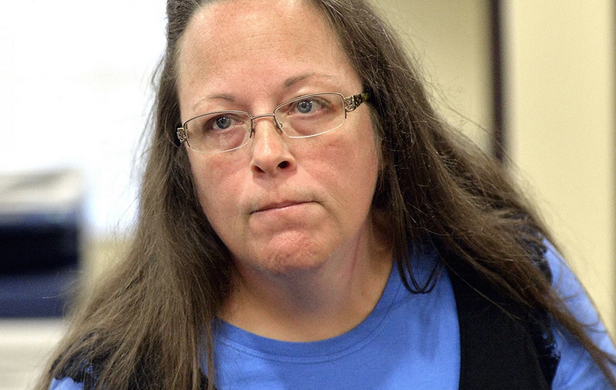 As evidence, Savage offered the example of Memories Pizza, the Walkerton, Indiana pizza place that publicly announced it would not cater any gay weddings, despite no evidence that any gay couples had asked them to do so. After coming under fire, a GoFundMe page dedicated to helping the restaurant raised over $844,000.

Savage then went for the kill shot, reading verbatim from a copy of the U.S. News & World Report article that revealed Davis has been married four times. She also gave birth to twins five months after divorcing her first husband, who were adopted by her second husband, but fathered by her third husband.

In the same U.S. News article that Savage read from, Mat Staver, who is the Chairman of the Liberty Counsel, a nonprofit litigation organization devoted to “advancing religious freedom, the sanctity of life, and the family,” according to its website, defended Davis, who is one of the organization’s clients.

Staver told US News that Davis’s past wasn’t pertinent because by converting to Christianity about four years ago, she had earned a fresh start. “It’s something that’s not relevant to the issue at hand,” Staver said. “She was 180 degrees changed.”

Check out the full MSNBC segment below.

END_OF_DOCUMENT_TOKEN_TO_BE_REPLACED

David Filipov was part of the team that headed up the Boston Globe/Fox25 Olympic Debate last night. He offered his takeaways and analysis after an update on the latest exchange between Governor Baker and the USOC. All in all, our conversation does a pretty good job of getting you up-to-speed on all things Boston2024. END_OF_DOCUMENT_TOKEN_TO_BE_REPLACED