Keep Rondo: 5 reasons why trading him now would be a huge Celtics mistake 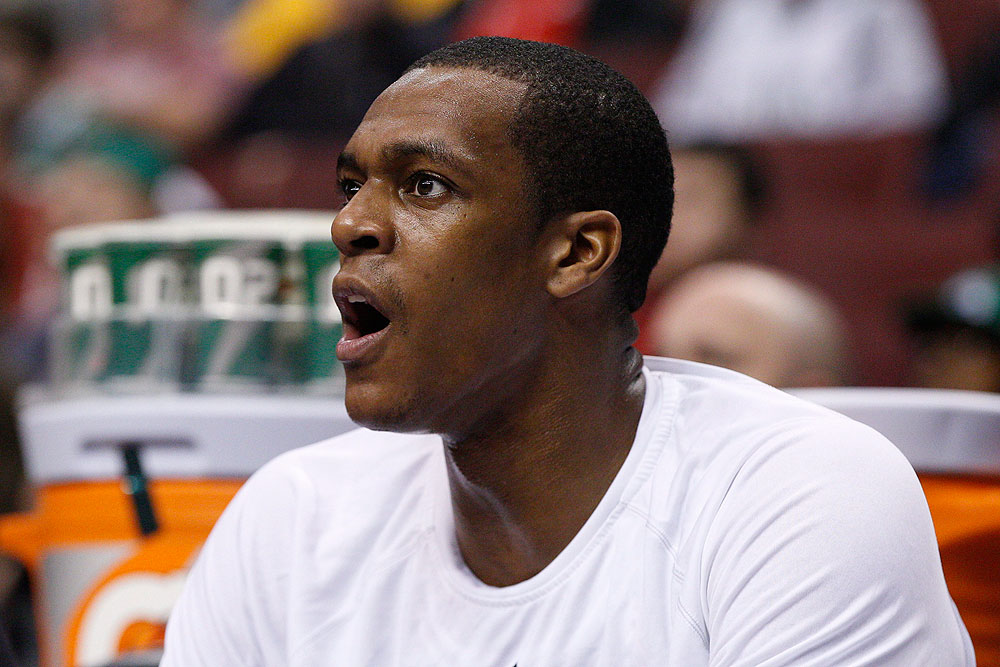 With just one day remaining before the trade deadline, rumors are running rampant. Boston’s newest captain, Rajon Rondo, has surfaced as a player Danny Ainge is considering dealing, if the price is right. The Sacramento Kings and Toronto Raptors have reportedly already made plays for the point guard, though as of this point, nothing further has come of those talks.

It’s completely understandable why Rondo’s name would be heard on the trade market right now. The Celtics have the 27-year-old signed through the end of the 2014-15 season, after which he will command a long-term deal with a significant raise to his current $12 million salary. Ainge surely wants Rondo to be a part of the team’s future, but he will have to think hard about just how much he is willing to pay to keep the longest tenured Celtic in green.

Despite that looming decision on Rondo’s worth for the franchise in the coming months, there are several compelling reasons to stand pat and keep Rondo in a Celtics uniform, at least through the remainder of this season.

Rondo has played just 10 games this season after taking nearly a full year to recover from a torn right ACL. It’s a long road for any NBA player to work their way back to full strength after such an injury, and Rondo isn’t close to being at that point just one month into his on-court return. The Celtics would be best served to evaluate Rondo for the remainder of the season and see how his play progress. That way, they can make a more informed decision about whether they like how he fits into Brad Stevens’ system. If Boston decides they want to trade him this summer, the team could get more value for him in a deal, having showcased his skills in the next couple of months.
This reason has less to do with basketball reasons and more to do with franchise prestige. On Jan. 17, prior to Rondo’s season debut, he was named as the 15th captain in Celtics history, replacing Paul Pierce who had held the honor since 2000. For a team with such a storied history, turning around and dealing Rondo just one month after you named him captain seems like pretty poor form. At least give him the rest of the season so he has a chance to prove his worth in that role. I don’t think that’s too much to ask from the team.
On a rebuilding team full of youngsters and a few veterans past their prime, Rondo is one of the few pieces in the roster with significant playoff and championship experience. As the Celtics look to get back into championship contention over the next few years, guys with Rondo’s experience will be tough to come by. The four-time All-Star has proved he can hang with teams like the Miami Heat when all the chips are on the table. Moving on from a player capable of that seems foolish.
The Celtics have always struggled to get All-Star caliber players to Boston, especially during free agency. Name the last superstar that signed with Boston on his own accord? You can’t. Winters stink here and taxes are high for any millionaire. In their eyes, Boston is just not an ideal place to sign with, unless there are other major incentives to playing with the Celtics. The team already has a good coach in Stevens, but they need good players here in order to attract other stars. Rondo, a lifetime Celtic, could perform well in that role, much like Paul Pierce did in the summer of 2007 when he convinced Kevin Garnett to accept a trade and sign an extension with Boston. And he’s one of the game’s best distributors. What player doesn’t want to play with a guy that makes the game easier for everyone around him and consistently gets the ball in your hands at the right spots?
Right now, Ainge’s reported trade demands for Rondo include two first round picks. While those selections could be major assets, they would also come with a large amount of uncertainty if the Celtics acquired them now. The standings in the NBA are tightly bunched right now, meaning those picks could fall in many spots depending on how the draft lottery plays out in May. If the Celtics are going to deal away their superstar point guard, they are better served playing the waiting game until after the season and lottery so they know exactly what draft picks they would be working with in any potential deal.

Any decision to move on from a franchise fixture like Rondo has to be taken seriously. It’s unclear whether the Celtics are best served to build around the point guard or move him to gain additional assets for their rebuild. Whatever path Ainge chooses to take with Boston’s starting point guard, it’s too early for him to know the right one. For the time being, the Celtics should hold onto Rondo and revisit any potential moves involving him this summer.