Kanye year-by-year, a decade after ‘The College Dropout’

In 2003, a young Kanye West, recovering from a near-fatal car accident, worked on his Def Jam debut album, “The College Dropout.” The album was released on Feb. 10, 2004, and a decade of Kanye dominance ensued. Let’s look back year-by-year on Kanye’s career, to better understand how his music and his madness have progressed over time.

Kanye releases one of the most successful debut albums in hip-hop history, “The College Dropout,” seeing massive radio play with singles like “Through the Wire,” “Jesus Walks,” “All Falls Down,” and “Slow Jamz.” The album was leaked, but Kanye strategically reworks many of the tracks for the album before its official release to ensure its success. It is also the launch of “fun-loving” Kanye, who would stick around to some degree for two more albums afterwards. Conceptually light-hearted, with skits relating to a college experience, as well as more nostalgic feel-good songs, like his ode to those who raised him in “Family Business,” are balanced out by heavier religious themes in “Jesus Walks,” and a 12-minute closing track, “Last Call,” in which Kanye tells his entire life story at the end. He gets 10 Grammy nominations for the record, but already shows signs of controversy at the American Music Awards, when he storms out after losing Best New Artist to Gretchen Wilson.
Kanye follows up with a sophomore album, “Late Registration,” within a year. With another act of confidence, Kanye invests $2 million of his own money to produce it, including hiring a string orchestra and collaborating with with composer Jon Brion to record it. In an ailing record industry, “Late Registration” sold 2.3 million copies in the US by the end of 2005. Kanye continues with the academic theme, and this time takes greater chances with his collaboration, featuring singers like Adam Levine, playing off of Curtis Mayfield and Ray Charles themes. Controversial Kanye goes international during a Hurricane Katrina benefit, when Kanye says, “George Bush doesn’t care about black people,” on live TV in front of millions. In a Philadelphia performance for the Live 8 tour, Kanye tells the crowd that AIDS is a “man-made” disease that was “placed in Africa just like crack was placed in the black community to break up the Black Panthers.”
Religious Kanye also shows his face again when he takes to the cover of Rolling Stone wearing a crown of thorns with the headline, “The Passion of Kanye West.” He releases the little-known “Late Orchestration,” featuring live takes of songs from his first two studio albums and tours the world with U2.

Kanye releases his third album, “Graduation,” which is the final installment of his college-themed trilogy. While the themes remain consistent, the aesthetic changes greatly. Kanye’s allegiance to feel-good, often sampled beats is traded for a more synth-heavy approach, as apparent on the pulsating beats of “Flashing Lights,” or the Daft Punk-influenced “Stronger.” Unfortunately, late in the year, Kanye would lose his beloved mother to complications with cosmetic surgery. Consequently, it would be the last we hear of feel-good Kanye in a musical setting. “Graduation,” becomes exactly what the title infers for Kanye.
“808’s and Heartbreak” hits stores, and once again shows progressive musical strides for Kanye. Debuting the lead single “Say You Will” at the 2008 MTV Video Music Awards, it is immediately clear that the cheeky rhymes of his previous albums were being traded for a heavy dose of auto-tune. Kanye’s singing efforts, paired with minimalist production and more darker themes led to mixed reactions, but those who followed Kanye closely understood the vulnerability that led to this stark progression. “808’s and Heartbreak” is arguably Kanye’s most influential record to date, with hip-hop artists across the board eating up his auto-tuned tactics after the albums release. It also becomes more fashionable to hate Kanye in 2008. After he makes fans wait until after 4 a.m. to take the stage at Bonnaroo, fans spew the hate back at him, sporting signs that read “Fuck Kanye” on the campgrounds the next day. Kanye responds with a lengthy rant blaming Bonnaroo on his blog.
Controversial Kanye reappears in a big way at the 2009 MTV Video Music Awards when he storms the stage after Taylor Swift wins the award for Video of the Year. He grabs the microphone from a startled Swift and tells her that Beyonce’s video for “Single Ladies (Put A Ring On It)” was “one of the best videos of all-time.” He is removed from the awards ceremony. Unfortunately, this has since had a negative effect on Kanye’s own award nominations, as he was snubbed at that year’s Grammys, and was once again overlooked for nominations this year for “Yeezus.” Kanye also briefly changes his name to Martin Louis the King Jr. West in order to promote his Louis Vuitton high-top sneakers. The name didn’t stick.
Rather than letting criticism defeat him, Kanye uses it as an opportunity to once again transform his artistry on “My Beautiful Dark Twisted Fantasy.” He returns to rapping for most of the record, but embraces his enemy persona, attacking with maximalist production, takes shots at celebritydom, fandom, and juggles the themes of success and excess. Critics embrace it as Kanye’s greatest and most expansive work to date. Perhaps the most curious track on the album, “Lost in the World,” allowed Kanye to collaborate with sweet-voiced folk singer Bon Iver for one of the most unlikely, but nonetheless genius collaborations hip-hop had ever seen. “My Beautiful Dark Twisted Fantasy” doesn’t produce the same amount of singles that his previous albums do, but it is lauded for its greatness as a single body of work, despite once again being snubbed at the Grammy’s. Kanye accompanies the album with a 35-minute film called “Runaway.”
Kanye is quick to follow up, releasing a collaborative album with Jay-Z. “Watch The Throne” puts Kanye, who was once a producer and protege of Jay-Z, at the same level, on the same stage. With the name, “Watch The Throne,” it is clear where Kanye’s head is. The album is an enormous success, and in many ways, is a return to classic Kanye, with the soulful proclamations in “Otis,” and the cut-throat styles of “Ni**as In Paris.” Kanye also premieres his women’s fashion line, DW Kanye West, at Paris Fashion Week. 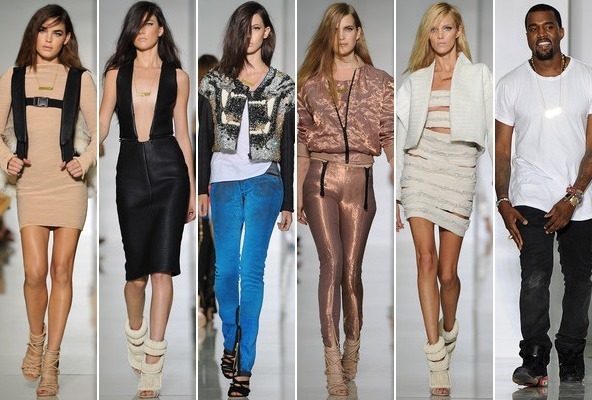 Kanye releases “Cruel Summer,” a compilation album of artists on his label GOOD Music. The comp is more of a silent killer, yielding four singles, each of which charted in the US. Kanye took 2012 to focus on other creative avenues, screening a short film, also called “Cruel Summer,” at the Cannes Film Festival in a theater that included seven screens.
Kanye makes a concerted effort to switch up his sound once again, going for a sonically-overbearing experimental production, and hitting hostile themes of racism in the fashion industry, MDMA-fueled fame, and the very apparent religious overtones. Much like “Twisted Fantasy,” the album is viewed more popularly as a daring singular body of work than a hit-machine, despite unveiling songs like “Black Skinhead” and “New Slaves” in advance by projecting their music videos on buildings in 66 locations throughout the US. The album’s suggestive topics are only heightened by an unorthodox video for “Bound 2,” in which he and topless girlfriend Kim Kardashian ride on a motorcycle. Kanye and Kardashian also welcome their first child, North West, in June.
In only 10 years, Kanye West has managed to hit a next level with every creative effort, whether these efforts are recieved with open arms or harsh criticism. He will easily be seen as one of the greatest innovators in 21st century entertainment, not to mention, one of the most influential figures in hip-hop history. Much has changed in the music industry since “The College Dropout,” and many of those changes can, in one way or another, be traced back to Kanye West. He is one of the most unlikable, most controversial, and most egotistical products of the Internet age, but continues to remain on top a decade later. 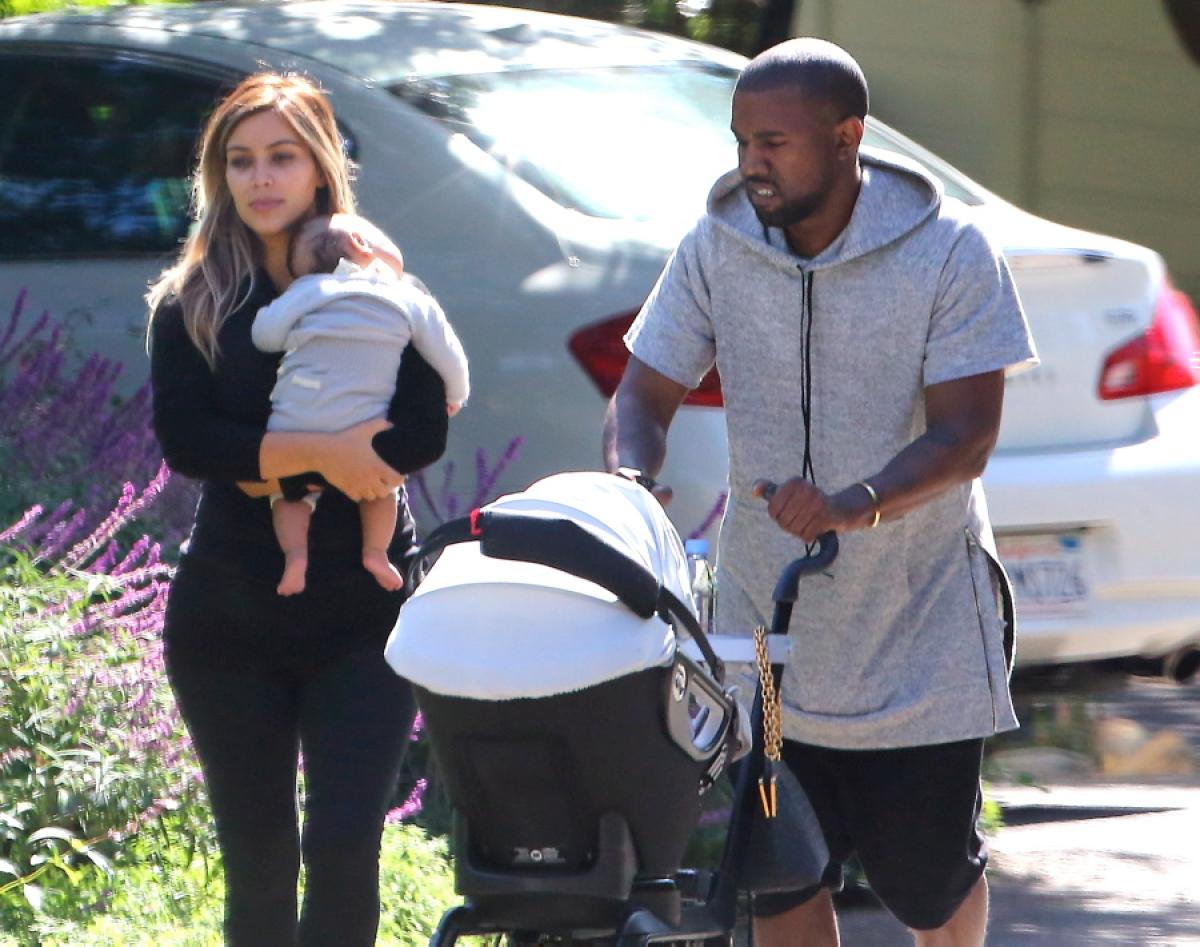