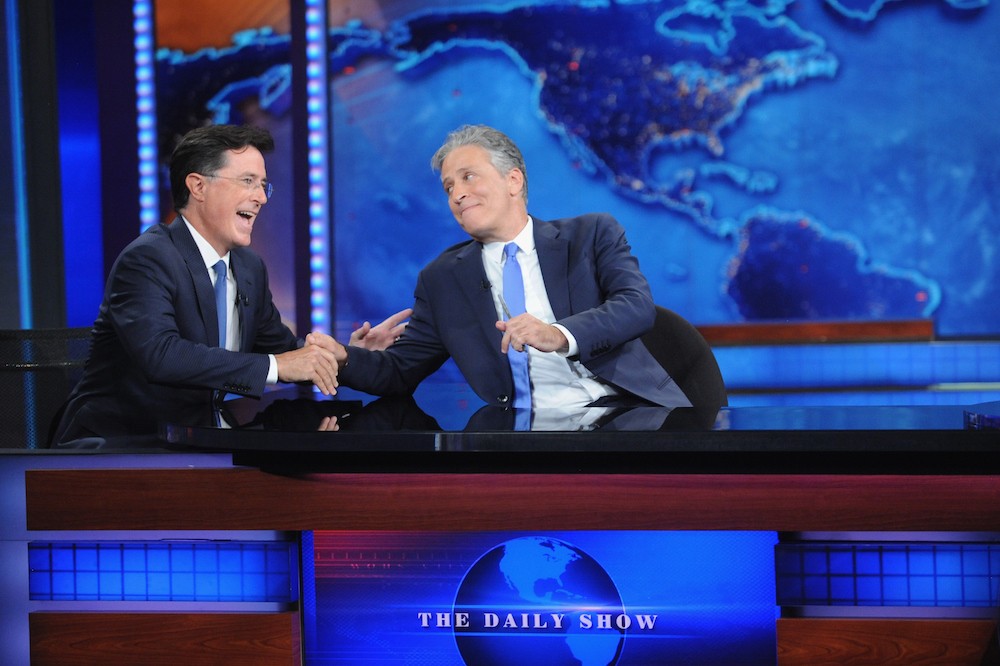 “Actually, Jon, we’re not quite done,” Stephen Colbert told Jon Stewart as Stewart tried to segue his final episode of The Daily Show into a commercial break Thursday. “You can’t stop anyone because they don’t work for you anymore.”

And with that, Stephen Colbert launched into a sentimental, gratitude-filled, and off-prompter tribute to the man who helmed The Daily Show for 16 years and 17 seasons.

“You said to me and to many other people here years ago never to thank you because we owe you nothing,” Colbert told Stewart. “This is one of the few times that I’ve known you to be dead wrong.”

“You are infuriatingly good at your job, OK?”

Stewart teared up throughout the speech. Naturally, Colbert made him laugh simultaneously.

“Personally,” Colbert told Stewart, “I do not know how this son of a poor Appalachian turd miner, I do not know, I do not know what I would do if you hadn’t brought me on the show. I’d be back in those hills mining turds with pappy.”

The hour-long show also included appearances from other former contributors, a sequence introducing the entire The Daily Show staff, and a montage of hilarious messages from politicians.

And at the end of it, Stewart signed off with a very simple, “Thank you. Goodnight.” 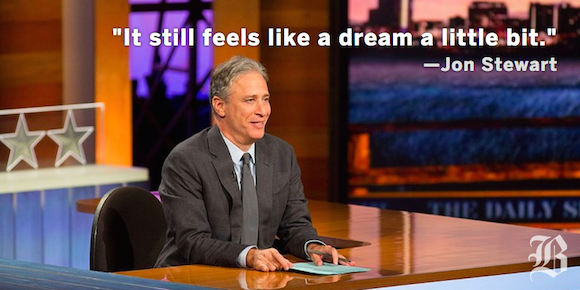 This article has been updated to include a video of Colbert’s speech.