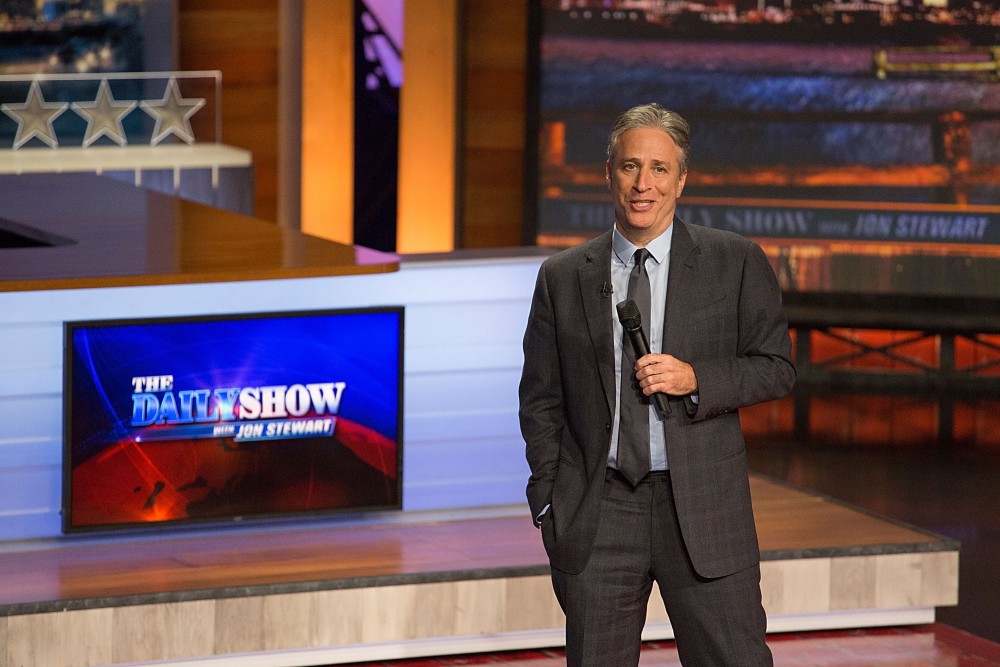 Last night, Jon Stewart announced on The Daily Show that he’d be leaving the broadcast after over seventeen years on the air.

The Daily Show has impacted our culture in a profound way during Stewart’s tenure. Whether it was the first broadcast after 9/11, their 2008 Rally for Sanity with Stephen Colbert, or Stewart’s famous appearance on Crossfire, there are other moments still that are emblematic of his time on the nightly news circuit.

We give you “Guantanamo Baywatch,” originally broadcast in 2012:

This segment is classic Jon Stewart in so many ways. First, the heavy pop culture reference: 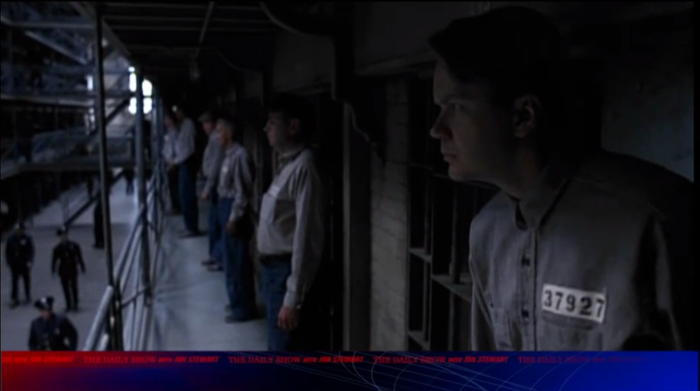 Mistaking Guantanamo Bay with clips from The Shawshank Redemptionand X-Men,then dismissing the joke with a shrug is prototypical Daily Show.

Then, Stewart rockets into some razor-sharp commentary… 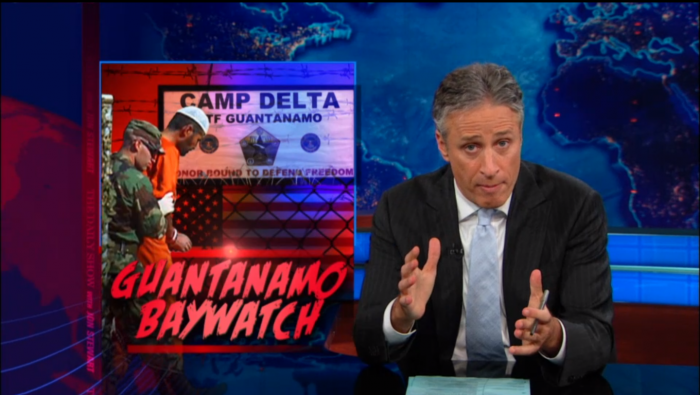 “Long story short, Cuba pussed out,” Stewart explains in regards to Guantanamo Bay still being open. “We’re keeping these prisoners in Cuba to keep Americans safe…because there’s no way anybody could ever get to America from Cuba.” 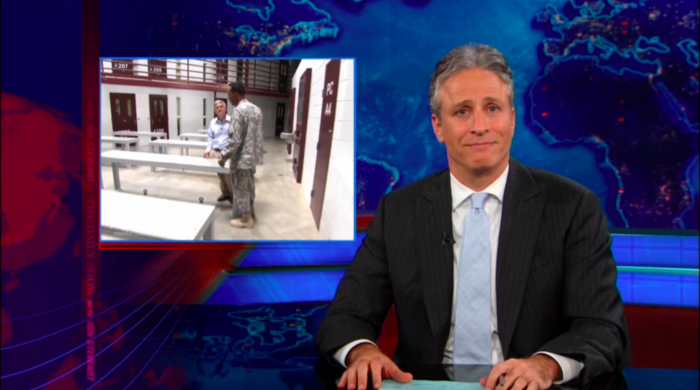 As is customary, the political commentary heats up as Stewart goes in for the kill, skewering the flawed American prison system. The host teased a class at Guantanamo that teaches prisoners how to make a resume, joking that that was “a little optimistic, don’t you think?”

Finally, one of The Daily Show‘s many goofy correspondents arrived.

It’s Gitmo, an Elmo puppet with jewels in its beard and a bandana.

Because why can’t satire have puppetry? Exactly.

That’s the root of Stewart’s brilliance and the reason we’re going to miss him so much. He blends the facts and the silly all together into a consistently great product, and one that won’t soon be forgotten. Kudos to you, Jon, onwards and upwards.

A decade of Wreck The Halls. END_OF_DOCUMENT_TOKEN_TO_BE_REPLACED

Chef David Vargas, Owner of Vida Cantina in Portsmouth, NH is hosting a one-time-only event that he created to raise money for foundations supporting immigrant workers and their families. He joined me in studio with Chef Daniel Bojorquez of La Brasa in Somerville to talk about Si Se Puede – Yes We Can Dinner on Sunday, April 2. END_OF_DOCUMENT_TOKEN_TO_BE_REPLACED

Leah Wellbaum from Slothrust brought her trusty six-string to Studio B and turned in the first RadioBDC Session of 2017. Check out her three songs and her chat with Julie Kramer, recorded live on February 28, 2017. END_OF_DOCUMENT_TOKEN_TO_BE_REPLACED

Comedian Myq Kaplan is a comedian named Myq Kaplan. He joined me in studio this afternoon, and he’s at Laugh Boston this weekend. Click here for tickets. END_OF_DOCUMENT_TOKEN_TO_BE_REPLACED

Mike McColgan and Lenny Lashley of Street Dogs were in session on November 30, 2016 to play three songs and chat about their annual Wreck The Halls shows at Brighton Music Hall December 15-18. END_OF_DOCUMENT_TOKEN_TO_BE_REPLACED

Tegan and Sara stopped by for a chat before their House of Blues show on Halloween night. END_OF_DOCUMENT_TOKEN_TO_BE_REPLACED