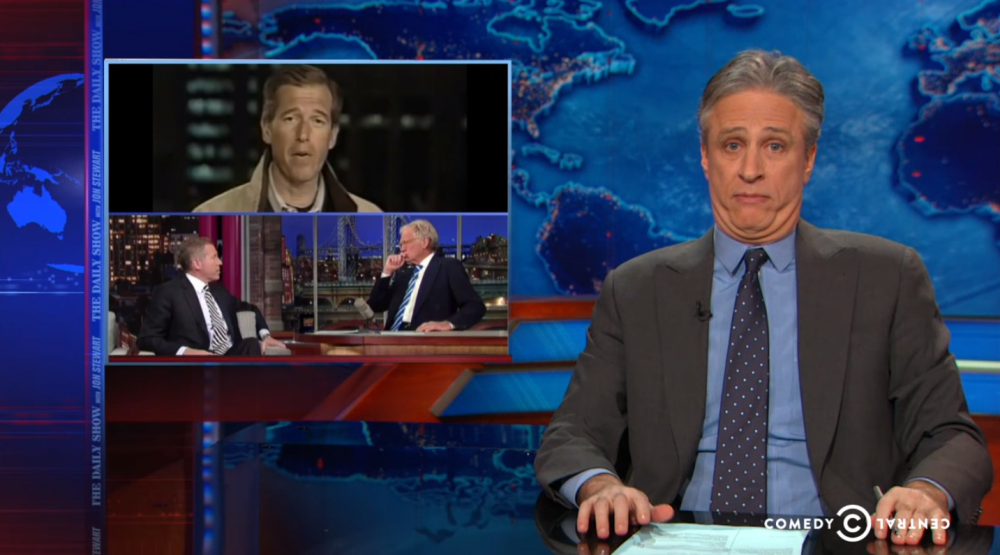 Jon Stewart had a chance to sink his teeth into the Brian Williams controversy last night, giving the NBC News anchor his just due for repeatedly telling an incorrect story about a downed helicopter in Iraq.

Williams has come under fire for saying a helicopter he rode in in 2003 was hit by a rocket-propelled grenade.

As a clip of Williams telling the story on David Letterman played, Stewart faux-analyzed Williams’ nervous system in real time.

“That’s known as the brain’s applause center,” Stewart said. “Once that engages, there’s no going back — you’re in full-blown anecdote mode.”

This about sums up Stewart’s feelings on the whole thing: 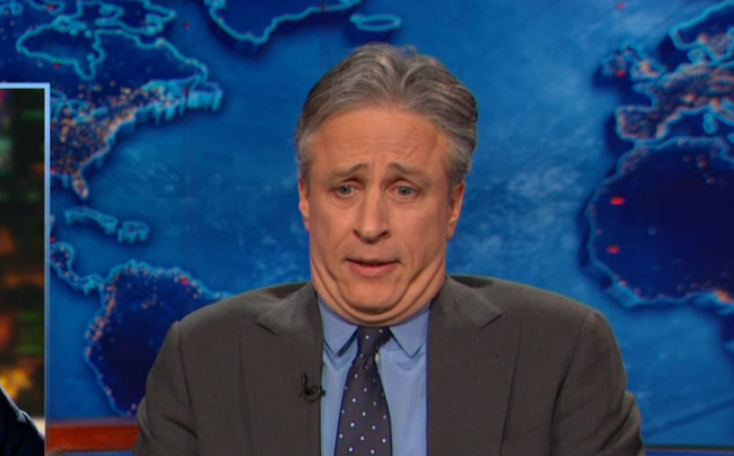 Always a pleasure to have Boston.com’s Perry Eaton in studio for a chat. After we talked a bit about Pearl Jam at Fenway and Perry’s new podcast, he filled us in on Game of Thrones live and Narragansett’s new Bananagrams-themed brew. END_OF_DOCUMENT_TOKEN_TO_BE_REPLACED

No, not from afar, from the comfort of her couch. From the actual awards themselves. That’s where Meredith Goldstein was for the Oscars. She shared all the juicy, first-hand details with me. END_OF_DOCUMENT_TOKEN_TO_BE_REPLACED

It was wonderful having our good friend Meredith Goldstein back in studio this morning. She dug into the latest edition of Love Letters, which prompted us to play this song. And of course we had to discuss the Oscars. Make sure you’re following Meredith on Twitter, as she’ll be live-tweeting the awards this Sunday night. END_OF_DOCUMENT_TOKEN_TO_BE_REPLACED

Our first edition of TV Sets for 2016 might be better than every edition from 2015. END_OF_DOCUMENT_TOKEN_TO_BE_REPLACED