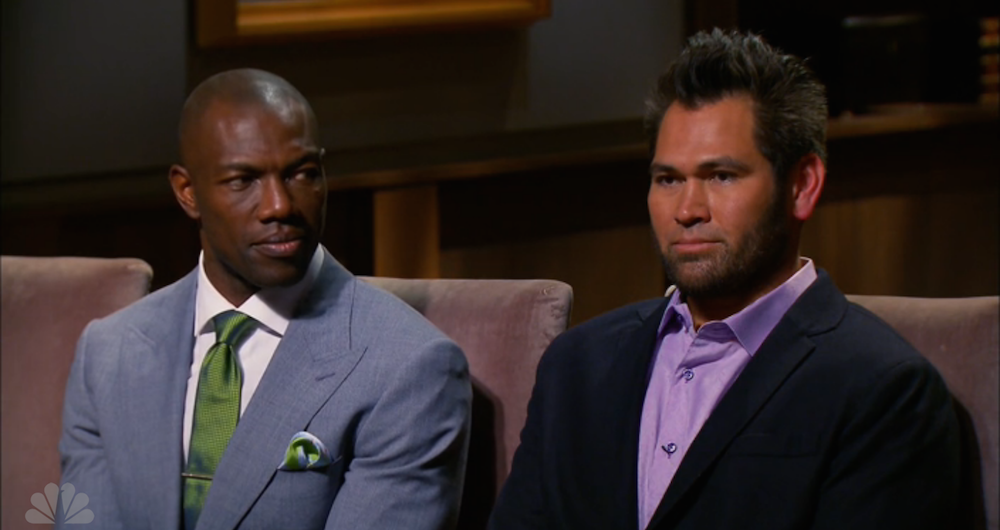 In what should come as a shock to no one in Boston, former Red Sox outfielder Johnny Damon and Red Sox Owner John Henry aren’t exactly BFFs. Damon famously spurned the Red Sox for Yankees pinstripes in 2005 after failing to agree to a contract with the Sox. But if last night’s episode of “Celebrity Apprentice” is any indication, Donald Trump didn’t get the memo.

TMZ Sports published the clip, in which the Donald chastises Damon and former NFL wideout Terrell Owens for not raising enough money for whatever asinine challenge Trump had them working on.

Here’s a basic transcript of the exchange, which is difficult to understand because Trump keeps talking over Damon.

DT: “I mean you have all those guys up in Boston that love you, they’d give you whatever money you wanted.”
JD: “I’m not sure they love me that much–”
DT: (Interrupting) “Including John Henry, who’s a great guy…”
JD: “I haven’t talked to him since–”
DT: “I think if you ever called John Henry, he’d give you whatever you want.”
JD: “Um, he did not do that back in 2005, so–”
DT: “Well that’s different. No, but that’s different.”

While it is true that the Yankees’ 4-year, $52 million contract trumped Boston’s offer of 4 years and $40 million, Then again, maybe Damon just wasn’t prepared to answer such an obviously wrong accusation from the Donald, who’s been known for making a few of those in his lifetime.

In the first episode of this season’s “Celebrity Apprentice,” for example, Trump fired former “Cosby Show” star Keshia Knight Pullman for not calling Bill Cosby to raise money. This, despite Knight Pullman saying she hadn’t talked to the embattled comedian in years. Can you imagine that call? “Hey Bill, was just wondering if you wanted to give some money to the guy who called you a two-faced phony, said you were probably guilty, and said you had hatred pouring out of your eyes. Thanks!”

I’d say more, but it’s hard to think of someone who deserves to be written about less than Donald Trump.

Disclosure: BDCwire is a part of Boston Globe Media, which is owned by John Henry.

Enter to win a pair of tickets to attend The Hess Collection Seminar and Dinner as part of Boston Wine Festival 2018 at the Boston Harbor Hotel on Wednesday, March 14th. END_OF_DOCUMENT_TOKEN_TO_BE_REPLACED

The Black and Gold continue their run tonight at TD Garden. END_OF_DOCUMENT_TOKEN_TO_BE_REPLACED

Who will make the Class of 2018? END_OF_DOCUMENT_TOKEN_TO_BE_REPLACED

It’s been awhile since we talked Black and Gold. END_OF_DOCUMENT_TOKEN_TO_BE_REPLACED

You’re going to wish you were in the Northern Alps. END_OF_DOCUMENT_TOKEN_TO_BE_REPLACED