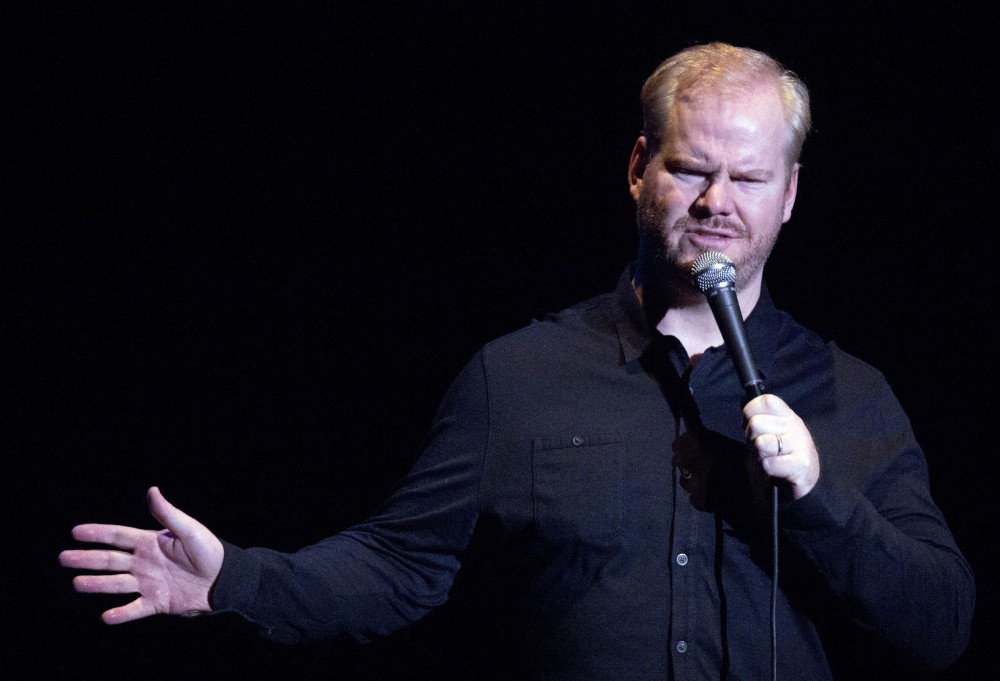 It’s that point in the winter where you’re not sure if you’ll make it through. It seems like forever ago when you last felt the warmth of sunshine and everyone keeps talking about Polar Vortexes and Hercules Storms. It’s cool, you’re doing fine pal. Just take your mind off things. Here are some options to keep you laughing, rocking, thinking, and chowing down this week.

Philly folks think they’re the only ones who can make a good cheesesteak, huh? First of all, it’s called a steak and cheese. Secondly, Howl at the Moon begs to differ. The bar, along with The Phantom Gourmet’s Andelman brothers will host a battle between All Star Sandwich Bar’s Kosta Diamantopolis and Al Costello from Al’s Cafe. The price of admission will give you plenty of samples of the competing sandwiches and all funds from the event will benefit the Restaurant and Business Alliance (6:30 p.m., $25, 21+).
Want to know the science behind snuggling? Did you even know that there was any science involved in snuggling? The Burren in Somerville hosts its first Science By the Pint night, welcoming evolutionary biologist Dr. David Haig, who will discuss “The Huddler’s Dilemma: The evolutionary biology of snuggling” over some brews (7 p.m., free, 21+).
Former Bostonian Jordan Lee, also known as Mutual Benefit, released one of 2013’s best albums with “Love’s Crushing Diamond.” Now he returns to Allston to lead an awesome bill that also includes New York’s Frankie Cosmos and local trio Krill (9 p.m., $10, 18+).
Somerville’s monthly vaudevillian variety show returns from a holiday break to the Davis Square Theatre, this time playing on the theme of hockey. An array of performances including music, poetry, comedy, improv, and hip-hop will put an entertaining spin on everyone’s favorite Canadian pastime (8 p.m., $10, all ages).
One of the kings of slacker comedy, the self-talking Jim Gaffigan, kicks off a beefy stint at the Wilbur on Tuesday. If you enjoy jokes about hot pockets, cake, bacon, and other foods, or even just hilarious points of view on things that nobody else has opinions about, you’ll love Gaffigan (7:30 p.m., $41-61, all ages).
Brooklyn alt-punks The Can’t Tells make a trip to Allston in a show that also includes Yale, Massachusetts’ grand return to the stage after a rather long gig-less stretch, as well as Allston’s own Lady Bones (9 p.m., $8, 18+).
Middlesex Lounge hosts a night of comedy featuring some of Boston’s funniest ladies. Judging by the title of the event, which is hosted by local stand-up Katie McCarthy, shit could get pretty nasty, too (7:30 p.m., donation-based, 21+).
For the Sake of Song partners with WUMB Radio to celebrate the music of Neil Young at Davis Square Theatre. Local groups The Autumn Hollow Band and The Grownup Noise try their hands at Neil Young favorites, and the bands probably won’t yell at you for taking pictures either (7:30 p.m., $10/free for WUMB members, all ages).
British fuzz-rock outfit Yuck may have lost its lead singer for the band’s latest release “Glow & Behold,” but it still plays ’90s music better than any band that wasn’t even a band in the ’90s. The now-trio returns to Boston for the first time with its new lineup (with The Alvvays and Velah; 8 p.m., $15, 18+).