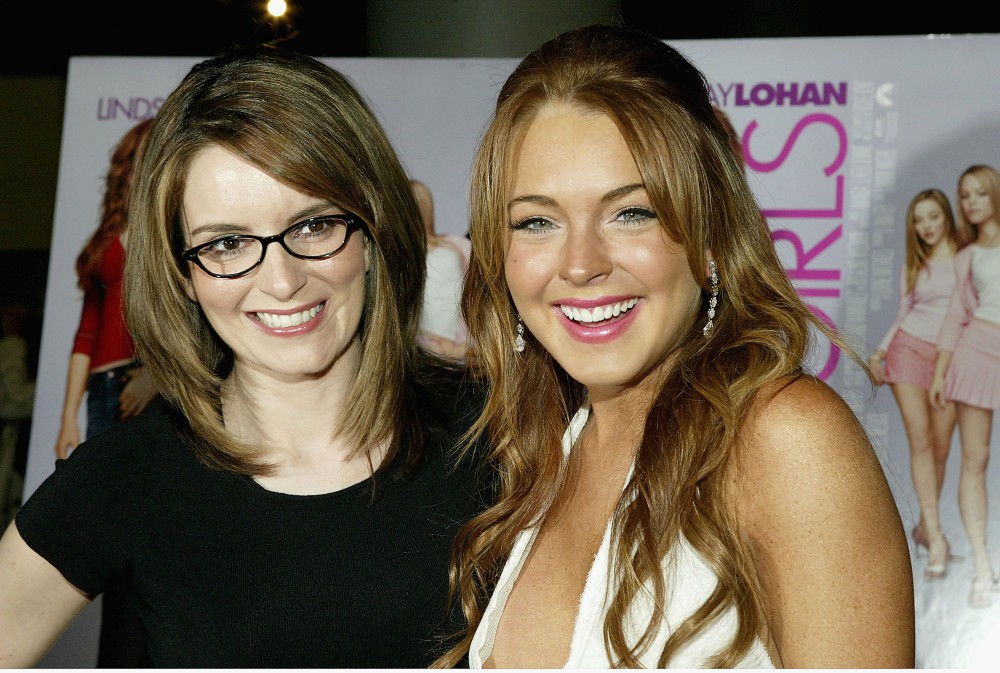 Tina Fey and composer husband Jeff Richmond have the perfect family dynamic for frequent collaboration. You’ll recognize Richmond’s rich scoring from earlier seasons of SNL, the background of every 30 Rock episode and, most recently, in Fey’s new Netflix series The Unbreakable Kimmy Schmidt.

Yahoo spoke to Richmond yesterday about his work on Kimmy, particularly the insanely catchy theme song, and eyes widened as the conversation turned to the oft-rumored musical adaptation of 2004’s Mean Girls that he’s working on with Poehler and lyricist Nell Benjamin, who previously worked on the Legally Blonde musical.

“There’s been quite a lot of progress on it. We are circling in on… here’s what I can tell you: We’ve been writing this… Nell Benjamin of Legally Blonde fame, she’s working with us as a lyricist. We’ve been working for a long time now. I’m going to say it’s like 60 percent written, and it’s being staffed creatively… We are looking to do some actual solid readings coming around this summer. The Kimmy Schmidt thing took a lot more time than we all thought, so it slowed some Mean Girls stuff down.”

Though Richmond slowed down the spoiler train there, he revealed the name of one potential track, a ditty called “Old Blonde Song” to be sung by Regina’s mother, a role originated by Amy Poehler.

And in case you’re wondering, Richmond has already confirmed that there will be no song called “Fetch.” It’s never going to happen.

Golden Globe and Emmy nominee Benjamin Wallfisch is the composer responsible for the score of the hit movie IT. I talked to Ben about his approach to scoring the new version of this iconic story and his thoughts on film and music overall. Some very insightful commentary; listen in. END_OF_DOCUMENT_TOKEN_TO_BE_REPLACED

Rupert Gregson-Williams is an award-winning film composer. He just so happened to compose the score for this summer’s big blockbuster Wonder Woman. We talked about his beginnings in film scoring, film scores that move and inspire him and, of course, Wonder Woman. END_OF_DOCUMENT_TOKEN_TO_BE_REPLACED

Jeff Rapsis is a New England-based composer and performer. Lately, he’s been creating live musical scores for silent film screenings. I talked to him about his process and a few of his upcoming performances at The Capitol Theatre in Arlington and the Somerville Theatre. You can keep track of where else Jeff is scoring silent films here. END_OF_DOCUMENT_TOKEN_TO_BE_REPLACED

Abe Rybeck, founder and Executive Artistic Director of The Theater Offensive was in studio this morning to talk about ClimACTS! Bounce, which celebrates art loud and proud at Royale on Wednesday, May 3. END_OF_DOCUMENT_TOKEN_TO_BE_REPLACED

Planning on seeing Rogue One: A Star Wars Story when it opens this weekend? I joined Adam 12 to give you an idea of what to expect. But don’t worry, I didn’t give anything away. END_OF_DOCUMENT_TOKEN_TO_BE_REPLACED

Melanie Gillespie is an author and the founder of Mel O’Drama School of Acting in Milton. She was in studio this morning to talk about her latest book Darlene and the Drama Queen and how acting can help kids to develop confidence. END_OF_DOCUMENT_TOKEN_TO_BE_REPLACED

We’re not suggesting coconuts migrate, but we are suggesting that you see Spamalot at North Shore Music Theatre, two weeks only, September 27 through October 9. Click here to grab your tickets, and click “more” to hear my interview with Brad Bradley, who plays Patsy. END_OF_DOCUMENT_TOKEN_TO_BE_REPLACED