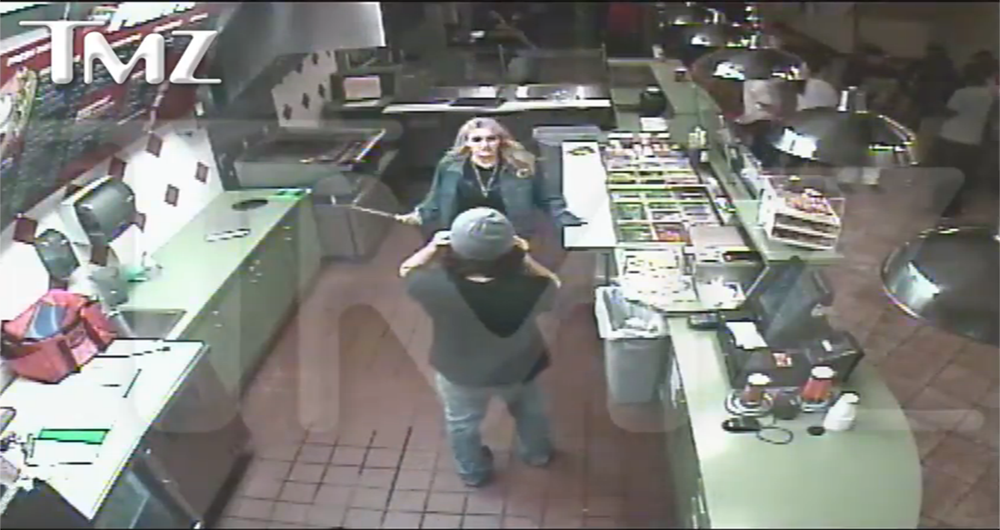 Jamie Lynn Spears, younger sister of Britney [of “It’s…Bitch”] has an impressive record for a 23-year-old – she’s starred in her own TV show, she’s the mother of a six-year-old, and she rescued a friend at The Pita Pit in Hammond, Louisiana this past week by waving a knife around at bystanders.

After watching this video, it’s clear which of those belongs at the top of her resume.

Allow us to take you on a journey via grainy TMZ footage:

Silent night, holy night, all is calm, a guy in a beanie is making a pita wrap. 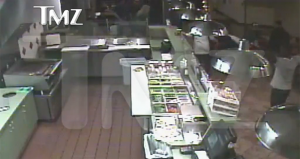 Fight grows dangerously close to the sandwich bar, JLS caught in the thick of it. Pita sandwich left unattended. 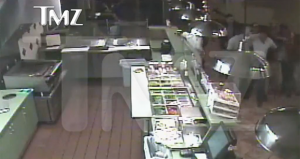 JLS has had it, heads behind the counter to see what weapons are available. 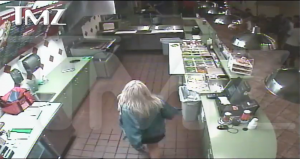 JLS grabs a knife from the sandwich bar and yells something at beanie guy – the security footage is silent, but we speculate she is shouting “WE NEED TO PROTECT THIS HUMMUS!” 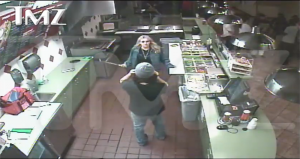 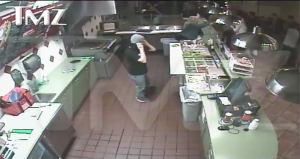 All is well, and our vigilante hero replaces the knife to its original tofu container. 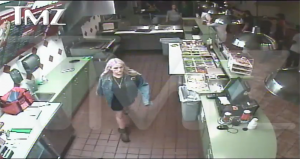 Fight disperses, JLS departs, beanie guy realizes that sandwich he was working on is now burned beyond repair. 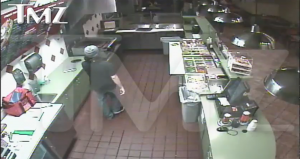 This is one of those scenes that even the most devious publicist couldn’t execute, and we can only hope the younger Spears takes this opportunity to make this incident the weirdest beginning of a comeback that ever was. Or at very least, a gig as a spokeswoman for The Pita Pit.

This should never have happened. END_OF_DOCUMENT_TOKEN_TO_BE_REPLACED

I spend far too much time on Twitter. Here’s a handful of posts from last year that I found to be entertaining on one level or another. Enjoy. END_OF_DOCUMENT_TOKEN_TO_BE_REPLACED

Apologies in advance for burying this in your skull forever. END_OF_DOCUMENT_TOKEN_TO_BE_REPLACED

Always a pleasure to have Boston.com’s Perry Eaton in studio for a chat. After we talked a bit about Pearl Jam at Fenway and Perry’s new podcast, he filled us in on Game of Thrones live and Narragansett’s new Bananagrams-themed brew. END_OF_DOCUMENT_TOKEN_TO_BE_REPLACED

If you like cover songs, you’re gonna love this. And by love, we mean probably hate. END_OF_DOCUMENT_TOKEN_TO_BE_REPLACED

Whether you celebrate the unofficial beginning of summer on Memorial Day weekend, or Meteorological Summer on June 1, or the Summer Solstice, make no mistake: summer is here. END_OF_DOCUMENT_TOKEN_TO_BE_REPLACED