Speaking at the U.S. Conference of Mayors in San Francisco on Saturday, the presidential candidate expressed her pain and shock in the aftermath of the Charleston massacre. After extending her support to city mayor, Joe Riley, Clinton called for “common sense” gun reform and stricter background checks.

But she didn’t stop there: Clinton said the root of these repeated tragedies needs to be addressed. 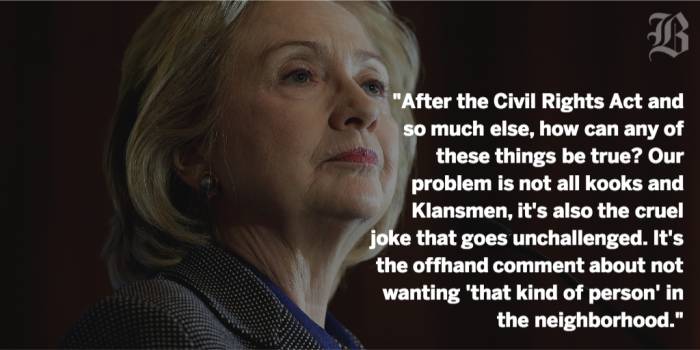 Clinton’s condemnation of the murders that took place in Charleston wasn’t unique, but the way she acknowledged foundational racism’s role in it was.