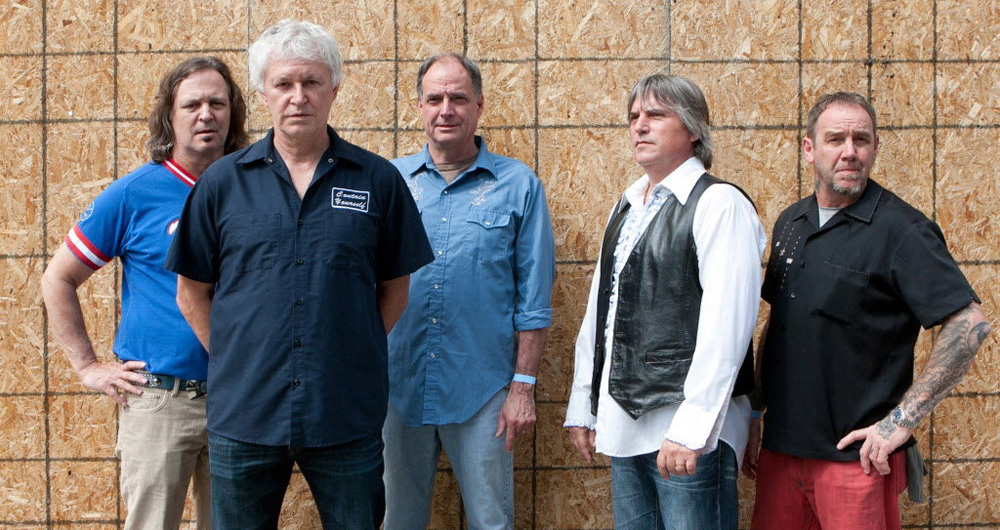 Bands with two primary songwriters can be doubly brilliant, but maintaining that delicate balance over time can be tricky. Think The Pixies, Uncle Tupelo, or even The Beatles, and consider how the personality inherently required to write a great song and front a rock band might also be the very thing that ensures the project has a definite, sooner-than-later expiration date. Guided by Voices doesn’t always have two songwriters, but many fans insist that they are at their best when they do.

Early on in GBV’s career, band founder and primary songwriter Bob Pollard invited Tobin Sprout into the fold, enlisting him for rhythm guitar duties, and eventually giving him plenty of space for his own songs in their surreal, fast-acting, anthemic collections of albums. From 1992’s “Propeller” album, to 1996’s “Under The Bushes, Under The Stars”, Sprout’s contributions created a beautiful counterpoint to Pollard’s post-punk-prog-pop gems. At the very least, they reminded you they are an American band (Pollard often sings with a put-on British accent, but we’ll talk about that in a piece to be published later this week) and at best, are often album highlights. Sprout left GBV after “Bushes” but was back on board when the “classic lineup” reunited in 2010 and began their reckless pace of releasing brand new albums. Sprout’s songs, as always, are essential and beautiful. Sprout was kind enough to answer some questions in between tours from his home in Michigan. 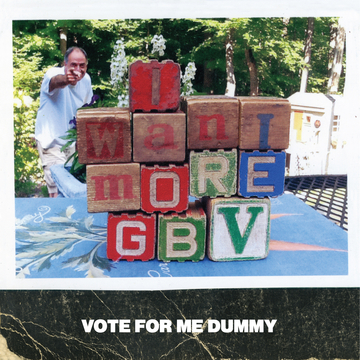 Q: A lot of people think of Guided by Voices as a classic live-party-band where both audience and the band drink too much and rock all night. Other people pour over the lyrics and melodies and dive into really deep interpretations and cataloging of the songs, placing the band on a kind of mystical-diviners pedestal —a puzzle to figure out. A lot of fans embrace both of those ways to look at GBV. How do you think of the band and has the changed over the years?

A: I think it is still the same in ways. When we started, we would play for the door and a few beers. As things moved along we began playing for the door as well as a couple cases of beer. At the time we drank Rolling Rock, I think because it was cheap. The cooler came along just to have a place to keep the cases of beer cold, and close in the rock room. It then started going on stage with us. Pete [Jamison, former “Manager for Life”] would carry it up before we went on. It’s now part of the GBV furniture, although we’ve switched to Miller Lite. Moved it up a notch.

I think as a band we have matured, as we should. We all have our lives together outside of the band. The touring is easy compared to early days. I enjoy it more now. We just finished a tour that went over three weeks, and seemed to fly by.

A: The Who. “My Wife” is one of my favorite Who songs, and didn’t realize it was one of John Entwistle’s songs until after I had heard it a million times. They also had three great voices, all different but blended well together. They had killer two part harmonies.

Q: Almost exclusively, if a keyboard, a Casio-beat, or a piano appear in a Guided by Voices song, it’s your contribution. Have you ever thought of incorporating any of these elements into the live show?

A: A lot of them are mine. One that I really like is at the end of “White Flag.” I remember playing on it but couldn’t really hear what I did during the recording because of head phone levels. I heard the mix and had to ask, “who did the keyboard at the end?” [Drummer] Kevin [Fennell] said, “You did!”. I think we’ve talked about how great it would be to have a real piano on stage, but I can’t see it happening. We have always just rocked things out on stage, but you never know.

Q: I know you recorded a live Eyesinweasel [one of Sprout’s other bands] album at The Middle East Club in Cambridge, MA. I also remember a great Tobin Sprout solo show (with a band) at T.T. The Bear’s in the mid ’00s. Do you have any particular connection or affinity for Boston, MA?

A: That was a great show and the fans in Boston were even greater that night. Boston has always been good to us from way back. GBV or solo.

Q: One of the magical things about when everyone first started to become aware of GBV was how little was known about the band. There were rumors of who you were, how old you were, and even where you had come from. With the ease of information access that the Internet has given us, this ability to remain mysterious or unknown has sort of disappeared for bands. Do you think this is a loss for music fans and bands? If GBV were just starting today, do you think this inability to remain a bit of mystery would have worked against the band?

A: I don’t know, so much has changed in the way music is recorded. The Internet can get you out there, but at the same time there are more and more out there. It’s gone from a pond of bands, to a sea of bands. I just think nothing beats hearing a band live in a club. No matter how far tech can take us.

Q: How often do your songs on these new GBV albums get the full band treatment? What dictates whether they do or not? With a song like “14 Cheerleader Coldfront” being such a classic, why not sit down and write with Bob more often?

A: I would rather have the band play on my songs, but It doesn’t always work out. I plan to record my songs for the next album with the band at Cyberteknic [the Dayton, OH studio where the band has recorded their last few albums].

As to why Bob and I don’t write together, I’m not sure. It just seems to work well the way things are going, but I don’t think it’s out of the question that it could happen.

Q: One of my favorite songs of yours is “Digging Wooden Teeth.” Can you tell me a little about where the imagery for the lyrics of the song came from?

A: I like the lyric placement. I spend the first verse telling you where I am in the house. I think the song was about knowing I was going to be home for a while. Safe in my house with my wife and kids and nowhere to go. Just paint and write. I had a very simple life at the time.

A: Favorite pre-runion = “Vampire on Titus”, Post Reunion = “Let’s Go Eat The Factory.” Both I think are not only about music, but feel like pieces of art. “Vampire” in all its crude distortion had very beautiful songs and movement that could only be captured in the moment. I remember recording it, and hearing the playback, and thinking how it just rolled out of the tape finished. Very little mixing, zero fixing, just real beautiful songs capture on sandpaper.

Guided by Voices play The Paradise on Saturday July 12th, 2014.

Enter to win tickets to see Trio Da Kali at The Villa Victoria Center of the Arts (Newton, MA) on April 10th. END_OF_DOCUMENT_TOKEN_TO_BE_REPLACED

END_OF_DOCUMENT_TOKEN_TO_BE_REPLACED

Enter to win tickets to Rhye at The Paradise on February 28th. END_OF_DOCUMENT_TOKEN_TO_BE_REPLACED

END_OF_DOCUMENT_TOKEN_TO_BE_REPLACED

Enter to win a pair of tickets to attend The Hess Collection Seminar and Dinner as part of Boston Wine Festival 2018 at the Boston Harbor Hotel on Wednesday, March 14th. END_OF_DOCUMENT_TOKEN_TO_BE_REPLACED

Her new album has been pushed back, but we have Kimbra’s new single for you. END_OF_DOCUMENT_TOKEN_TO_BE_REPLACED

The folk duo returns with a new record this week. END_OF_DOCUMENT_TOKEN_TO_BE_REPLACED

Now that we’re done looking back at 2017, let’s look ahead at 2018. END_OF_DOCUMENT_TOKEN_TO_BE_REPLACED