‘Inside Llewyn Davis,’ 50 on Fire, more to do this weekend 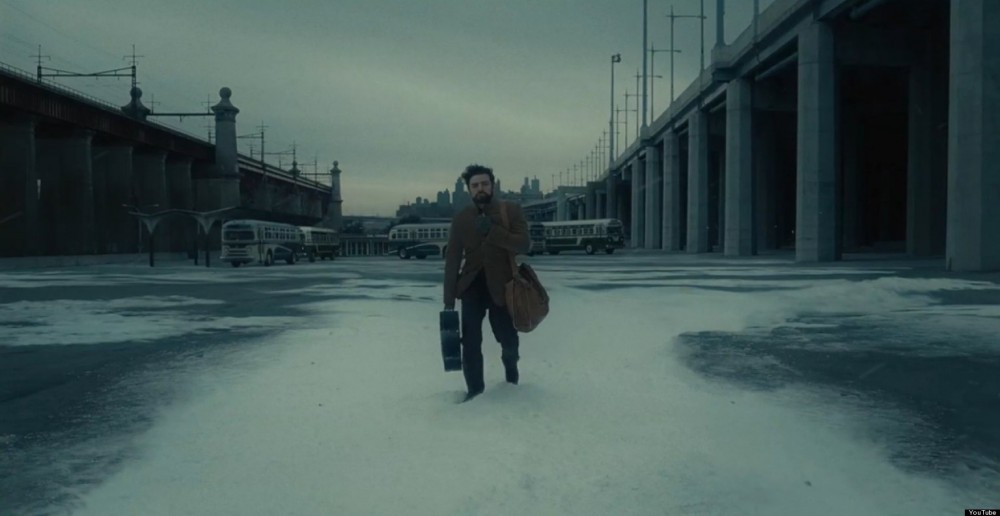 This weekend might be a good one to catch a movie, with some of Hollywood’s most esteemed directors dropping new films. If you need a distraction from your holiday shopping, you might even check out a bar crawl, a cell phone art show, or one of the other many events happening in town this weekend.

Movies
Christian Bale is swept into a violent crime ring as he seeks justice for his captured brother in “Out of the Furnace.” The film was directed by Scott Cooper of “Crazy Heart” fame, but he’s not the only acclaimed director releasing a film this weekend. The legendary Coen brothers return with “Inside Llewyn Davis,” which follows a young rambling folk singer in Greenwich Village in 1961.

TV
The moment you’ve all been waiting for, “The Sound of Music Live!” starring Carrie Underwood will air on NBC this Thursday at 8 p.m. If that’s not your cup o’ tea, there’s plenty of sports happening. The Patriots take on the Browns in Foxborough on Sunday at 1 p.m. The Celtics host the Nuggets at TD Garden on Friday and then head to New York to play the Knicks for a day game on Sunday. The Bruins travel to Montreal to take on the Canadiens on Thursday, return home to play the Penguins on Saturday, and go back up to Canada to play the Maple Leafs in Toronto on Sunday. If you’d rather get a dose of holiday spirit, Christmas specials are already airing like crazy, including “The Muppet Christmas Carol” this Thursday on ABC Family and “Frosty the Snowman” this Friday on CBS.

Find out which innovators and entrepreneurs are setting Boston’s industries on fire at Bostinno’s third annual 50 on Fire awards show (at Moakley Courthouse; 7 p.m., $95, 21+).

Yet another tree lighting to warm your holiday spirit in case you missed the other ones (or just really love trees). This ceremony will feature an “American Idol” finalist, Blue Man Group, Boston Ballet, and an extremely large Canadian white spruce (6 p.m., free, all ages).

Arlington Friends of the Drama presents the stage version of everyone’s favorite Reese Witherspoon flick. The production run through Dec. 22, but be stylish and catch its opening on Friday (8 p.m., $25, all ages).

On Saturday, the South End Business Alliance teams up with six of the area’s bakeries to cook up some limited edition cookies as part of a series of walking tours. Get your taste of these festive treats as you do a little holiday shopping (11 a.m., $20, all ages).

Head to Fourth Wall Project to check out the opening of “Oh Snap,” a new cell phone photography show curated by Courtney Moy that features snaps from over 30 local artists (7 p.m., free, all ages).

END_OF_DOCUMENT_TOKEN_TO_BE_REPLACED

Enter to win a pair of tickets to attend The Hess Collection Seminar and Dinner as part of Boston Wine Festival 2018 at the Boston Harbor Hotel on Wednesday, March 14th. END_OF_DOCUMENT_TOKEN_TO_BE_REPLACED

I referred to it as the “best kept secret” in Boston arts for the holidays. END_OF_DOCUMENT_TOKEN_TO_BE_REPLACED

Boston’s arts scene shines at this time of year. END_OF_DOCUMENT_TOKEN_TO_BE_REPLACED

It’s so much more than a holiday show. END_OF_DOCUMENT_TOKEN_TO_BE_REPLACED

Rock for a cause this holiday season. END_OF_DOCUMENT_TOKEN_TO_BE_REPLACED

Get out and see a show this holiday season, and save some money when you do. END_OF_DOCUMENT_TOKEN_TO_BE_REPLACED

You can help give the gift of music to kids in need this holiday season. END_OF_DOCUMENT_TOKEN_TO_BE_REPLACED

Be honest: when’s the last time you attended a Gala? END_OF_DOCUMENT_TOKEN_TO_BE_REPLACED

The October staple returns on the 21st. END_OF_DOCUMENT_TOKEN_TO_BE_REPLACED