In a sea of ’60s soundalikes, Lucius rides its own wave 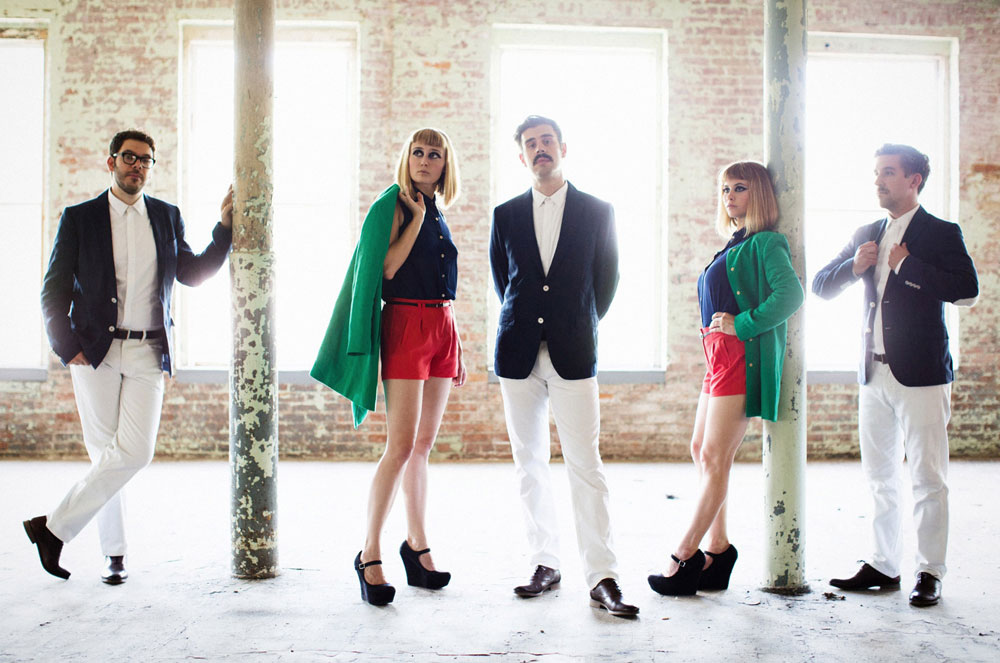 Lucius, a Brooklyn-based ode to everything that was right about the ’60s, is the latest indie band to preoccupy the tip of everyone’s tongue. When critics weren’t writhing over its debut album, they were shamelessly panting for its release. “Wildewoman” was worth the hype and then some, and the band made a sizable impression at Boston Calling. Thursday, it returns to the area, playing a sold-out show at the Sinclair in Cambridge.

Berklee alumni Jess Wolfe and Holly Laessig made the most of their time at the esteemed Boston music school: their vocals are simply to die for. The emotional generosity they can conjure up on a whim is unprecedented; their talent remains unmatched — all while the frontwomen remain coy about their success. But how does Lucius have no problem remaining afloat in a sea of “artists” who stake claim in a similar genre, yet manage to sink to the occasion with little to no effort?

Most importantly, the music speaks for itself. “Wildewoman” is dominated by eloquent harmonies and the kind of personal texture that has the ability to cut through its own pretensions. “Turn It Around” displays Lucius’ execution of a sharp and energetic track; “Tempest” personifies how to be adorably quaint. Its unflashy traditionalism, in honor of its influences from the ’60s, is juxtaposed nicely by the band’s devotion to strategically dress the part — making them a natural shoe-in for high-end adoration.

But above all else, Lucius remain true to themselves. The dollops of wholesome beauty that saturate “Wildewoman” were singlehandedly enough to solidify Lucius’ relevance, but Lucius’ passion for the music it makes will allow the group to keep it. Lucius also knows how to toe the line of being modern but retro, complex but plain-spoken, trendy but classic.

The fact that the band is selling out venues as soon as tickets go on sale speaks volumes about the current state of music: People may finally be favoring high-quality product over built-for-radio choruses and glossy album covers. If so, it’s a breath of fresh air.

Enter to win tickets to see Trio Da Kali at The Villa Victoria Center of the Arts (Newton, MA) on April 10th. END_OF_DOCUMENT_TOKEN_TO_BE_REPLACED

END_OF_DOCUMENT_TOKEN_TO_BE_REPLACED

Enter to win tickets to Rhye at The Paradise on February 28th. END_OF_DOCUMENT_TOKEN_TO_BE_REPLACED

END_OF_DOCUMENT_TOKEN_TO_BE_REPLACED

Enter to win a pair of tickets to attend The Hess Collection Seminar and Dinner as part of Boston Wine Festival 2018 at the Boston Harbor Hotel on Wednesday, March 14th. END_OF_DOCUMENT_TOKEN_TO_BE_REPLACED

Her new album has been pushed back, but we have Kimbra’s new single for you. END_OF_DOCUMENT_TOKEN_TO_BE_REPLACED

The folk duo returns with a new record this week. END_OF_DOCUMENT_TOKEN_TO_BE_REPLACED

Now that we’re done looking back at 2017, let’s look ahead at 2018. END_OF_DOCUMENT_TOKEN_TO_BE_REPLACED