In a powerful op-ed, the youngest mayor in the country came out as gay 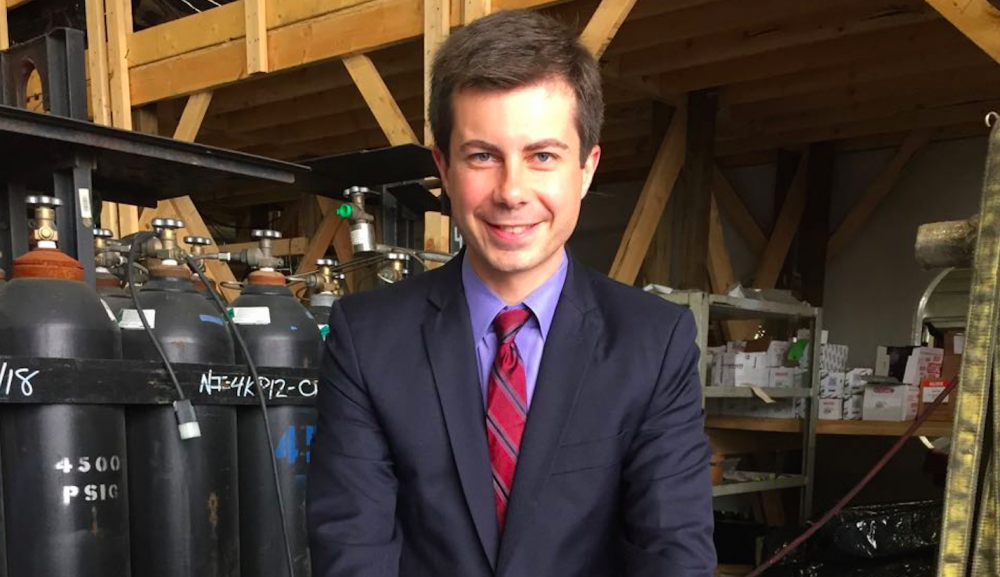 Pete Buttigieg is the youngest mayor of a city with over 100,000 residents. He’s a war veteran, a business man, and a musician. He’s also gay.

In a newspaper op-ed, Buttigieg came out to his city of South Bend, Indiana: the same state that recently established a law allowing companies to deny services to gay customers. Though Buttigieg strongly disapproved of the bill, the mayor stressed in his editorial that his sexual orientation plays little role in his job performance.

“Being gay has had no bearing on my job performance in business, in the military, or in my current role as mayor. It makes me no better or worse at handling a spreadsheet, a rifle, a committee meeting, or a hiring decision. It doesn’t change how residents can best judge my effectiveness in serving our city: by the progress of our neighborhoods, our economy, and our city services.”

Buttigieg’s journey to self-acceptance hasn’t been easy. Though he wrote that he went to a large high school that, statistically, should have had several dozen other gay students, he never encountered a single LGBT peer. As a result, he had to come to terms with himself completely on his own.

“I was well into adulthood before I was prepared to acknowledge the simple fact that I am gay,” he wrote. “It took years of struggle and growth for me to recognize that it’s just a fact of life, like having brown hair, and part of who I am.”

Weeks away from a sweeping Supreme Court decision on same-sex marriage that could affect millions of Americans, Buttigieg has hopes for the future and for the children he doesn’t even have yet. 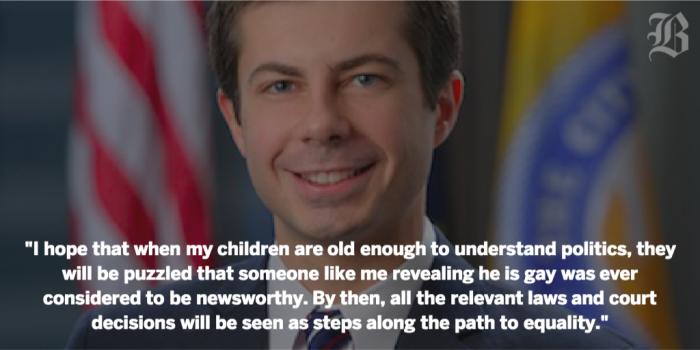