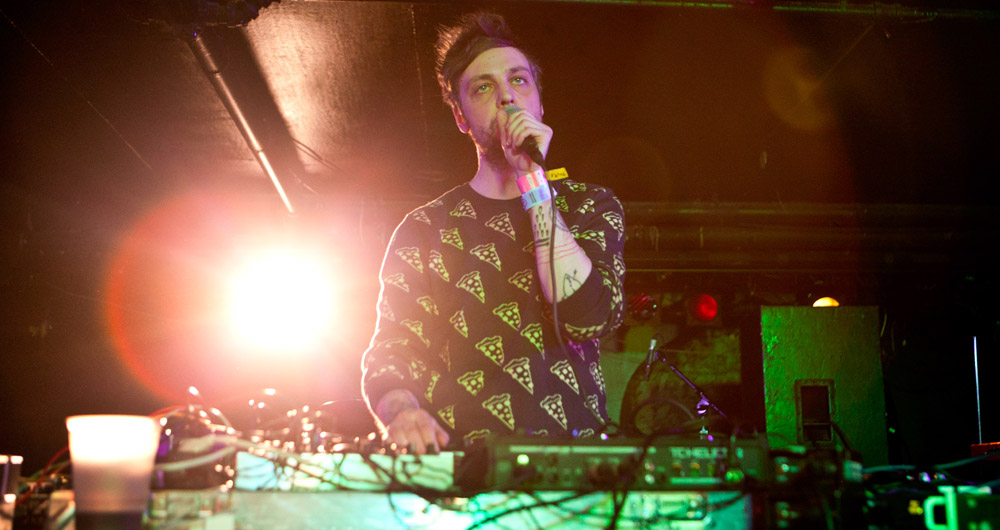 Though shamrock-n-roll was the most prominent genre ringing in the streets of Boston this weekend, it was the sound of a different island nation that took over the Middle East Downstairs on Saturday night.

For the third year, the Icelandic musical showcase Reykjavik Calling came to Boston, this time inauspiciously crossing paths with the Hub’s favorite excuse to puke green. Pairing Icelandic artists Hermigervill, Retro Stefson, and Sin Fang with local acts the Love Experiment and Skinny Bones, Reykjavik Calling brought the distinctive sounds of the sparsely populated Scandinavian country to one of Boston’s favorite clubs, while also creating something new – a sanctuary for culture vultures looking for more than bagpipes and Guinness.

If you’ve been on the Red Line in the past two months, you’d know that Iceland tourism has become a high-priority advertising initiative in Boston. Reykjavik Calling is itself part of the five-day Taste of Iceland marketing extravaganza put on by Iceland Naturally. Though Reykjavik Calling’s name bears a striking resemblance to Beantown’s resident music festival, Boston is only one of about seven cities on the Land of Fire and Ice’s proselytizing tour.

Saturday was the first time the bands performing met one another. Sin Fang and Skinny Bones fine-tuned their effort in soundcheck, and Retro Stefson and the Love Experiment didn’t finish grafting their sounds together until three hours before doors opened. However, a high collective musical IQ combined with a plethora of good vibes to turn out what was a pair of natural, symbiotic collaborations.

“We were a little worried, because we don’t know what this was going to be,” said Sami Stevens of the Love Experiment, “We’d never met. We live in different continents. But, during soundcheck, they got on stage, and everything they were doing was perfect.”

Though the Love Experiment’s soul-steeped babymaking music is a far cry from Retro Stefson’s synthesized, angular pop, the two matched styles without an issue.

“It was like a jam session,” said Stevens, “Everyone was just having fun. It was very ideal.” Retro Stefson’s Uni Stefánsson concurred, noting how easy it was to work with the Love Experiment, who he called “a very well-educated band.”

To be clear, they weren’t saying this just to be good brand ambassadors. “We’re not bullshitting,” Stevens said, “it was good chemistry.”

The show began with a DJ set from Hermigervill, who weirdly jerked as he divined classical rearrangements from his Theremin. His performance was abstract but not obtuse, and, though the instrumentation was totally foreign and the whirring pitches were straight out of last-60’s sci-fi, there was an ineffable approachability to Hermigervill and his bright personality.

Next up, Jamaica Plain’s Skinny Bones took the stage, playing a lively and largely reactionary set. The duo would later meld its refined back-and-forth dynamic with Sin Fang’s delicate electronica for the night’s first shared stage. Together, the three artists belted out an infectiously anthemic version of Fang’s “Young Boys.”

After an energized and jazz-fueled hour of basement Badu jams from the eight-person Love Experiment, a stripped-down Retro Stefson (normally a seven-piece band) took the stage, adding its powerful pop voices to the Love Experiment’s encore before going into its own set.

With Hermigervill pitching in for the evening, Retro Stefson bum-rushed the language barrier and hopped it like an MBTA turnstile, rattling the club with the indigenous thick bass that shook their home country from Pangaea. After a diverse and sickly danceable set, Retro Stefson was rejoined by the Love Experiment, who brought along Sin Fang, and Skinny Bones for what was the evening’s Oscars selfie – a final cross-cultural cypher on Lauryn Hill’s “Ex-factor.”

An odd choice for sure, but, given the alchemic philosophy behind the evening, nothing could’ve been more appropriate.

Yes, PR boosting and cross-branding opportunism abounded, but Reykjavik Calling went over as on-message as Iceland Naturally could’ve hoped. Despite the fact that the concert was more about #culturalexchange than cultural exchange, the bi-continental baton passing of Reykjavik Calling was a true diplomatic handshake. In fact, without Iceland Naturally’s sponsorship, Hermigervill, Fang, and Retro Stefson wouldn’t have been able to afford to get in front of an American audience.

“To tour in America, you need to have work permits,” Fang clarified, “That’s $2,000 per band member.” Added Hermigervill, “It’s kind of our only chance to go play in the States because of work visa stuff. It’s absolutely because the visa is paid for.”

So, in the end, everyone got their back scratched. Iceland Naturally’s intentions were noble, and the end product was an experiential and enlightening night of collaboration.

Enter to win tickets to see Trio Da Kali at The Villa Victoria Center of the Arts (Newton, MA) on April 10th. END_OF_DOCUMENT_TOKEN_TO_BE_REPLACED

END_OF_DOCUMENT_TOKEN_TO_BE_REPLACED

Enter to win tickets to Rhye at The Paradise on February 28th. END_OF_DOCUMENT_TOKEN_TO_BE_REPLACED

Her new album has been pushed back, but we have Kimbra’s new single for you. END_OF_DOCUMENT_TOKEN_TO_BE_REPLACED

The folk duo returns with a new record this week. END_OF_DOCUMENT_TOKEN_TO_BE_REPLACED

Now that we’re done looking back at 2017, let’s look ahead at 2018. END_OF_DOCUMENT_TOKEN_TO_BE_REPLACED

Our first Song of the Week for 2018. END_OF_DOCUMENT_TOKEN_TO_BE_REPLACED

In a year when so many things were off, the music was right on. END_OF_DOCUMENT_TOKEN_TO_BE_REPLACED