I Went to the Harvard Satanic Black Mass Even Though It Was Cancelled, and So Did These Folks

For Christians who feel their religious freedoms infringed upon whenever anyone chants “Abracadabra” or what-have-you while wearing a black or red robe, truly, this was a glorious turn of events. For curious metal heads and counter culture habitués who came to check out the hullaballoo, reactions to the cancellation ranged from dull-surprise to indignation.

“I am horribly disappointed. This was my opportunity to really get into the insides of the underworld. I was expecting to see the fundamental machinations that gave us people like Cheney and Bush,” said the dapperly-attired Bil Lewis of Cambridge, upon observing a cabal of beaming non-secular protesters gathered nearby the Cambridge Queen’s Head, but not the once-scheduled Satanic display. 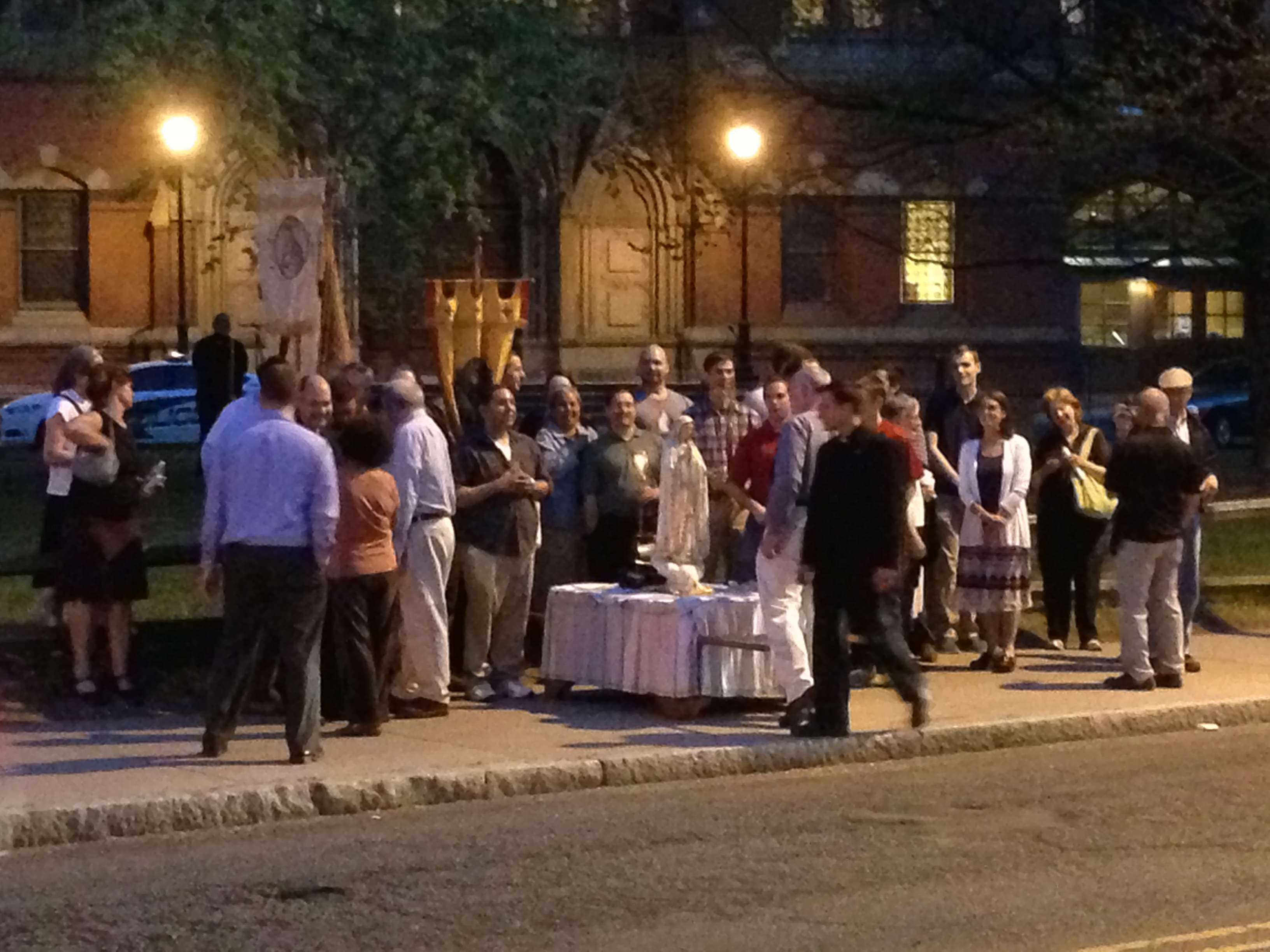 “For some people [the reenactment] is a real statement of, ‘No, we believe in equality and freedom of religion, and if you want to have Jesus here, these guys get to have Mohammed there, those guys get to have Buddha, and if somebody wants to worship Satan, whatever that means, great.’ It’s a question of people’s rights.”

I can’t help but feel a little bad for the Harvard Extension Cultural Studies Club. Nobody planning an event they expect to garner national news exposure and a deluge of hate mail books a 100-seat venue. In fact, the student group should be commended for fruitlessly attempting to relocate the faux-ritual to the Middle East before throwing their hands up. As for their co-organizers among The Satanic Temple, they stuck to their guns and performed their rites at the Hong Kong and caused so little commotion that the owner had no idea the ceremony had taken place at all.

Meanwhile, back at Harvard, a light smattering of disappointed Satanic-sympathizers clashed with what few Christians lingered to bask in triumph and one super-condescending Christian podcaster who kept incorrectly stating that the Satanic Temple had chickened out.

“Fuck you! Have I ever once come to one of your masses and told you couldn’t carry it out?”

“This isn’t even a legitimate Satanic practice,” explained O’Hare, of Medford, who stressed that he does not consider himself a Satanist. “You wanna see true demon worship? You look to very small, very elitist cults. What I’m sure most of these Christians don’t understand is tonight, there was only going to be a practice of the Black Mass as written by Anton LaVey – an atheist. If they planned a legitimate form of demonic ritual worship, we would not know about it.” 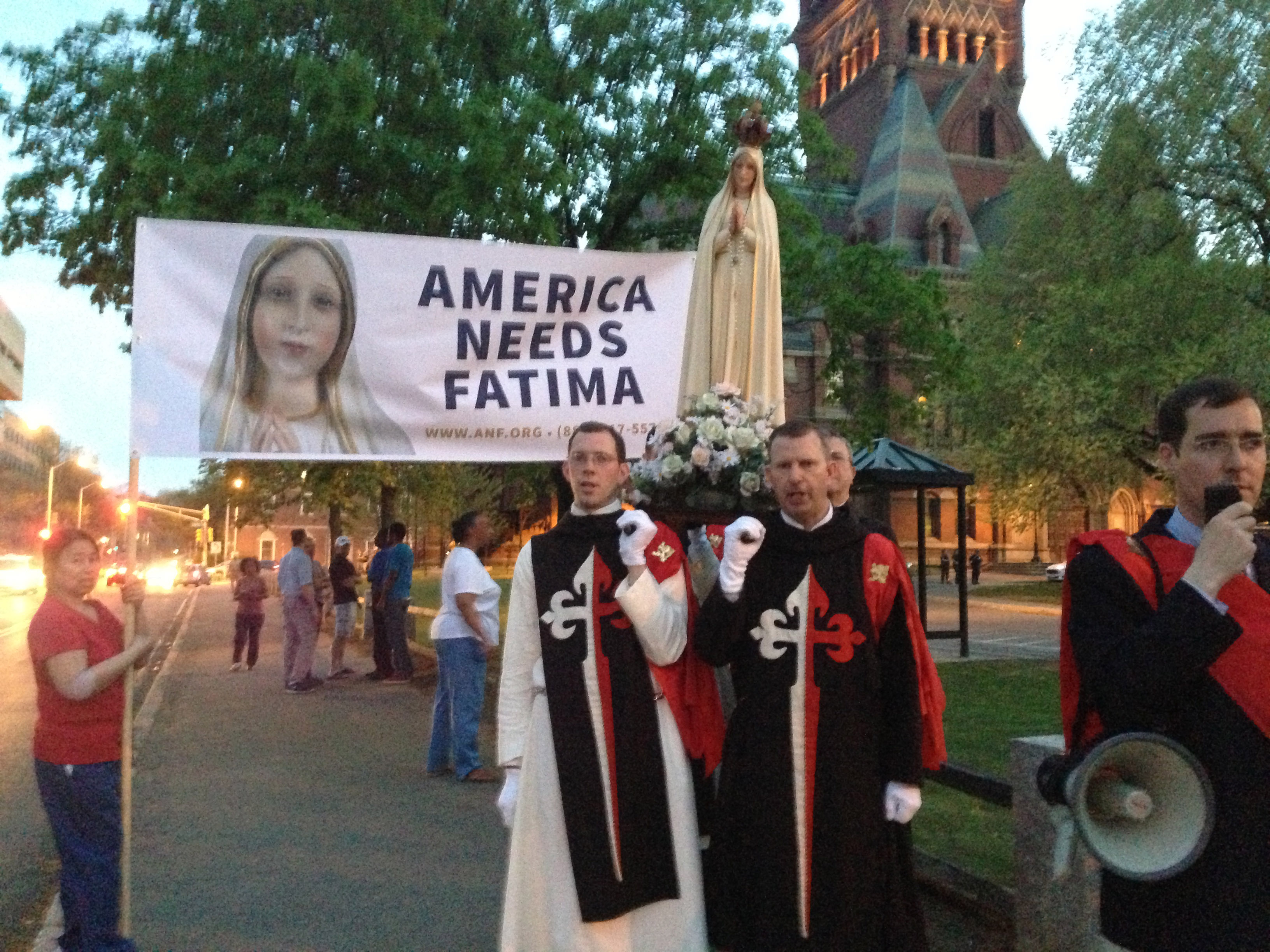 Notable undertakings of New York’s Satanic Temple include casting a spell to posthumously turn Fred Phelps’s mom gay, and pushing for a statue of the goat god Baphomet to be placed near a 10 Commandments monument in front of the Oklahoma State Capitol. The organization’s first tenant reads, “act with compassion and empathy toward all creatures.” That’s hardly a track record reminiscent of Richard Ramirez or any villainous characters in “Rosemary’s Baby.”

“I’m pissed that we’re not as pissed as we should be,” said Heather, an apparent punk rocker and future Harvard graduate student, who traveled two hours for the nixed reenactment. “I want to feel represented here at Harvard University. They don’t have an all-inclusive caucus for Satanists and other weirdoes at Harvard. I don’t feel represented, and I’m not being facetious, I’m very pissed off. We figured this was something we’d never get a chance to do ever again.”

Well, maybe she will get to see an reenacted Black Mass someday. But unless the “academia is conspiring to undermine our monopoly on morality” narrative moves from the religious right’s imagination and into the real world at some point, it’s not going to be at Harvard.