I Survived My Boston Commute: One Brave Woman’s Tale 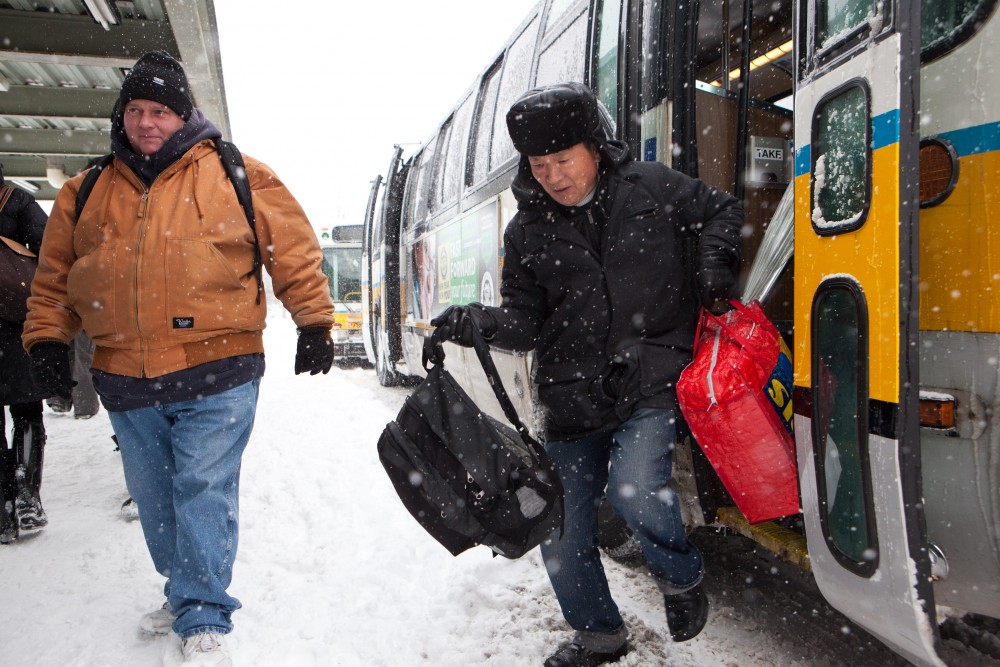 For many, getting to work these past couple of weeks has required nothing short of Herculean efforts. With the T in repair for over a month, every commuter takes his or her chances being drawn into the wormhole of public transportation, an unhappy experience that I am pretty sure dragged me into the fifth dimension (not time, a dimension where only fear exists).

This is my story.

5:00 a.m. First alarm – had a nightmare about eating with coworkers. In nightmare, I panicked and talked about all the chug videos I watched on YouTube last night. There are a lot of chug videos!!!

5:20 a.m. Finally sit up and check @MBTA Twitter. I take the Red Line and I fear the worst.

5:50 a.m. Arrive at Central Square T stop heading toward Braintree/Ashmont, and it looks like a movie lot full of extras from a zombie flick. This is the first glimpse of humanity I have seen in three days, and it is bleak. I have not seen such cracked skin, smelled such stinky boots, witnessed the sheer defeat of spirit as this day.

6:00 a.m. We are still waiting. This a waiting room and the doctor is never coming.

6:10 a.m. Two Alewife trains have passed. I consider striking up a conversation with the despondent woman next to me, then remember the chug video nightmare. Refrain from interacting.

6:17 a.m. Arrive back at T stop. Train has come and gone without me, old zombies have been replaced with new zombies. Cry exactly four tears into bad coffee, effectively ruining it.

6:37 a.m. Train finally arrives, filled to the brim with people who do not wish to live on this earth anymore. Do a cursory search for old and handicapped people before nabbing a seat next to a man in an enormous jacket.

6:42 a.m. Man points out that I am sitting on his jacket. Helpfully, I lift my butt, but he is not impressed.

6:43 a.m. One stop later, train conductor announces we are experiencing delays. Man in jacket makes hyena-like sound as I nervously pull up a chug video on my phone.

6:45 a.m. Train conductor comes over broken loudspeaker: “Attention, PHHHLR-ssengers, we are exPHHHHLRiencing delays, I am so so PHHHHHLR [sorry].”

6:50 a.m. Train conductor comes over broken loudspeaker to deliver soliloquy.
“I didn’t want to be a PHHHHLR conductor growing up. I PHHHHLRted to be an astrophysiPHHHHLR. But then the recession came, PHHHHLR and I divorced, and now I need to PHHHHHLR this godPHHHLR PHHHHLRing train for you PHHHHLRing people and it’s so PHHHHLRing cold and I’m going to miss my doctor’s appointment. We are DELAYED, you motherPHHHLRing people, we are DELAYED.”

6:51 a.m. Train people grow restless. One young professional smiles and says, “Hey, at least we’re in it together, right?”

6:54 a.m. First ‘together’ moment of train ride arrives when young professional is forced out of the train due to obnoxious positive attitude.

6:55 a.m. Someone asks me if I have listened to Serial yet, I pretend I am deaf.

6:56 a.m. “THE PHHHHHLRing TRAIN STILL ISN’T WORKING, IF ANYONE HAS AN ISSUE OF COSMO PLEASE BRING IT TO THE CONDUCTOR AT THIS INSTANT. I WANT TO READ MY HOROSCOPE.”

6:58 a.m. The scene in the train car is like the last twenty pages of Lord of the Flies. People are hanging from the poles, screaming profanities, calling their loved ones to say goodbye. Someone is desperately trying to locate something called “The Conch,” and all is not well.

7:04 a.m.  The train people start arguing who, from an evolutionary standpoint, it would be OK to eat. I’m already late and cried into my coffee, and any move is game.

7:06 a.m. We are in agreement – we will let the lawyer survive seeing as we’ll all need legal defense when we emerge from this hell-train, and shall feast on the 24-year-old hipster who works at a record store. There are more of him. We do not require him.

7:07 a.m. Just as we are closing in, the Red Line sweat box lurches forward and the hip gentleman lives to vend vinyl another day.

7:08 a.m. Bright lights can be seen in the not-too-far distance. We hurdle toward the lights.

“What is going to happen!” I shout to the man in the large coat.

“YOU ARE STILL SITTING ON MY COAT!” he shouts back.

7:10 a.m. A brilliant flash of light, and the Red Line pulls into Park St. station – except it isn’t Park St. station, not the one we all know. This station is full of functional trains, smiling commuters and people saying things like “Life is worthwhile!” and “My job fulfills me and pays excellently!”

7:20 a.m. A new, shiny train pulls up to to platform. The doors slither open and inside is a shirtless Alex Trebek circa 1975, who –

7:21 a.m. Jolted awake by turbulence on train. 7:08AM through 7:21AM was all a dream, and I am drooling on the man in the large coat. He is quietly resigned.

7:23 a.m. Emerge from the train. Beverly Scott, general manager of the MBTA, is waiting at the JFK/UMASS platform and slaps me directly across the face.

“YOU DO NOT MATTER!” she screams at me.

Governor Charlie Baker appears and slaps me across the other cheek.

“YOU DO NOT MATTER!” he shouts. It’s the first thing they’ve ever agreed on, and they both disappear into a puff of smoke.

7:30 a.m. Arrive at work, a half hour late. Remind self to read books other than Lord of the Flies, and get a new tear-free coffee. I’d better drain it now, so I can cry into it on the commute home.

Stay strong, Boston commuters, and keep heading toward the light.

Enter to win a pair of tickets to attend The Hess Collection Seminar and Dinner as part of Boston Wine Festival 2018 at the Boston Harbor Hotel on Wednesday, March 14th. END_OF_DOCUMENT_TOKEN_TO_BE_REPLACED

This should never have happened. END_OF_DOCUMENT_TOKEN_TO_BE_REPLACED

Comedian Myq Kaplan is a comedian named Myq Kaplan. He joined me in studio this afternoon, and he’s at Laugh Boston this weekend. Click here for tickets. END_OF_DOCUMENT_TOKEN_TO_BE_REPLACED

I spend far too much time on Twitter. Here’s a handful of posts from last year that I found to be entertaining on one level or another. Enjoy. END_OF_DOCUMENT_TOKEN_TO_BE_REPLACED

My goodness, I love Sue Costello. It was great having her back in studio today to talk about her one-woman show, #IAmSueCostello, playing tonight at the Revere Hotel. Click here for tickets. END_OF_DOCUMENT_TOKEN_TO_BE_REPLACED

Trump Takes On…Boston! is running now through election night at Laugh Boston. David Carl was back in studio this afternoon to talk about bringing Donald Trump to the stage, the cathartic element (for both him and the audience) and how audiences have been reacting so far. END_OF_DOCUMENT_TOKEN_TO_BE_REPLACED

Trump Takes On…Boston! has arrived at Laugh Boston. I had comedian David Carl, who is portraying Trump, in studio this morning to talk about the show. END_OF_DOCUMENT_TOKEN_TO_BE_REPLACED