I Saw Mick Foley Do Stand Up at Kowloon, and It Was Sick

My girlfriend asked me what I wanted for my birthday a month ago, and without hesitation, I demanded that she purchase tickets for us to see Mick Foley perform stand up comedy at Kowloon in Saugus on June 28. While most of my snooty hip friends rolled their eyes at the idea of seeing the hardcore legend, I had been a loyal Foley fan for years, even after passing over my wrestling phase of fandom that so many other pubescent boys felt in the late ’90s and early ’00s. Chinese food? Exotic liquors? A night with Mrs. Foley’s baby boy and laughter? 8th grade me would kill to be 26-year old me right now. As it turns out, the result was just as strange and entertaining as I anticipated.

I felt a surge of giddiness as we pulled up to the Route 1 landmark that is Kowloon Restaurant. I had never been inside, and I was lost in my daydreams of having Mick sign my copy of “Tietam Brown.” Upon passing through the doors, I felt like I had walked into a casino of neon lights and fake coconut trees, but I was quickly ushered upstairs to the Kowloon Komedy Club (not a typo) and taken to a small table in the middle of a cramped dining area. Ahead of us was an entire row of older men with long, white beards who were all dressed in (I shit you not – are you ready for this?) summertime Santa Claus-themed clothes. My girlfriend ordered a scorpion bowl, which did not come in a bowl and instead in a glass. I ordered my first ever Mai Tai, which was disappointing at best. One drink in – things were already looking pretty weird. 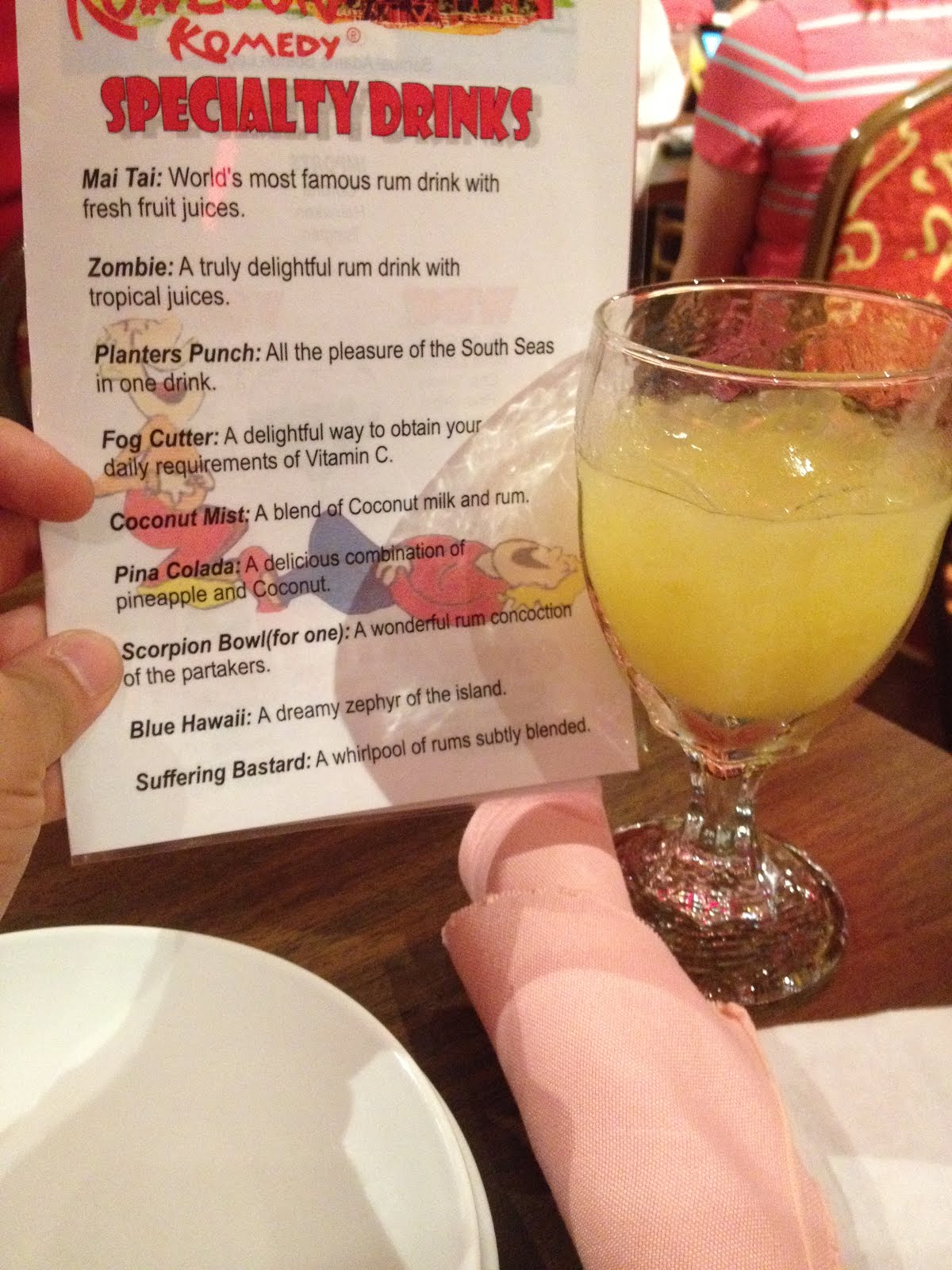 What was even more disappointing was fluffing comedian Jim Lauletta, who let loose a hefty dose of dumb Massachusetts townie-based comedy. As he took easy shots at New Hampshire and Bernie & Phyl, my girlfriend and I tried to ignore Jim and eat our way to satisfaction as we destroyed a good half of a random, overpriced appetizer plate. I sunk my teeth into an egg roll and prayed for Mick.

Soon enough, my prayers were answered. Jim ended his 20-minute or so tirade with no mentionable humor, and “Crazy Train” blasted as Mick Foley emerged from a makeshift curtain behind us. He didn’t waste any time making two things clear right off the bat – first, he told the crowd to lay off of the flash photography (he did steal the Aziz Ansari bit where he posed and let everyone get a photo for like 10 seconds) and second, that nobody ask anything about the Hell in a Cell match that happened exactly 16 years ago. Wait, what?

Oh shit, I then remembered at the 1998 WWE King of the Ring pay-per-view Mick Foley (then under the personality Mankind) fought WWE legend Undertaker in a Hell in a Cell steel-cage match. The anniversary of Undertaker throwing Mankind from the top of the sixteen foot cage unto a table was, surprisingly, today. That bump made Mick’s wrestling career more or less, so if there was any day to see Mick, it was today. But I couldn’t help but be somewhat bummed he wouldn’t be answering any questions concerning that match. I  sort of understood – he lost consciousness after flying off the cell and landed on the spanish announcer’s table. He does not remember the rest of the match, so reflecting on one of the scarier moments of your life is probably not something he wants to constantly be asked questions about. Especially because, as Mick explained, the most frequently asked question was also the stupidest one of them all, “did it hurt?”

Getting the formalities out of the way, Mick asked the crowd for a show of hands to tally how many people were there tonight that had no idea who he was. A few 20-something year old women raised their hands, and Mick assured them that although his past is riddled with steel chairs and thumbtacks, they were in a “safe place” and that he was perhaps the only professional wrestler you could google and find that he is indeed a feminist. The moment took me by surprise and put a smile on my face – Mick Foley has always had that “good dude” aura and I was happy that Mick said it so confidently to a room full of macho wrestling fanatics. 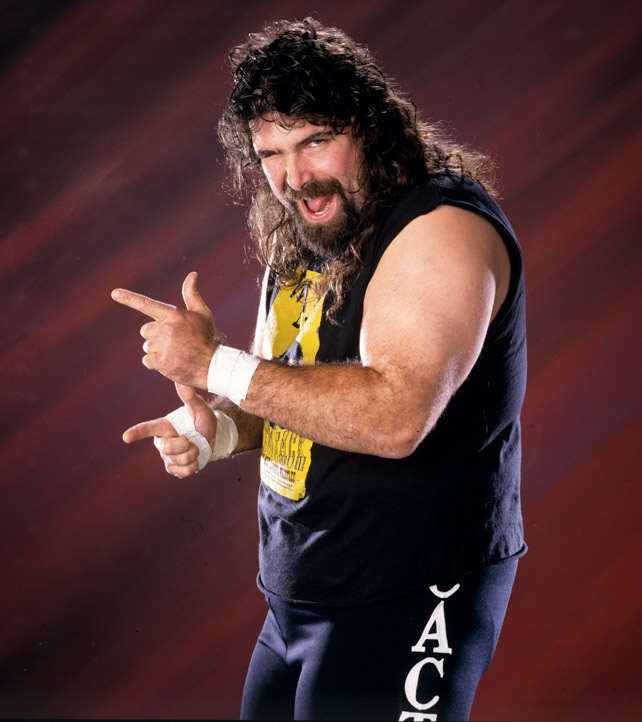 The rest of the night was laden with wrestling stories that would only be entertaining to people who had extensively followed Foley’s career, pre- and post-wrestling. Mick recanted a tale that while in line outside Madison Square Garden waiting to see a Knicks game on September 11, 2011, George W. Bush supposedly drove by Mick in a limo, and had the limo slowed so he could give Mick his Cactus Jack signature “bang bang!” salute. This apparently messed up Mick’s feelings on Bush real bad. He also mentioned that there exists a picture of now WWE Champion and Boston native John Cena in New York Yankees baseball gear. Mick apparently asked for the picture, but John was nervous that “people would kill him” if the photo was made public. He also couldn’t resist making an all-too-perfect Al Snow joke (“What’s the difference between Al Snow and an asshole? One is a ring in a bum…”)

After a quick question and answer session, Mick seemed ready to wrap things up. As we paid our bill, he quickly switched gears to the closing tale: Wrestler Kane approached Mick before a match in the 2000s and asked what he would always listen to, as Mick was known to listen to Tori Amos to get him pumped for performance. Foley extended the walkman headphones and Kane put them to his ears for a moment, taking in the soft words of Tori Amos. Surprised, he returned the headphones to the scarred, shapley Foley,  “Man,” he said, shaking his head in disbelief, “remind me never to fuck with you.”