How to Survive Record Store Day Without Looking Like a Poser 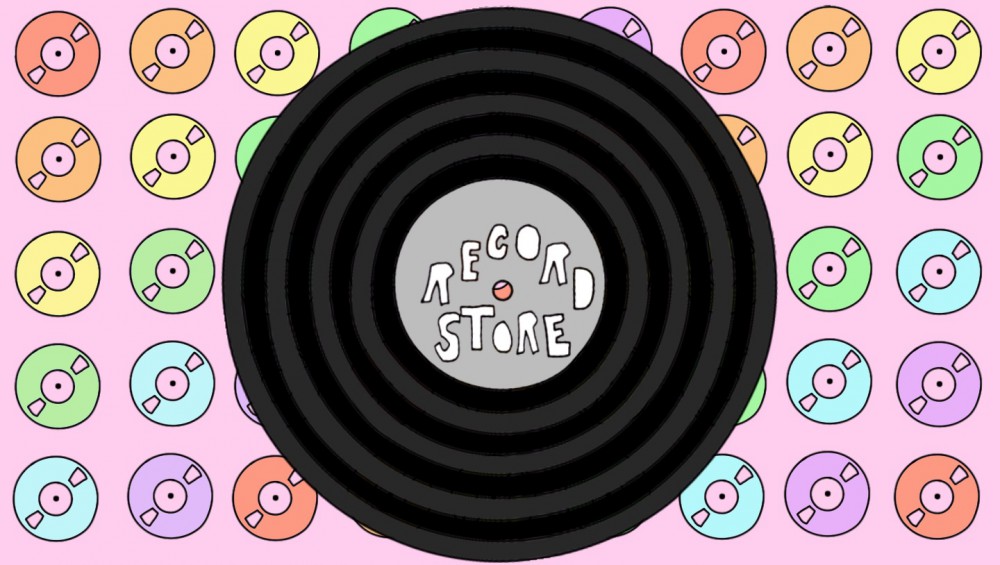 Record Store Day is upon us this Saturday, April 18. A yearly event, it hearkens to music fans like a moth to the flame, and to record dealers it’s a chance to get some limited edition merch. For others, it’s baffling.

This one’s for those tagalongs, the ones who haven’t been sweating over the exclusives since their announcement, who are along for the ride. We’ve gathered wisdom from record store owners across the state with tips on how to make the most of your inaugural RSD experience. 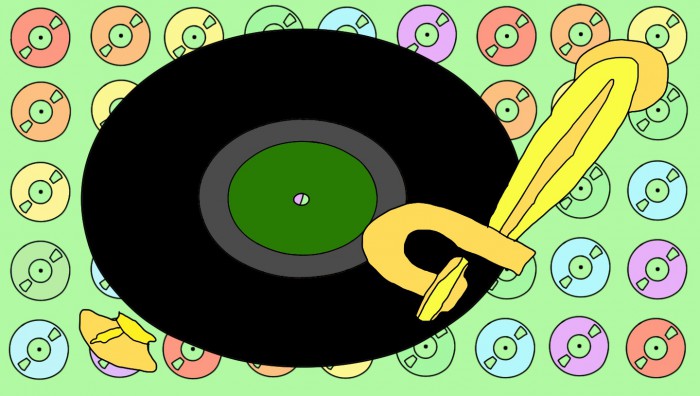 To kick it off, who is the Record Store Day Poser, exactly? Our panelists weighed in.

Deep Thoughts: “I’m looking for vinyls.”
UGHH: You can tell them immediately because they pull out tons of records like they’re going to buy them, have a superficial conversation with you and then put their entire pile disrespectfully wildly out of alphabetical order… they’ll probably say something about ‘keeping it sealed’ or the financial value, at which point you know they’re most likely into records for the wrong reason – they’re not even going to listen to them!
Somerville Grooves: There are definitely people who call inquiring about RSD releases who obviously are not regular record buyers. We tell them they will have better luck at a big chain store.
Tres Gatos: The one well-meaning but confused person standing in the middle of a feeding frenzy for these rare records and saying something like “I didn’t know they still made vinyl!” is a sweet but ridiculous person. Also, somewhat unrelated, but we guard the doors pretty carefully before we open at 10am, and one year, a guy found a backdoor that wasn’t locked and came in using his adorable infant as a sort of human shield while shouting ‘I’m just here to shop!’ as if a cute baby was a ‘get in early’ pass for him.
Turn It Up!: They buy something because they think they can sell it on eBay, and they clearly don’t know what they are buying.
The Record Exchange: We’d rather our regular customers, vinyl collectors and music fans get the RSD goodies, and that’s what it should be about.
Armageddon: WE are RSD posers, as we just do what we do here everyday more than ham up the RSD angle.

How can you, as a first-time RSD-goer avoid this dreaded fate? Abide.

Always be prepared for a follow-up question.
Don’t pretend to know or have heard about stuff you haven’t. It might look uncool, but it’s far less risky than faking knowledge that always, always, always prompts a follow-up question. Record store owners and music aficionados can see this personality coming from a mile away, and they suffer no fools.

“When you attempt to engage them in basic conversation about the item they are buying and even the most basic literal reference to said record goes over their head; they’ll typically nod with a blank stare or repeat what you say enthusiastically like a parrot but have no idea what you’re talking about,” says UGHH owner Aaron Wetjen-Barry. “Trying to sound cool because they read about it somewhere easy like Pitchfork.”

Don’t worry, though, if our panel is any indication, good customer service means that they aren’t gonna call you on it. But they’ll know. Oh, they’ll know. Tres Gatos owner Phil Wilcox noted some high horse-ers who dined at the restaurant attached to his shop.

“I see people trying to impress their dates by talking about a certain band or record, and it’s just comically wrong, but you can’t really say anything,” he says.

What this boils down to is own your inexperience with the material – enthusiasts will be far more receptive to a listener who’s open to learning and embracing the experience than one who is faking knowledge they don’t actually have.

“Everyone knows record shop employees are as omniscient as God on his gilded throne!” Angela Sawyer of Weirdo Records laughed.

More no-nonsense owners don’t take the nonsense and are fortunate to have a relatively knowledgable clientele.

“They don’t shop at our store,” says Turn It Up!’s Patrick Pezzati when asked how to deal with a customer who doesn’t know what they’re talking about. 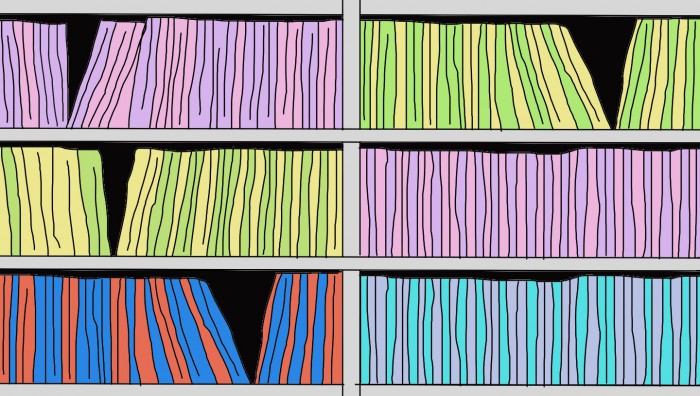 Learn the basics.
Whether you’re deciding to get an education in real time or do your research in advance, it’s not the SATs, it’s fun. There’s going to be a lot of shoppers out who don’t necessarily hit up their local record store on the weekly seeking out specific items, and record store owners hazarded a few guesses at what they expect to move a lot of inventory for.

A major contender this year is going to be Phish’s 1995 New Years Eve set – not only does the band have an established brand and an obsessively loyal following, but there’s a particular fixation on their live performances as a jam band, making a twenty-year-old live recording extra special. Other predicted big sellers included:

Others didn’t want to commit themselves to a precise answer.

“I think, at least at Armageddon, it will be used records instead of overpriced RSD releases,” Ben Barnett, the store’s owner admitted.

It’s cool to be a tourist, just don’t be such a tourist about it.
Look, there are hundreds of records participating in Record Store Day this year, and there’s not a single sentient human being who’s going to know about all of them. Don’t be afraid of asking a music-savvy friend or a record store owner about a group or album in particular – just be damn sure you’re listening to the answer.

“Oh, there is no such thing as a customer who knows what they’re talking about,” Sawyer said, a sentiment many others shared.

“We’re all on this big spinning rock together,” Williams of Deep Thoughts assured the wary.

Other record store owners view the celebration as a treat for the regular customers and an opportunity to get a lot of like-minded enthusiasts in the same place at the same time. Wetjen-Barry of UGHH assured us that it’s all about the year-round support, and the revenue and release bonus is just a fringe benefit of getting to catch up with your favorite customers.

“The best part, as always, is conversing with your regulars who actually support record stores all year, not just on a gimmicky Black-Friday-esque capitalistic ‘holiday’ though Record Store Day,” he said. “[RSD] is conversely a great thing in that its sales fuel mom and pop shops for months to follow, awareness is raised about the vinyl record industry and scores of great music is pressed up.” 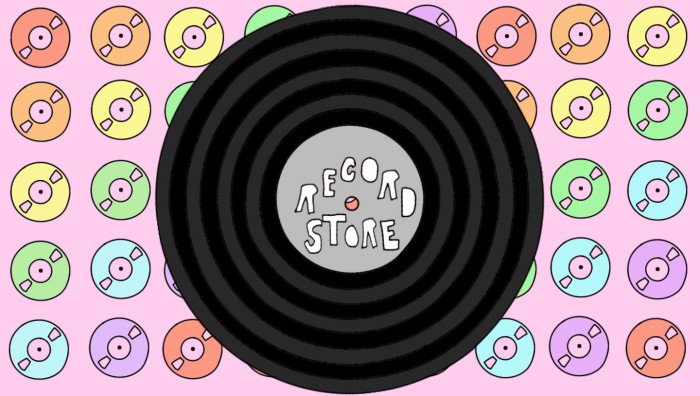 Ask for something unusual.
Everyone has their own favorite genres and artists of choice, and what better way to know what to look for than by asking the record store owners themselves? Here’s a hint – there’s no right answer for what you should be hankering for, and those surveyed admitted they were excited for releases from artists of all genres and levels of recognition, including:

Hell, some record stores are releasing their own stuff for RSD – Armageddon from Providence is releasing Churchburn‘s “The Awaiting Coffins” LP on their in-house label.

Check out any of these artists by clicking through, but remember it’s only a healthy recommendation.

“I’m a record collector, so I already own all of this shit,” Sawyer laughed.

With a little curiosity and a lot of time to listen anyone can succeed with Record Store Day, but the true champions are the ones who continue to check in at their local record store throughout the year. Start training for Saturday now, munchkins, but music appreciation is a marathon, not a sprint.

END_OF_DOCUMENT_TOKEN_TO_BE_REPLACED

Enter to win a pair of tickets to attend The Hess Collection Seminar and Dinner as part of Boston Wine Festival 2018 at the Boston Harbor Hotel on Wednesday, March 14th. END_OF_DOCUMENT_TOKEN_TO_BE_REPLACED

I referred to it as the “best kept secret” in Boston arts for the holidays. END_OF_DOCUMENT_TOKEN_TO_BE_REPLACED

Boston’s arts scene shines at this time of year. END_OF_DOCUMENT_TOKEN_TO_BE_REPLACED

It’s so much more than a holiday show. END_OF_DOCUMENT_TOKEN_TO_BE_REPLACED

Rock for a cause this holiday season. END_OF_DOCUMENT_TOKEN_TO_BE_REPLACED

Get out and see a show this holiday season, and save some money when you do. END_OF_DOCUMENT_TOKEN_TO_BE_REPLACED

You can help give the gift of music to kids in need this holiday season. END_OF_DOCUMENT_TOKEN_TO_BE_REPLACED

Be honest: when’s the last time you attended a Gala? END_OF_DOCUMENT_TOKEN_TO_BE_REPLACED

The October staple returns on the 21st. END_OF_DOCUMENT_TOKEN_TO_BE_REPLACED