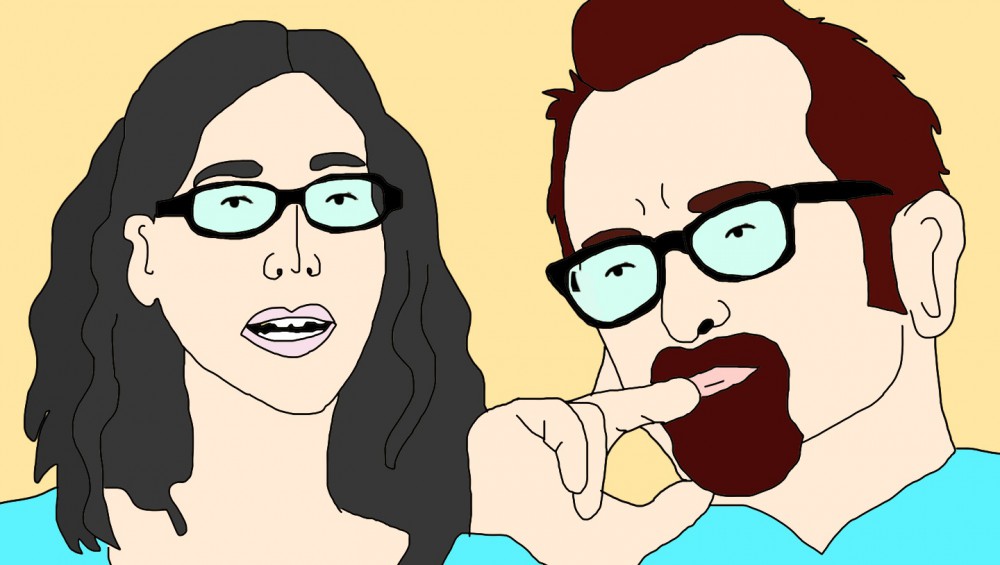 If you’re one of the many who nearly swallowed their tongue at the end of HBO miniseries The Jinx‘s final episode Sunday night, you weren’t alone. Just as the final scene faded, we hear elusive accused criminal Robert Durst mutter to himself while, presumably, thinking his mic is off.

“What did I do? I killed them all, of course,” he mumbled — a whispered line that echoed across the Internet for the next 48 hours.

The Jinx is part of the latest wave of popular true crime stories that has captured national interest with a series of cliffhangers, reveals and glimpses into cold case murders examined under a highly critical, contemporary lens. The obvious companion and oft-lumped together phenomenon with the miniseries is the podcast Serial, produced and reported by This American Life reporter Sarah Koenig, which follows the re-opening of a 1999 Maryland murder case. 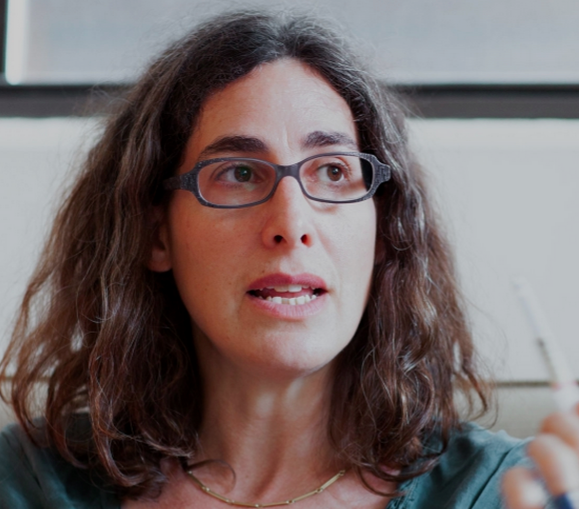 As is the case with most true crime in media, many are calling these new popular works into question: where does the line blur between straightforward reporting and meta-commentary?

The answer is more cinematic than journalistic as the key to Koenig and Jarecki’s success is their willingness to provide real-time, stream-of-consciousness reporting that often mirrors the feelings of doubt and uncertainty that is likely felt by their audience. In short, they’re removing the voice of the authority and willingly turning it into a gigantic question mark, intended to provoke more than inform.

storytelling, n.: a human universal, and common themes appear in tales throughout history and all over the the world.

reporting, n.: an account or statement describing in detail an event, situation, orthe like, usually as the result of observation, inquiry, etc.

Is it ethical to bury the lede of a story for the purpose of drama, and how much of a journalist’s opinion should be taken into account before the viewer reaches a conclusive attitude on the story?

As the new wave of true crime continues to develop, it’s clear that the rules are changing, and it’s where Serial and The Jinx diverge. Salon’s Anna Silman points out that Serial‘s concluding episode left the murder of Hae Min Lee in a hazy, inconclusive state, while The Jinx provided viewers with a climactic, relatively conclusive ending via Durst’s mumbled pseudo-confession.

Granted, we’re living in a thinkpiece-on-thinkpiece culture, and there’s no journalistic decision Koenig or Jarecki could make that wouldn’t be cause for scrutiny. There have been waves of interest in true crime for as long as there has been popular entertainment — think back to Truman Capote’s In Cold Blood or Vincent Bugliosi’s Helter Skelter, both of which aimed to provoke and inspire thought just as much as they intended to report the facts.

The concept of the conflicted reporter who’s in too deep is an extremely compelling one, even more so when it’s really happening.

This is their saving grace, and what ultimately separates these pieces from the campy stigma of the type of programming found on the oft-lambasted channel Investigation Discovery. With show titles like True Crime Sharknado and Wives with Knives, the levity of programs like The Jinx is absent — rife with re-enactments, the ID programming schedule appears to have more of a slant on entertainment than on information. It doesn’t hurt that major names TAL and HBO have led the seal of approval of their three-lettered monikers to Serial and The Jinx respectively, and the successful programs toe the line in a way that can’t help but spark conversation.

Because Koenig and Jarecki are committing what some may perceive as a cardinal sin of journalism by intentionally obscuring the why of a story for the sake of suspense, it’s critical that they work twice as hard on getting the facts right. This is where their integrity is displayed at its finest — according to AdWeek writer Sam Theilman, it was impossible for fans to find a source that Koenig hadn’t pursued in some way throughout the 12-episode saga. Though Koenig unabashedly editorializes Serial by flip-flopping on her stance at her protagonist, accused murderer Adnan Syed’s guilt and her closeness to the case, she has all the facts available. It’s an obsessively researched story, even if the facts are presented in a non-traditional way. 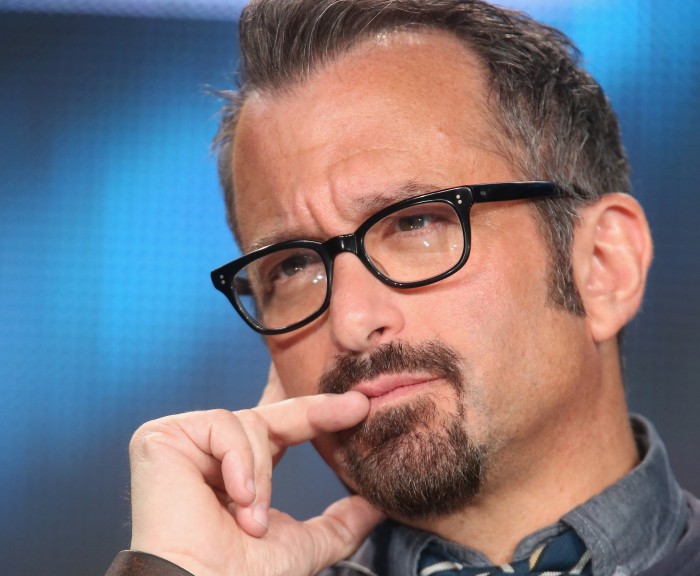 Jane Kirtley, professor of media ethics and law at the University of Minnesota, spoke to TIME writer Eliana Dockterman about the gray area that these cultural sensations call into question.

“In traditional investigative journalism, you wouldn’t play ‘hide the ball’ from the reader,” she said. “So I think taking this narrative approach raises a fundamental question, which is, how candid are you being with your audience about what you knew and when you knew it?”

This calls Jarecki’s reporting into question a little more than Koenig — about halfway through Serial, listeners of the program become integral to the show as new facts emerged on the Syed case. While some of what she reported came from her year of research, other sections of the podcast became about developing stories and questions the reporter was learning in real time, making engagement and personal thoughts shared in the investigation more significant.

In contrast, Jarecki’s interview with Durst, which included his hushed confession occurred all the way back in 2012, though the filmmaker told the New York Times on Monday that he didn’t discover the audio snippet until last June. This statement was later retracted when it came to light that the evidence had been turned into the Los Angeles Police Department in early 2013, and Jarecki corrected his two years claim to “months, many months” when asked by CBS News.

This has led to some backlash, begging the question of how long Jarecki held onto this information before it was released to police, and what implications this holds about The Jinx — it was a terrific press bump that Durst was arrested in New Orleans on suspicion of a 2000 murder of a friend the day before the Sunday night miniseries finale. Media has speculated that the arrest was coordinated between the authorities and the filmmakers to capitalize on the audio’s leaking, to which Jarecki responded to New York Times that he was “relieved” that Durst had been nabbed. 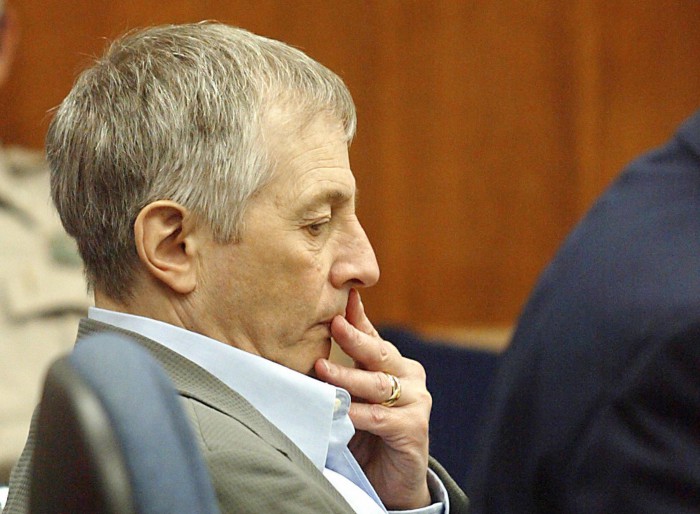 Robert Durst in 2003, via Getty Images

Why are these stories fair game for this style of storytelling?

Though both involve violent crime, the Durst and Syed cases had been near-dormant for years when their respective intrepid reporters discovered and actively reopened the cases, launching their own investigation for the sake of their project. Time appears to be a serious salve in the case of stories like these — biased reporting on a current, developing case like that of Dzhokhar Tsarnaev would likely not fly — and comes with the added appeal of sparking viewers’ memories, who may have followed the cases their first time at trial.

These stories appeal to a very specific part of human interest, a bizarre media bloodlust that feels less invasive when it’s taking place years after an initial ruling. We are able to plug into the minds of Koenig and Jarecki like avatars — would you have been conflicted about Syed if you’d spent that time with him? Would you believe that Robert Durst was on vacation in Madrid? — and walk through the facts provided more like an alternate reality game than an objective viewer.

While The Jinx pays off in a major way, its ethics are a little murkier than that of Serial‘s, a program that did not reach a distinct conclusion but stuck to the facts. The combination of the cold case fascination and identifying with a journalist that has assumed the role of simultaneous informer and entertainer is a tough tightrope to walk, but audiences can’t seem to get enough of it.

Always a pleasure to have Boston.com’s Perry Eaton in studio for a chat. After we talked a bit about Pearl Jam at Fenway and Perry’s new podcast, he filled us in on Game of Thrones live and Narragansett’s new Bananagrams-themed brew. END_OF_DOCUMENT_TOKEN_TO_BE_REPLACED

No, not from afar, from the comfort of her couch. From the actual awards themselves. That’s where Meredith Goldstein was for the Oscars. She shared all the juicy, first-hand details with me. END_OF_DOCUMENT_TOKEN_TO_BE_REPLACED

It was wonderful having our good friend Meredith Goldstein back in studio this morning. She dug into the latest edition of Love Letters, which prompted us to play this song. And of course we had to discuss the Oscars. Make sure you’re following Meredith on Twitter, as she’ll be live-tweeting the awards this Sunday night. END_OF_DOCUMENT_TOKEN_TO_BE_REPLACED

Our first edition of TV Sets for 2016 might be better than every edition from 2015. END_OF_DOCUMENT_TOKEN_TO_BE_REPLACED