How does Juicy J continue to reinvent himself and stay relevant? 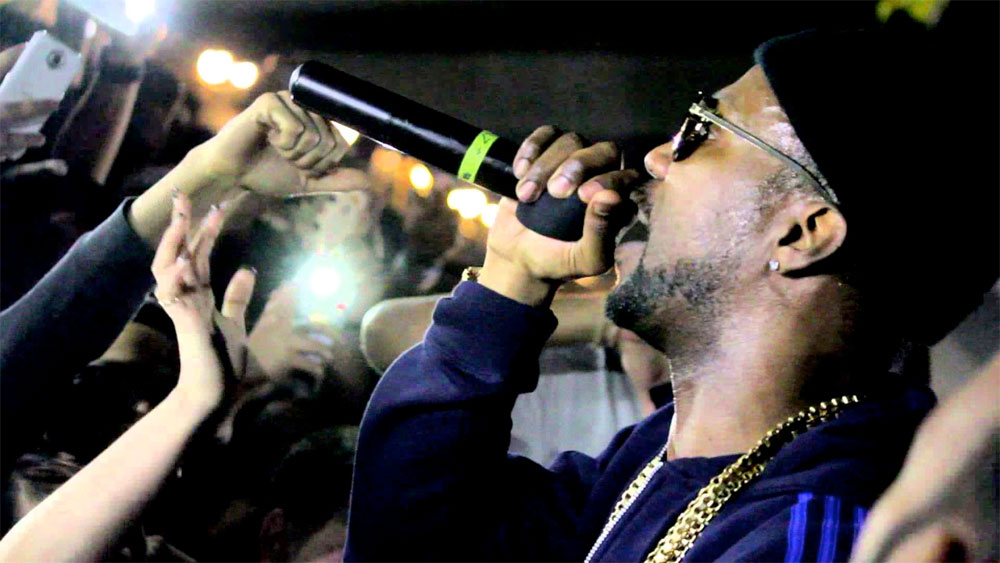 Who is Juicy J? Ask a Top 40-loving tween and you’ll be told to turn up, while hearing about Miley Cyrus and last week’s twerking scholarship. Ask a bar mitzvah DJ 10 years ago and you’ll hear about the rapper’s Academy Award, “Poppin’ My Collar,” and “Stay Fly.” Ask a Memphian 20 years ago and you’ll hear about the Kings of Memphis Underground, “Smoked Out Loced Out,” and beef with Bone Thugs. Throughout his three major career changes, Juicy J has mastered his audience and maintained relevancy. While the consumers of Juicy J’s music change every 10 years, he has never relinquished artistic integrity. Since 1990, he has repped South Memphis and stayed high. No other rapper has changed so frequently and achieved such success, while maintaining credibility (Mase tried).

Juicy J first appeared alongside DJ Paul, Lord Infamous, Gangsta Boo, Koopsta Knicca, and Crunchy Black to form Three 6 Mafia, a collection of several of Memphis’ most demonic underground stars. J emerged as the leader of the group and essentially the whole Memphis scene. Since his early days as a club DJ and promoter, and just as a resident of Memphis, Juicy J has been surrounded by new sounds and burgeoning art. Artists like DJ Zirk, DJ Squeeky, Playa Fly, Orange Juice Clique, Tommy Wright III, 8 Ball and MJG, and countless others were defining Memphis rap. Nihilistic murder raps, demon worship, and bong hits were the subject matter and deep creeping bass under rapid staccato hi-hats were the sound. Dancers perfecting buckin and jookin contorted their bodies over the underground hits and a whole scene was born.

Juicy J took in everything from jookin to bong rips and mastered the style. His marketing excelled as he created beef with Bone Thugs-N-Harmony, a nationally celebrated group, and made people notice the Mafia. Still songs like “Late Night Tip” and “Tear Da Club Up” remained popular only in clubs in the South, Juicy J had to get rid of demon worship and appeal to suburbia if he hoped to make it big.

The breakthrough came in 2000 when Juicy J teamed up with southern stalwarts UGK and produced Sippin on Some Sizzurp. The song was a breakthrough hit that not only propelled Three 6 to its first platinum record but let the world now about the south’s drug of choice.

The album, “When the Smoke Clears: Sixty 6, Sixty 1,” did not produce any other charting singles but gave Juicy J his first taste of the mainstream.

The Juiceman tried movies (“Choices”) and diversifying the artists on his label, Hypnotize Minds (see: Lil’ Wyte, Frayser Boy, and Indo G). While he certainly was building a rap empire, Three 6 Mafia and Juicy J had not solidified their position in the mainstream.

2005 was the watershed year for Juicy J. First came “Stay Fly” (an anthem for my homestate), which tore through the charts. Then there was the release of “Hustle and Flow,” essentially about the Memphis rap scene, and “Hard Out Here for a Pimp.” Finally, with “Poppin My Collar,” Three 6 saw its second Top 40 hit. Then it all came together when Juicy J and his team won the Academy Award in 2006 for best original song.

Juicy J had made it to the mainstream by staying at the helm of Three 6 and steering away from their horrorcore roots to radio-friendly hardcore rap. Middle school dances would never be the same.

For 2007, Juicy and the team were busy with “Adventures in Hollyhood,” probably my favorite show ever on MTV. In 2008, the group, now without Crunchy Black, released its last album (though not final), “Last 2 Walk,” which contained charting singles and saw a rawer version of Three 6.

Juicy J had achieved his success via Three 6. Just as the rest of the members of Three 6 had done before Juicy J embarked on his solo career.

From 2009 to 2011, Juicy J, like most other rappers in the Internet mixtape age, released 11 free mixtapes. Each saw him working with new artists and honing his club anthem sound.

Since 2012, Juicy J has worked with Miley Cyrus, Katy Perry, and Justin Timberlake and has seen the Top 100 several times. His major label solo effort “Stay Trippy” has not reached the success of Three 6 Mafia. Still, Juicy J remains one of the most potent cultural forces in hip-hop popularizing twerking and turning up.

Of course, he still has love for the Grizzlies and can still tear the club up.

Enter to win tickets to see Trio Da Kali at The Villa Victoria Center of the Arts (Newton, MA) on April 10th. END_OF_DOCUMENT_TOKEN_TO_BE_REPLACED

END_OF_DOCUMENT_TOKEN_TO_BE_REPLACED

Enter to win tickets to Rhye at The Paradise on February 28th. END_OF_DOCUMENT_TOKEN_TO_BE_REPLACED

Her new album has been pushed back, but we have Kimbra’s new single for you. END_OF_DOCUMENT_TOKEN_TO_BE_REPLACED

The folk duo returns with a new record this week. END_OF_DOCUMENT_TOKEN_TO_BE_REPLACED

Now that we’re done looking back at 2017, let’s look ahead at 2018. END_OF_DOCUMENT_TOKEN_TO_BE_REPLACED

Our first Song of the Week for 2018. END_OF_DOCUMENT_TOKEN_TO_BE_REPLACED

In a year when so many things were off, the music was right on. END_OF_DOCUMENT_TOKEN_TO_BE_REPLACED