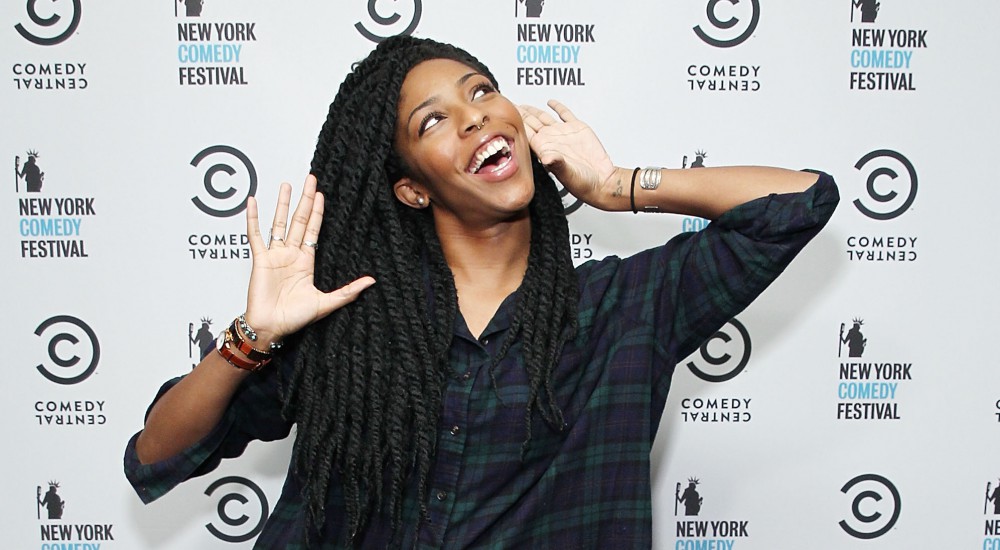 In the midst of speculation (including our own) on who will become the heir to the Jon Stewart Daily Show throne, the last place anyone would expect to find clarity would be in a Hot Tub Time Machine sequel, but here we are.

A leaked clip from the upcoming Hot Tub TIme Machine 2 (out February 20) shows the film’s protagonists travel to the year 2025 and watch a Daily Show broadcast about sentient cars hosted by, you guessed it: Jessica Williams, current correspondent.

In the clip Craig Robinson, Clark Duke and Daily Show alum Rob Corrdry all admit that even though the humor is referencing unfamiliar political issues of the future, the show’s “still got it.” While Williams isn’t necessarily a shoo-in for the job, having her as a host and Neil Patrick Harris as a president ten years from now doesn’t sound too shabby.

But what about Samantha Bee? Give the lady a chance.

A decade of Wreck The Halls. END_OF_DOCUMENT_TOKEN_TO_BE_REPLACED

Golden Globe and Emmy nominee Benjamin Wallfisch is the composer responsible for the score of the hit movie IT. I talked to Ben about his approach to scoring the new version of this iconic story and his thoughts on film and music overall. Some very insightful commentary; listen in. END_OF_DOCUMENT_TOKEN_TO_BE_REPLACED

Rupert Gregson-Williams is an award-winning film composer. He just so happened to compose the score for this summer’s big blockbuster Wonder Woman. We talked about his beginnings in film scoring, film scores that move and inspire him and, of course, Wonder Woman. END_OF_DOCUMENT_TOKEN_TO_BE_REPLACED

Jeff Rapsis is a New England-based composer and performer. Lately, he’s been creating live musical scores for silent film screenings. I talked to him about his process and a few of his upcoming performances at The Capitol Theatre in Arlington and the Somerville Theatre. You can keep track of where else Jeff is scoring silent films here. END_OF_DOCUMENT_TOKEN_TO_BE_REPLACED

Leah Wellbaum from Slothrust brought her trusty six-string to Studio B and turned in the first RadioBDC Session of 2017. Check out her three songs and her chat with Julie Kramer, recorded live on February 28, 2017. END_OF_DOCUMENT_TOKEN_TO_BE_REPLACED