Home Distilling: A How-to and How-not-to for DIY Whiskey Fans

American whiskey, by law, has to be aged in new, charred oak barrels, but why? What about putting spirits in wood makes them taste better? I decided to find out for myself, first by trying to age some in my own barrel at home, and finally, by finding out what local microdistillers do to make their whiskies so tasty.

Before we even get to the wood, we have to consider the distillate (the alcohol that distillers make before they do anything to it, like put it in wood, or add water). My idea was to take white whiskey, or unaged whiskey, and pour it in a barrel and hope for the best. Turns out this isn’t a great plan.


“Spirits age differently at different proofs,” Spencer McMinn from Grand Ten Distillers told me. “Having too much water causes straight oakiness, like drinking water off a deck.” As a result, most distillers will put a distillate, much higher in proof than something you’d ever drink, into their barrel, usually around 120 proof (60% alcohol). This is way higher than the 80 proof white whiskey I started with. Their distillate will also be much funkier and weirder, in need of some mellowing, before it goes into the barrel.


That’s where the wood comes in.
Finding your own barrel is easy, I grabbed a one liter charred oak barrel for my experiment, but when the real distillers do it, they typically use big 53 gallon barrels that have been burned on the inside. In theory, distillers can request that their cooper (the barrel maker) burns the inside to a certain level of char, but as Dave Willis from Bully Boy Distillers told me, “any honest cooper will tell you… once that barrel is on fire, it’s difficult to control.”


“The barrels have a dual purpose,” Willis says. “The flavors that they impart and then the mellowing effect that they have. Wood has got glucose in it, sugars that naturally occur in the wood, and when they char the barrels, all that glucose caramelizes. When you stick whiskey in a barrel that’s been charred, the char creates peaks and valleys, the spirit gets into those ridges and extracts that caramel flavor from the sugars in the wood.”


The charred barrel also acts like a filter. “The ‘filtering’ effect of the spirit being forced in and out of the charred wood smooths the alcohol ‘burn’ and removes undesirable chemical compounds,” Doug Ryan of Ryan & Wood told me. “By washing in and out of the wood, the spirit has essentially been passed through a big carbon filter similar to your water pitcher filter at home.” It’s this effect that creates what people often refer to as a “smooth” or “mellow” whiskey.


But all of this doesn’t happen right away, it’s takes time for the whiskey and the wood to work together.
“Barrel aging is all about temperature and the pressure of the environment,” Ryan says. “The spirits in a barrel expand in the hot summer and get pushed into the porous wood. In the winter, the spirits contract due to the cold, and wash back out of the wood.” Through this process, some of the distillate evaporates. Distillers call this the Angel’s share. “We lose 2% of the barrel each year,” Willis says. “However, it varies from state to state and environment to environment. In the south it can be as high as 6%.”


But just because this process produces tasty whiskey, doesn’t automatically mean that longer times always produce better spirits. “Most of the aging is taking place in the first two years,” Willis says. “That’s one of the misconceptions about aging. Some master distillers would never age an American whiskey for more than 8 years. It’s really between 2-8 that you get a perfectly aged whiskey.”


That said, not all whiskey acts the same as American whiskey. For instance, Scottish whisky, or scotch, can last much longer in oak because the barrels aren’t new, the spirit needs more mellowing, and it can stand up to a longer period of time in the barrel. It’s nuances like these that require a master distiller to sort out.


And it’s these nuances that were ultimately my own downfall. 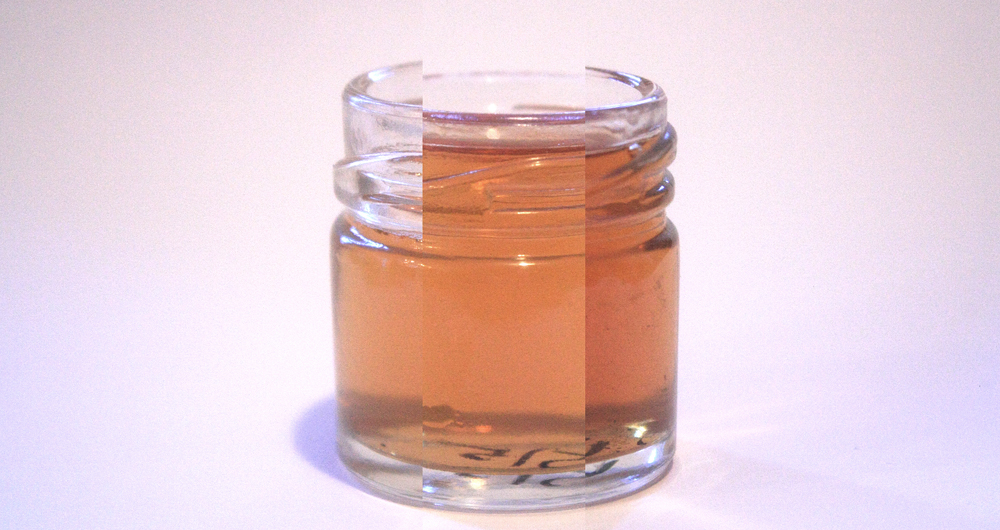 (Above Photo: My whiskey, from left to right, at one month, two months, and three months.)


In theory, I had the right idea. I had an unaged spirit (white whiskey), I had a charred barrel, and I had time. And yet, as I tried my whiskey every month for three months, the results were less than delicious. After just one month, the whiskey tasted creamy, sweet, and loaded with vanilla. It reminded me of vanilla extract. By month two, it had taken on a distinct woodiness, and by month three, it was undrinkable. It tasted like I was chewing on oak.


After talking with the distillers, my mistakes were obvious.


My main problem was my distillate. White whiskey is never meant to be aged, despite the implications in the name. Essentially, it’s just like vodka, it’s made to be sipped as is, or in a cocktail, and distilled in such a way that it’s much tastier than any actual unaged whiskey. Actual unaged whiskey is funky stuff that needs to take some time in a barrel to calm down and become the bourbon and American whiskey we know and love.


Fortunately we have some great distillers close to home working on their own whiskey for us, and other distillers across the country that have been creating delicious whiskey for far longer than I’ve been drinking it.


So, for now, I think I’ll leave it in their hands.