Hold Onto Your Butts, ‘Adventure Time’ Is Becoming a Movie 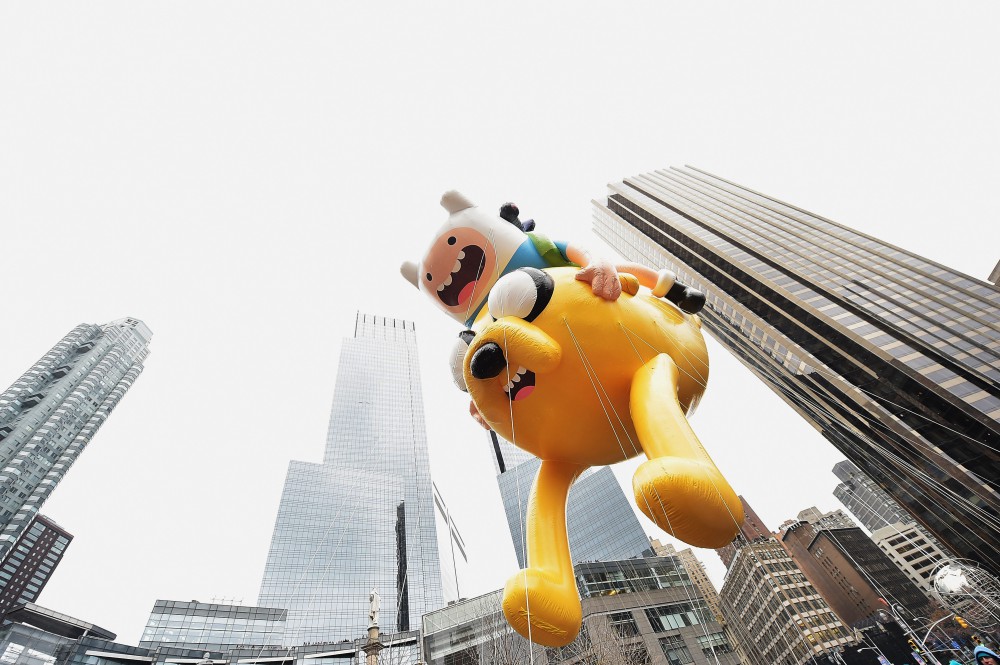 Mathematical! Kids, parents and pot dealers rejoice –  Adventure Time will be spun out into a full feature film by Warner Brothers.

The project will be helmed by Chris McKay (The Lego Movie, Robot Chicken) and Roy Lee (The Lego Movie), who are also working on the new Lego Batman Movie, which McKay will direct. In order to stay true to the Land of Ooo, Adventure Time creator Pendleton Ward and Cartoon Network Studios will also be deeply involved in the film’s production. Finn and Jake have been keeping us entertained for six wonderful seasons since 2010, with a seventh yet to air.

While there’s no word on a storyline or a release date yet, we can bet the Bubblegum Princess and Ice King will be making appearances in addition to old favorites like the Lumpy Space Princess, Evil Guy, Marceline and the Earl of Lemongrab in addition to our two main buddies.

Is the world ready for ninety consecutive minutes of the wonderful fever dream? Absolutely. Until then, we wait.

Golden Globe and Emmy nominee Benjamin Wallfisch is the composer responsible for the score of the hit movie IT. I talked to Ben about his approach to scoring the new version of this iconic story and his thoughts on film and music overall. Some very insightful commentary; listen in. END_OF_DOCUMENT_TOKEN_TO_BE_REPLACED

Rupert Gregson-Williams is an award-winning film composer. He just so happened to compose the score for this summer’s big blockbuster Wonder Woman. We talked about his beginnings in film scoring, film scores that move and inspire him and, of course, Wonder Woman. END_OF_DOCUMENT_TOKEN_TO_BE_REPLACED

Jeff Rapsis is a New England-based composer and performer. Lately, he’s been creating live musical scores for silent film screenings. I talked to him about his process and a few of his upcoming performances at The Capitol Theatre in Arlington and the Somerville Theatre. You can keep track of where else Jeff is scoring silent films here. END_OF_DOCUMENT_TOKEN_TO_BE_REPLACED

Comedian Myq Kaplan is a comedian named Myq Kaplan. He joined me in studio this afternoon, and he’s at Laugh Boston this weekend. Click here for tickets. END_OF_DOCUMENT_TOKEN_TO_BE_REPLACED

Planning on seeing Rogue One: A Star Wars Story when it opens this weekend? I joined Adam 12 to give you an idea of what to expect. But don’t worry, I didn’t give anything away. END_OF_DOCUMENT_TOKEN_TO_BE_REPLACED

My goodness, I love Sue Costello. It was great having her back in studio today to talk about her one-woman show, #IAmSueCostello, playing tonight at the Revere Hotel. Click here for tickets. END_OF_DOCUMENT_TOKEN_TO_BE_REPLACED

Trump Takes On…Boston! is running now through election night at Laugh Boston. David Carl was back in studio this afternoon to talk about bringing Donald Trump to the stage, the cathartic element (for both him and the audience) and how audiences have been reacting so far. END_OF_DOCUMENT_TOKEN_TO_BE_REPLACED

Trump Takes On…Boston! has arrived at Laugh Boston. I had comedian David Carl, who is portraying Trump, in studio this morning to talk about the show. END_OF_DOCUMENT_TOKEN_TO_BE_REPLACED