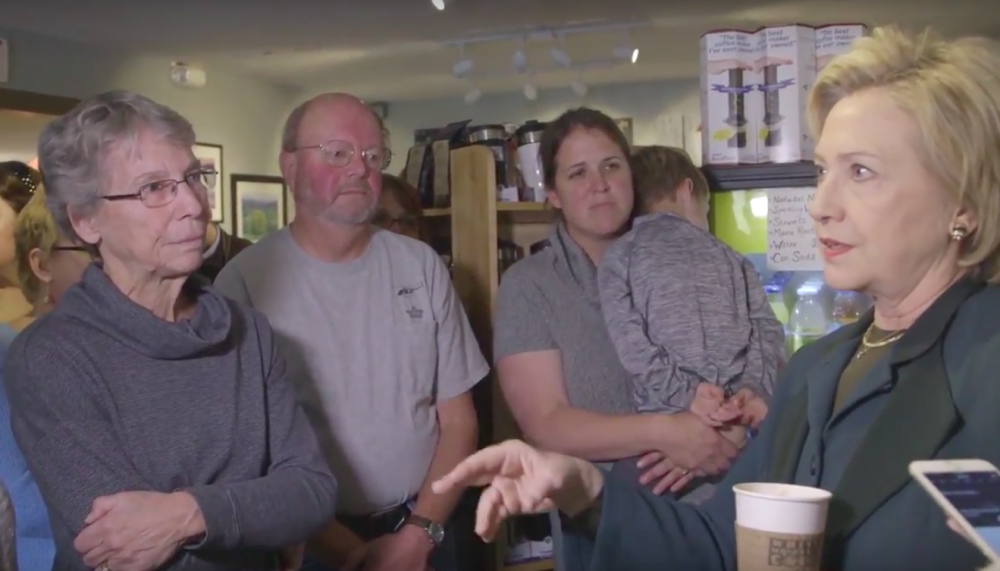 Why take your coffee black when Hillary Clinton can serve it to you blue?

At a recent campaign stop, Clinton went to the White Mountain Cafe in Gorham, NH after hearing that was the place for a good cup. What began as a run-of-the-mill public appearance ended up inciting a conversation about the American early education system.

A retired school nurse, a high school teacher and an elementary school educator were also at the Cafe that morning and shared with the presidential candidate their beliefs that both students and teachers need to be better prepared to learn and teach. Clinton told them that reforming education is one of her highest priorities.

“I want to streamline and focus on where the most important points of intervention are,” Clinton said, holding a cup of coffee in her hand. “One is more support for teachers because teachers need to feel that we have your back. And the other big emphasis is on early childhood. I want to have universal pre-K but…that’s not enough. We need parents as teachers.”

Clinton explained that she wants to get to the foundation of what works and what has a history of demonstrating positive outcomes in schools.

“Because when you strip it all away, the most important part of all this are the relationships between the parents and the child, with caregivers and supportive personnel, and with teachers.”