Allston is home to many things such as king sized rats, cool bars, college kids, bands and illegal apartments owned by slumlords. But, one of the many things about “Allston Rock (Rat) City” that is often overlooked is the food. If you stand on the corner of Harvard Ave and Brighton Ave and travel just a few blocks in any direction, you can take a cheap tour of the world with your beer soaked stomach. You can stumble through the Middle East to Brazil to Japan to Ecuador to England. If your palette is more geared towards something more home-grown, Allston has that too. If you are on a budget (read: have a working knowledge of which ATMS give out $5 bills) and still want something delicious, this guide to some of Allston’s hidden gems is for you.  Twin Donuts is cheap and great, but you already know about it.

This is pretty much your quintessential late night falafel place. When it first opened, it wouldn’t close its doors until 3 a.m. Some busy bodies who probably should have been keeping tabs on Alpha Management instead changed all that, so now you have to get there before 2. Vegetarian roll-ups are $5.99 and if you are paying with a card they have a $10 limit. So either find a friend or buy one for later; they taste great in the morning too. If you are looking to get wild, the Azama Wrap is the best of different Azama offerings with French fries and jalapenos. If you want some shawarma, those wraps start at $7.50. You can’t go wrong with beef and lamb. 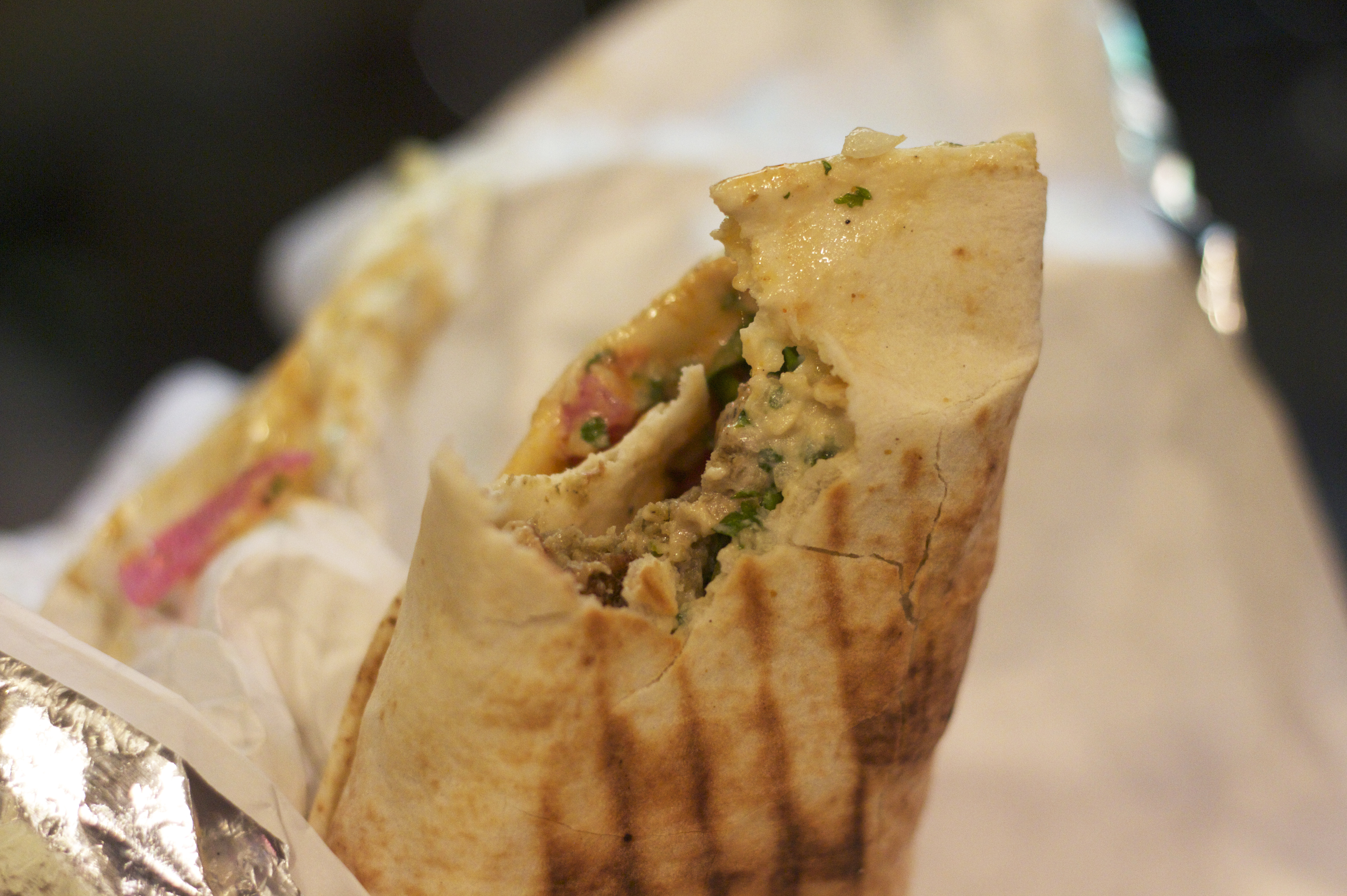 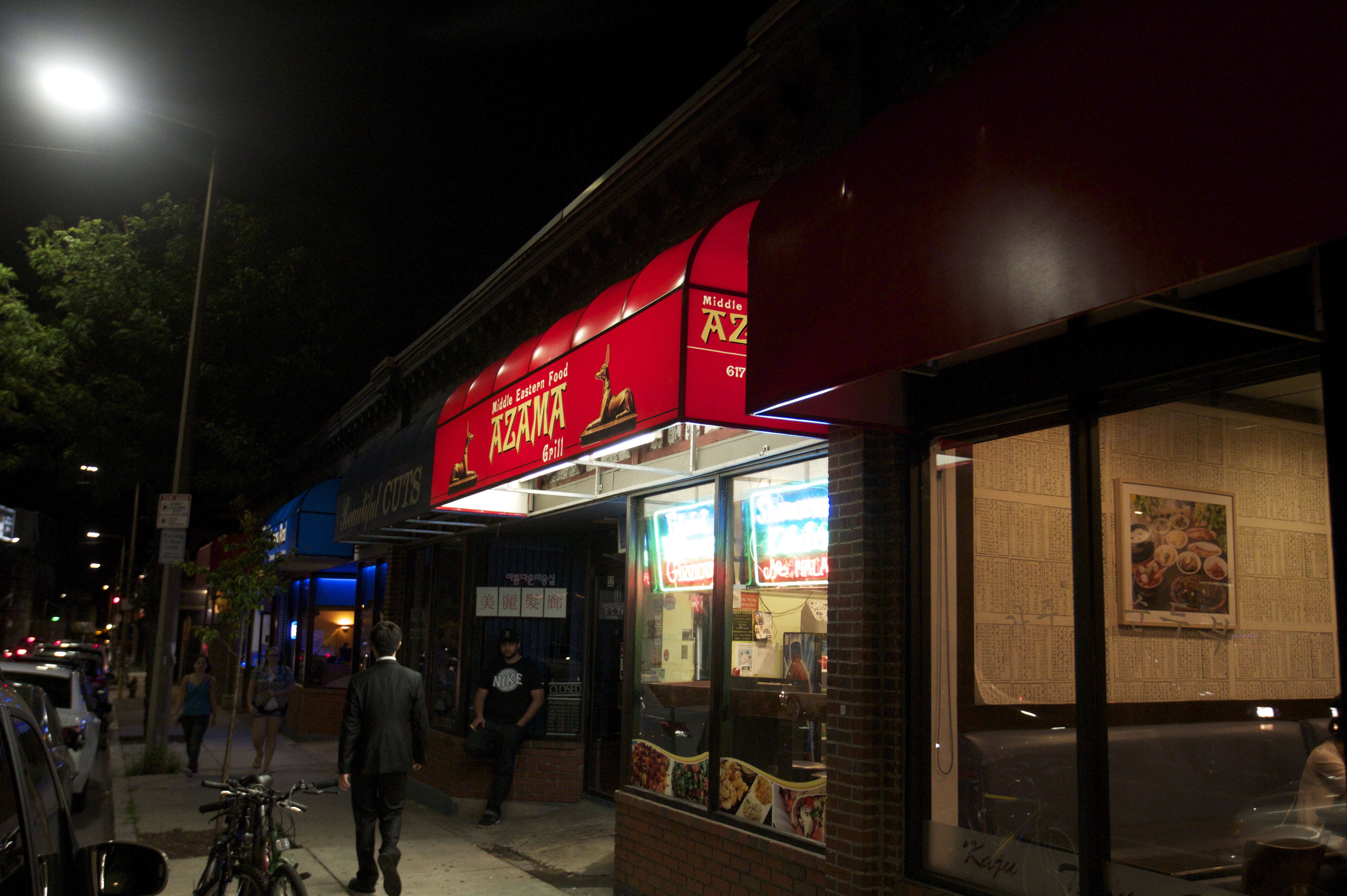 You have probably walked or driven by this place dozens of times on your way to Blanchard’s. I didn’t know anything about it until my girlfriend took me there, and she only learned about it from her Brazilian friend. So this is some really inside-baseball stuff. I’d be lying if I told you I had a great handle on their menu or could pronounce anything they serve. I come in here mostly for the coxinha. It’s shredded chicken wrapped in dough, then breaded and deep fried. They also have a version with cream cheese which is highly recommended. They only cost $3.50 and you should really do yourself a favor and get one. Brasilia, by the way opens at 5:30 a.m. if you’re up really early or really really late and need a snack. 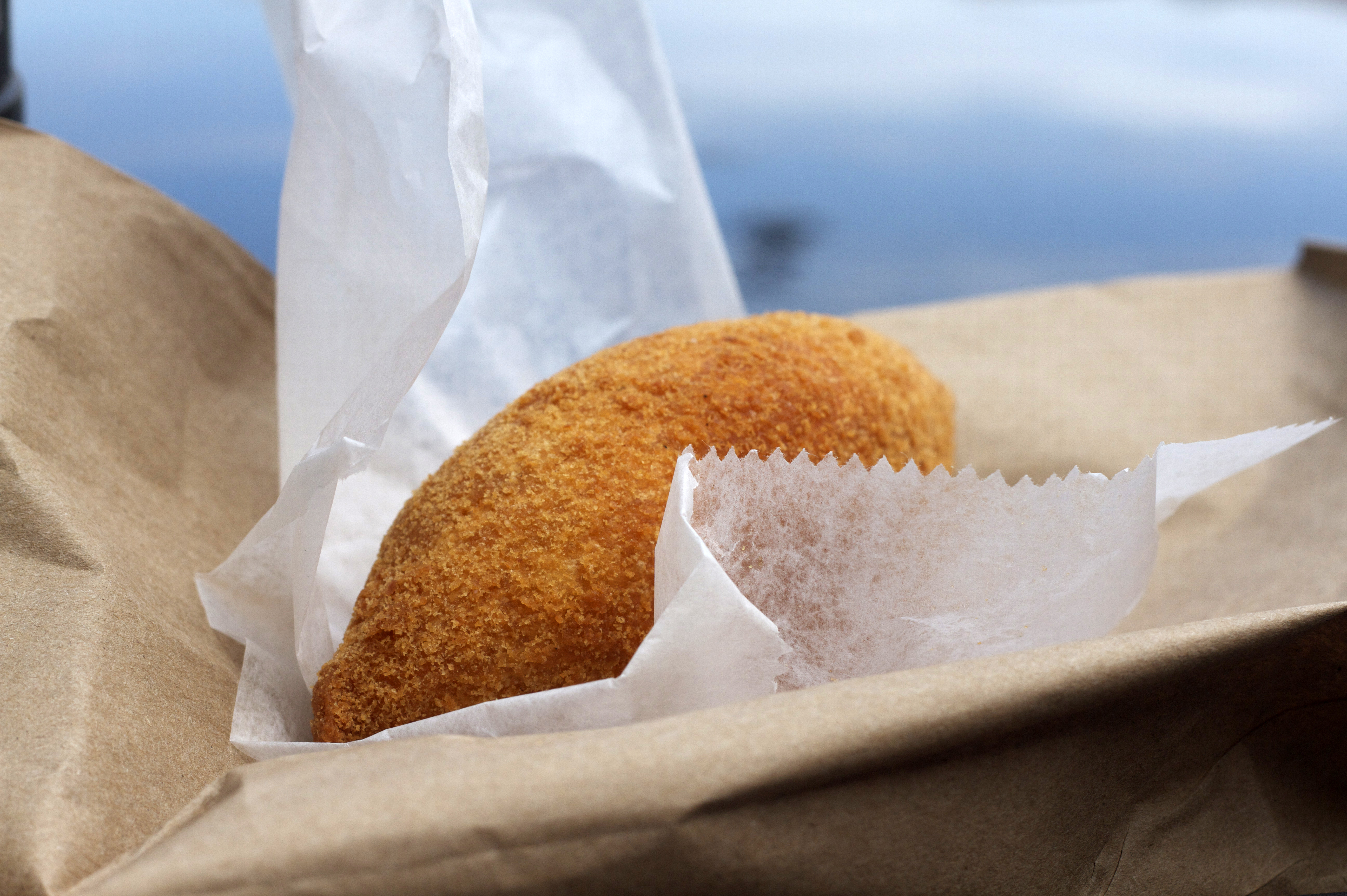 This Lower Allston “convenience store” is really easy to miss. It’s not really so much a market as it is what seems to be a converted home with a few jars of Ragu and Easy Mac for sale along with a deli counter. I can’t imagine you’d come here for anything besides the delicious sandwiches. I recommend their Italian, but they also have tuna and egg salad subs all for under $5. The counter is usually managed by a sweet older lady, but sometimes there is a guy there, possibly her son, who looks like the bassist from Yo La Tengo. 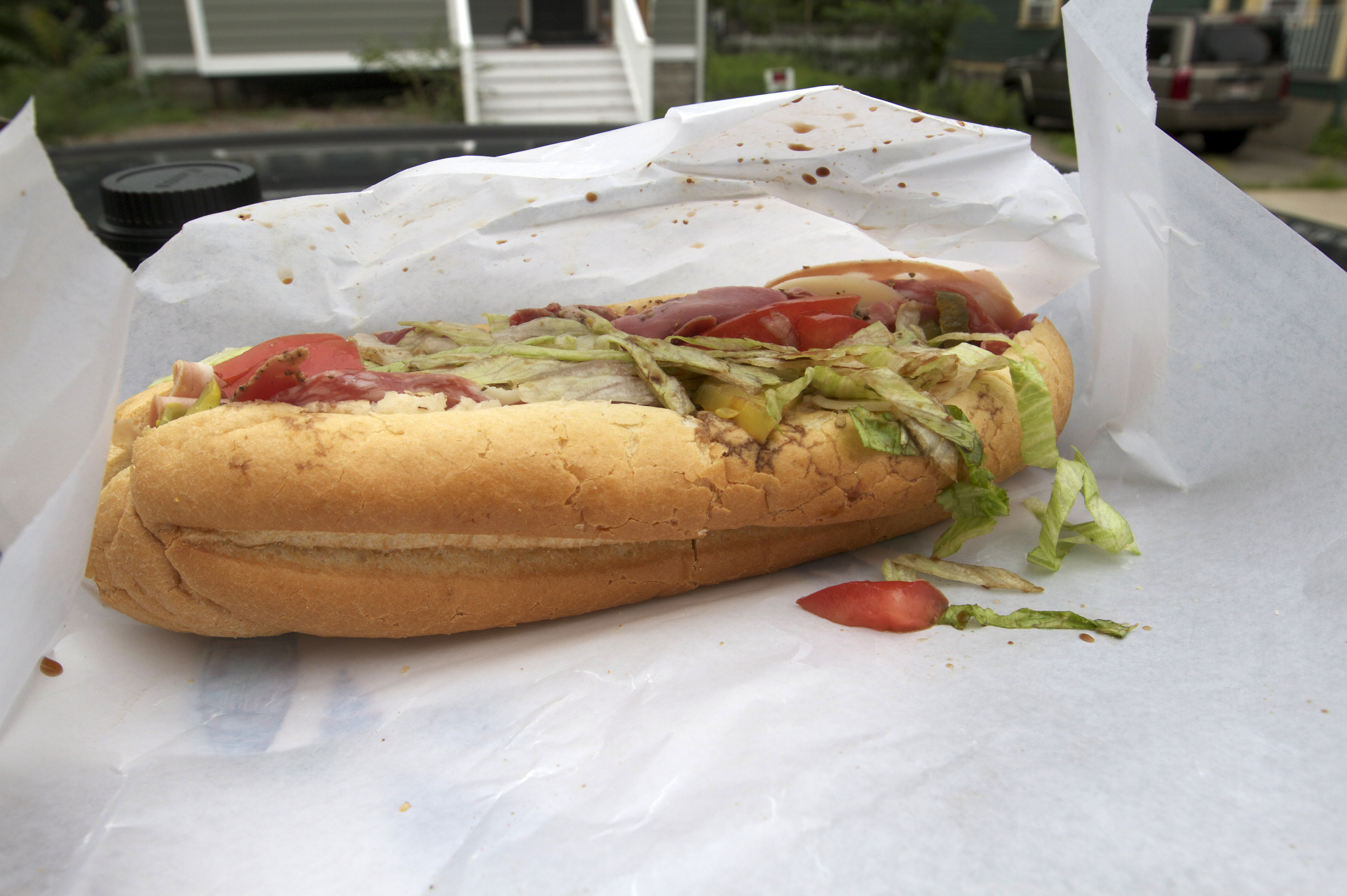 This Asian supermarket/food court is a beacon of tasty and fast noodles, dumpling and samosas. One of the best things you can get here is the $4 Banh Mi sandwiches. They are sold by a few of the different restaurants, but the master is Baco Banh Mi. This Vietnamese specialty is a French baguette (the result of French colonialism) filled with pork, carrots, mayonnaise and cilantro. 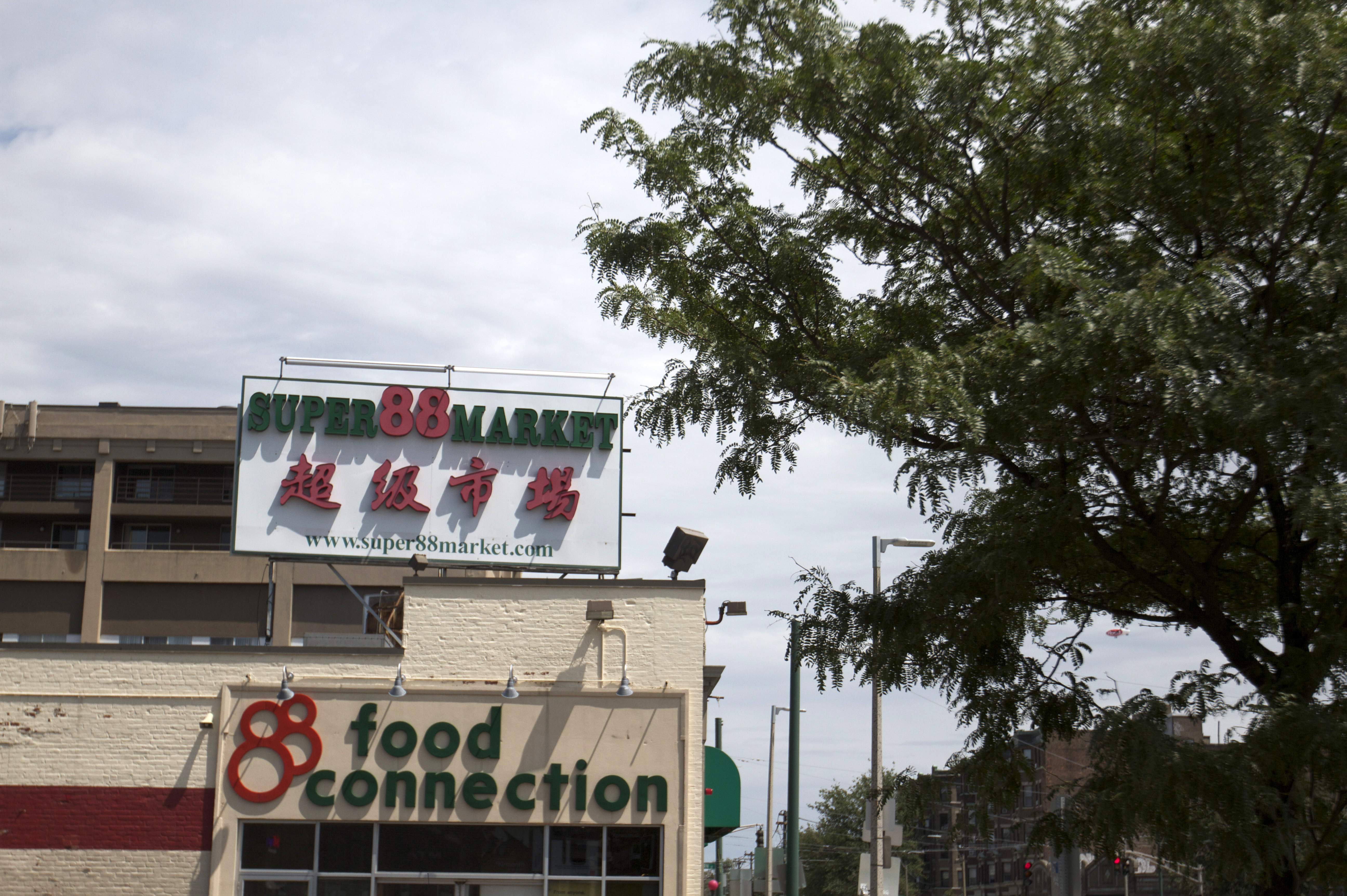 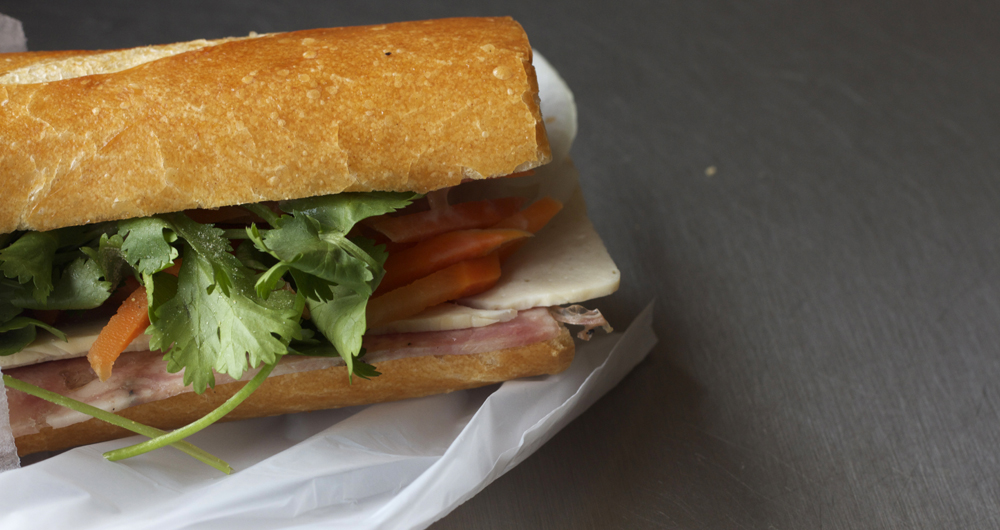 Befana is an Italian folklore character who is like a witch, but delivers gifts to children, sort of like Santa Claus. There may be some joke in there about pizza being delivered to tipsy kids coming from the Model, but I’m not going to make it. This is some awesome pizza that, by being slightly out of the way, somehow slips through the cracks. One slice (which is actually two slices anywhere else) is only $2.75. I recommend the Spicy Thai specialty slice, even though it’s not actually that spicy.

15 N Beacon St. in Allston
This is a pretty salty bar in Lower Allston. It’s a sports bar that’s usually filled with guys named Sully who could tell you stories about the “Combat Zone”. They have both Keno and a Scratch Ticket vending machine, which is proudly displayed on their menus. This bar juxtaposes sharply the encroaching Harvard mega campus, so this place may become ground zero for some gentrification soon. Either way they have some tasty bar food, like the Pastrami and Swiss sandwich, which blows my mind. Just be slightly cautious, I asked the waitress about how their potato and pasta salad were and her response was simply “mayonnaise-y.”

252 Western Ave. in Allston
They have one of the best deals in Boston, and I’m simply amazed that this place is always so dead at night. After 11 p.m. every night, they have dollar slices of pizza when you buy a drink, and Rolling Rock tall boys are only $2. I’ll be honest, I end up here a lot because they have the best pizza and I love deals. 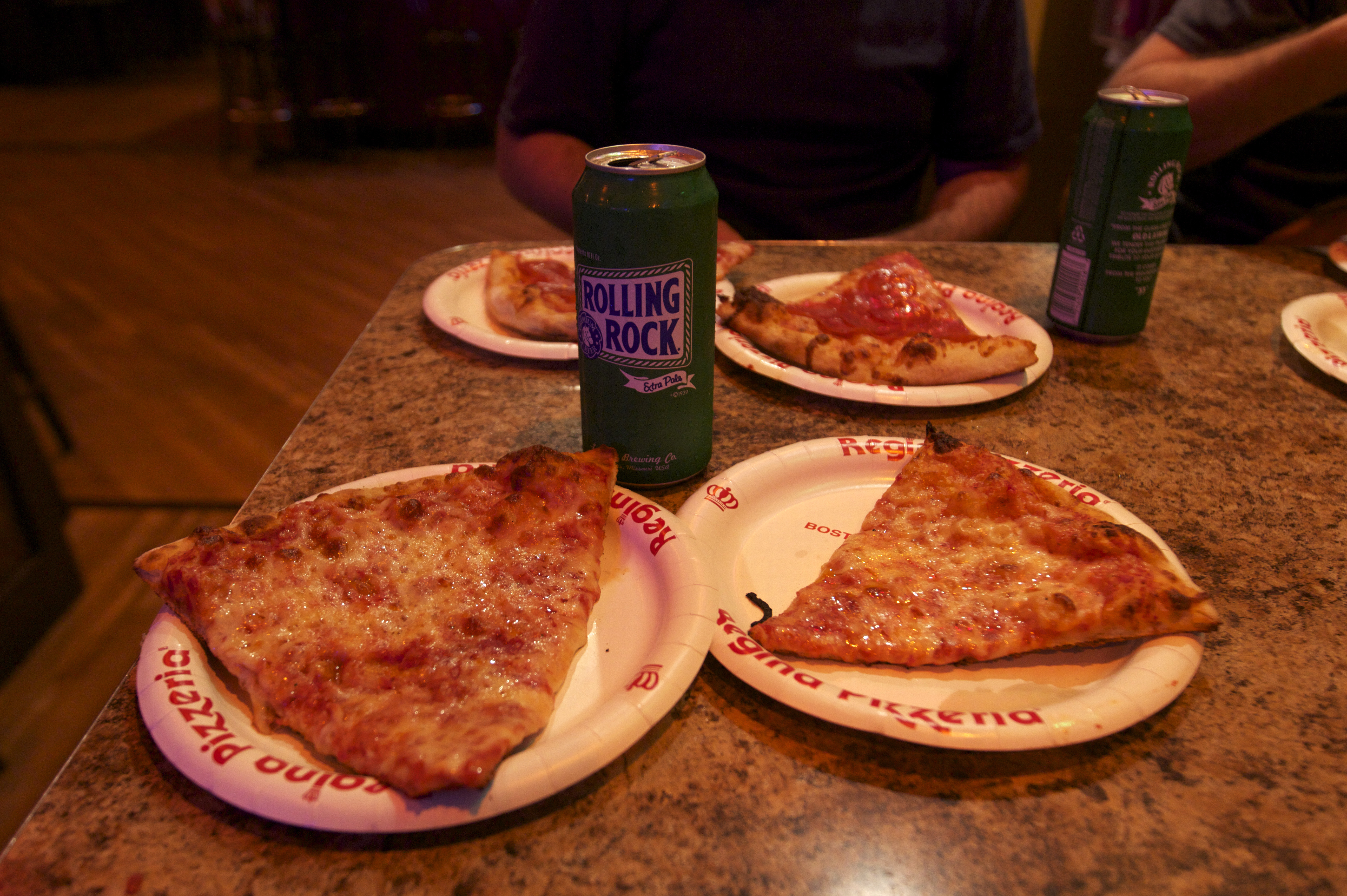 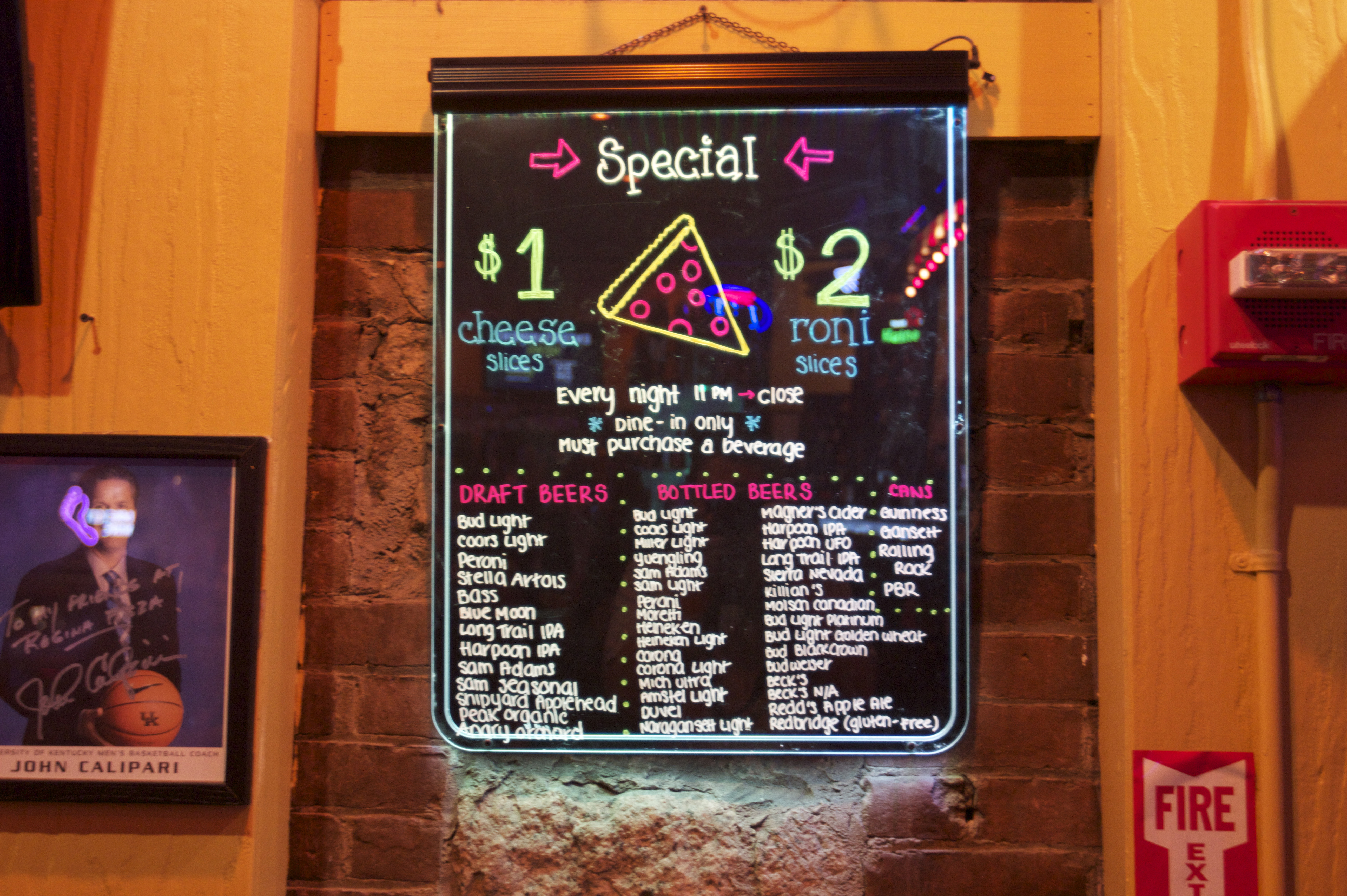 This place isn’t cheap but it is a hidden gem. This English bar nestled into Glenville Avenue is certainly much fancier than most things in Allston, but they have a large drink menu and can go toe to toe with Deep Ellum in food and beer, it just lacks the character. This place is probably best for bringing a date to: show off how well you know the neighborhood while pretending that you can’t usually be found at Regina Pizzeria most nights after 11 p.m.

87 Glenville Ave. in Allston
While you won’t be able to visit this spot on nights or weekends, it is an unbeatable pick for a stop on a lunch break during the work week. Located in a gas station (never a true sign of a fine sandwich place, but believe me, this one rules), The Boathouse Deli’s subs are made on fresh bread, piling on meats, cheeses, and homemade sauces for some delectable creations. The Boathouse Special is a true go-to, with prosciutto, fresh mozzarella, tomato and basil on an Iggy’s baguette.