Hey Boston, will you be Eli ‘Paperboy’ Reed’s Valentine? 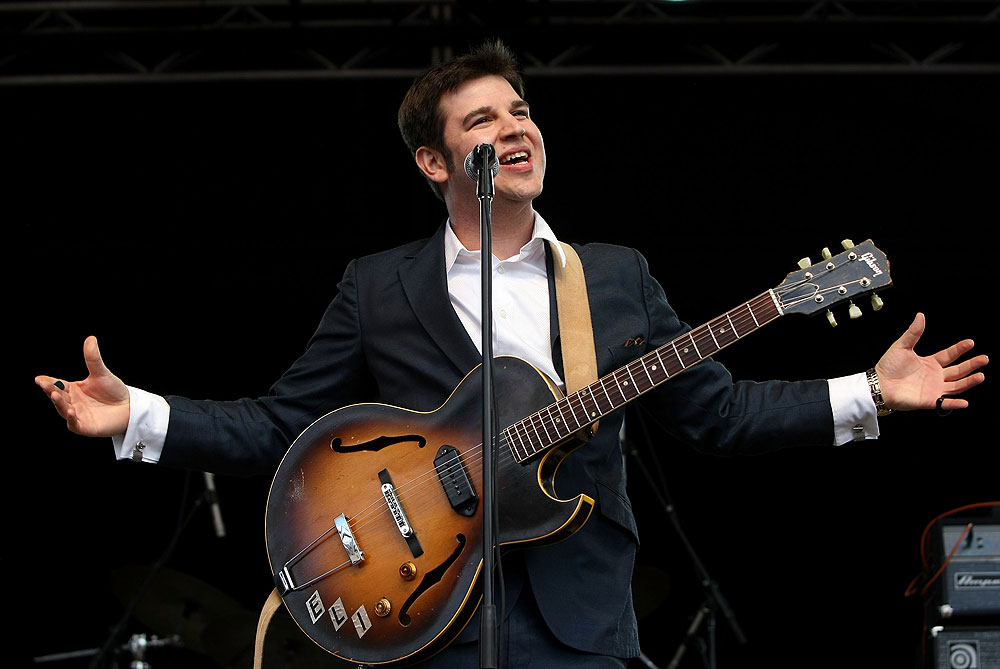 When most Boston kids come home for a visit and it’s been awhile, chances are they’ll hit some hometown haunts — say, Anna’s Taqueria — and catch up with friends from high school. Eli “Paperboy” Reed is no exception, though his schedule will be a bit more intense when he returns to Boston this weekend. The boy from Brookline will likely stop into Anna’s for a burrito if he’s got the time (he was there when the location in Coolidge Corner opened, after all) and he’ll see some friends from high school. The thing is, he’ll be performing alongside his friends from high school — namely, Ruby Rose Fox — in front of a packed house at The Sinclair, a venue that wasn’t standing the last time he was home. He’ll be headlining a Valentine’s Day dance instead of going to one. He’ll be the one singing the songs that everyone else in the room is singing along to.

And this is why Eli “Paperboy” Reed isn’t just another hometown kid who hasn’t seen Boston for a while. It’s because he’s the next biggest thing to come out of Boston that we likely won’t see out of the spotlight from now on.

Since moving from Boston to Brooklyn a few years ago, Reed has scored a deal with Warner Music, toured internationally a few times over, perfected his vintage croon (and the pompadour to match) and reinvented his approach to writing music entirely. “Come and Get It,” Reed’s robust 2010 major label debut, delivered his uncontainable tenor, the kind of voice that hasn’t reverberated with that kind of intensity since Motown’s heyday. The horns, hopelessly romantic sensibilities and curvaceous hooks he honed on “Come and Get It” garnered him immediate accolades, but Reed was ready for a sizable shift to see where the limits of his creative courage lay. That’s where “Nights Like This” comes into play.

“It’s definitely a step in a slightly different direction,” Reed says of the new material. “It stays true to the sound that we’ve created, but I think that we’ve updated things and we’re becoming broader. This is the first record I made more in the studio as opposed to with my regular live band. Before, I would write with my guitar and I didn’t really think too much about melody. Where I come from as far as soul music and gospel-type singing goes, it’s not really about melody as much as it about energy. When I would work with different writers, a lot of the time we would start with melody before we would start with lyrics, and that was something that they kind of showed me as a way to get people’s attention, to catch people’s ears. We started with melody and worked our way backward, which is something I’d never done before.”

Reed found creative kismet in Michael Fizpatrick — a.k.a. Fitz, of like-minded Los Angeles neo-soul brigade Fitz and the Tantrums — and the resulting collaboration brought forth “Shock to the System,” the first single on “Nights Like This.”

“It was exciting to see people’s different ways of approaching the creation of a song,” says Reed, reflecting on time in the studio with Fitz, his writing partner Ryan Spraker, and producer Dave Bassett. The newly formed collective started messing around with different sonic combinations, like running 10 tracks of Reed’s vocals instead of a vibrant brass section, taking a synthesizer and pumping it through a tube amplifier that was built in the 1940s. “We came from different backgrounds songwriting-wise, but we got in a room and for whatever reason, we clicked. It was the first session we ever did for this [‘Nights Like This’] … and ‘Shock to the System’ set the tone for the whole record. I was surprised. I didn’t really know Fitz too well, and it wound up being a really great and fruitful collaboration.”

Experimentation and collaborations broke new ground for Reed, and “Nights Like This” looks to lightning in a bottle, as far as releases with high expectations go. But the Brookline kid is still banking on the croon and boisterous belt that got him there. If anything, it’s his voice that continues to push him and secure spotlights on major stages worldwide.

“Writing a love song is kind of writing with a common language, you know, but everybody has their own different dialect,” he says. “It was interesting to see how different people did that. The way that I sing and my style, it’s not really going to change at this point. In terms of approaching the song that’s more of a melodic pop song as opposed to a screaming gospel tune, if I approach it the same way I would anything else, all of a sudden, my approach is going to be unique to me. It’s also allowed me to take more chances as a writer production-wise, because I know that my voice is going to bring it all back home.”